Dojo Classics - If Uni-Mind Then I Don't Mind! 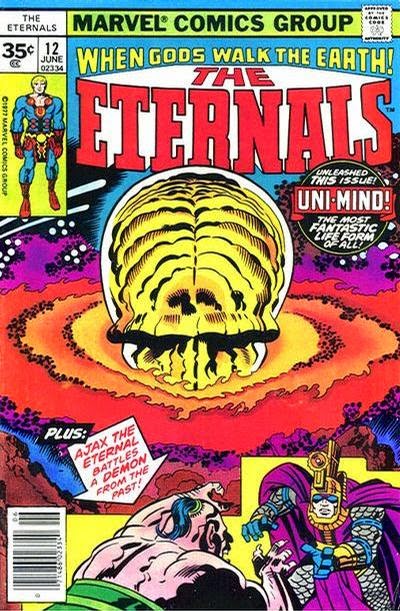 When the Space Gods land, the Eternals react in many ways. But their leader Zuras has one reaction, to call together the whole of the Eternals population to the city of Olympia (even far away players like Thena, Ikaris, and Sersi - Ajak is notable for his absence, limited as he is by the dome of the Space Gods). They then proceed with a ritual which is better seen than explained. 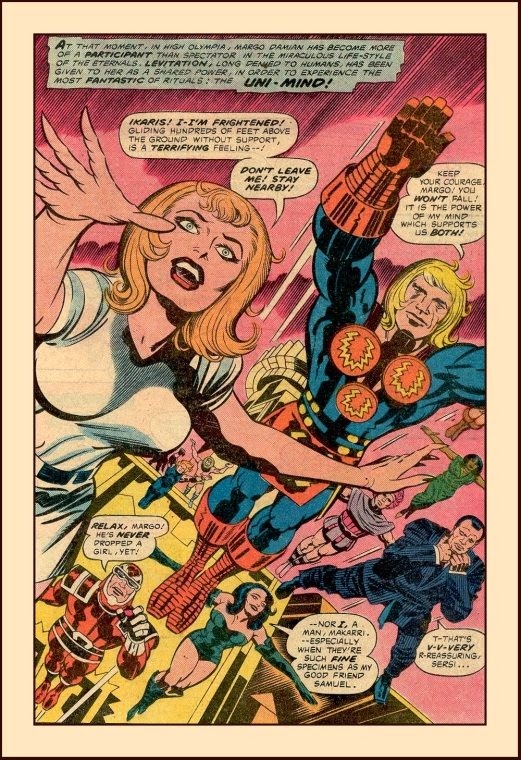 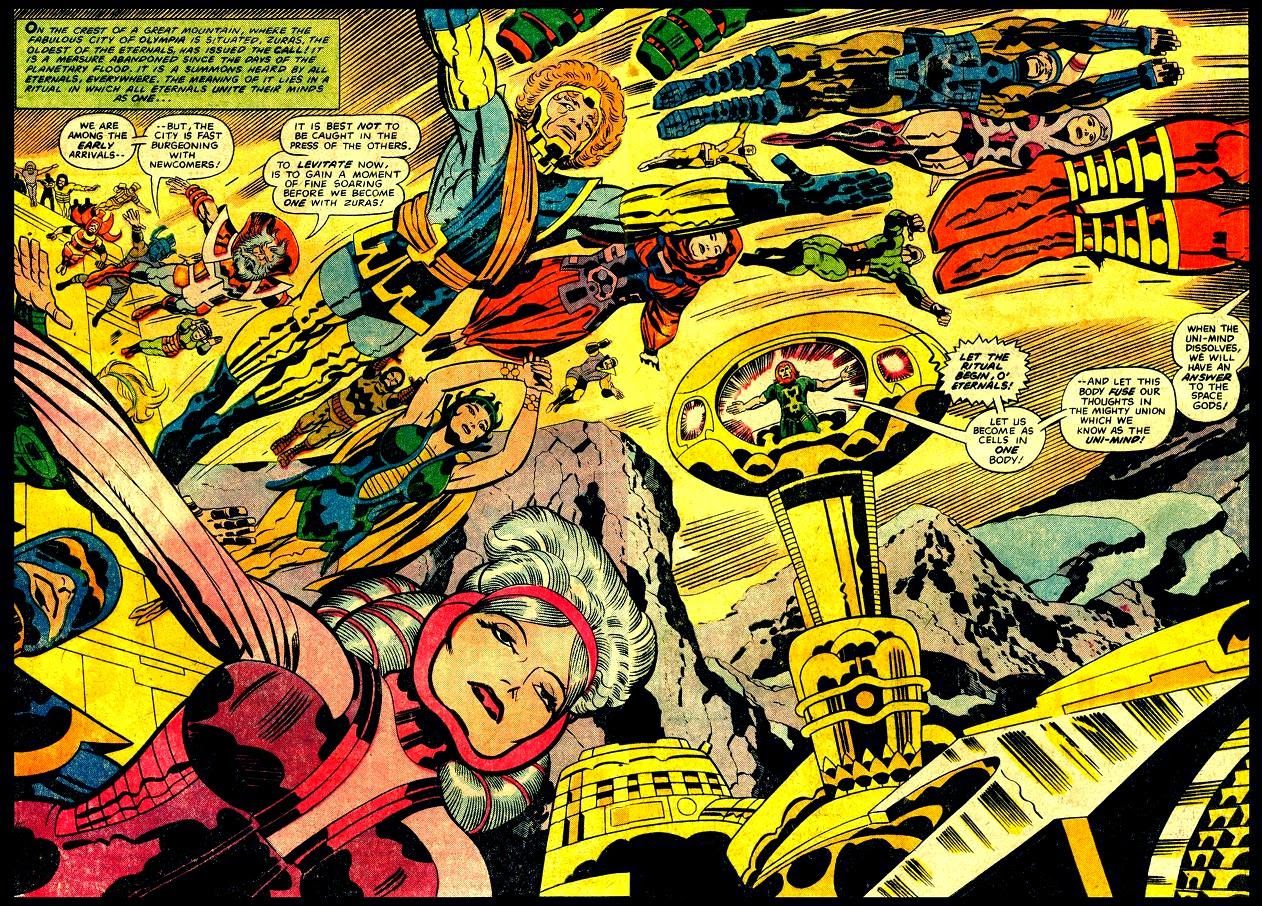 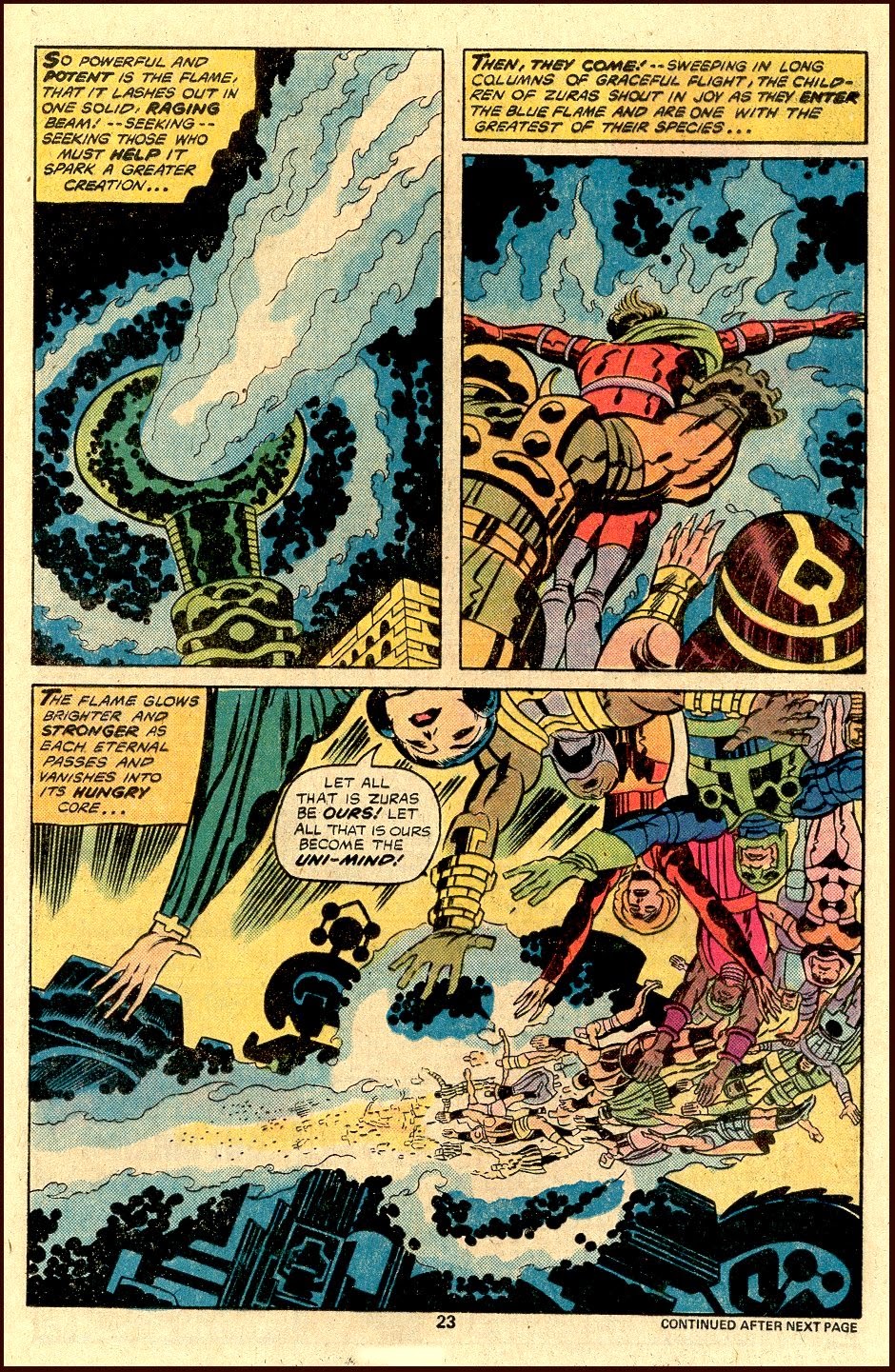 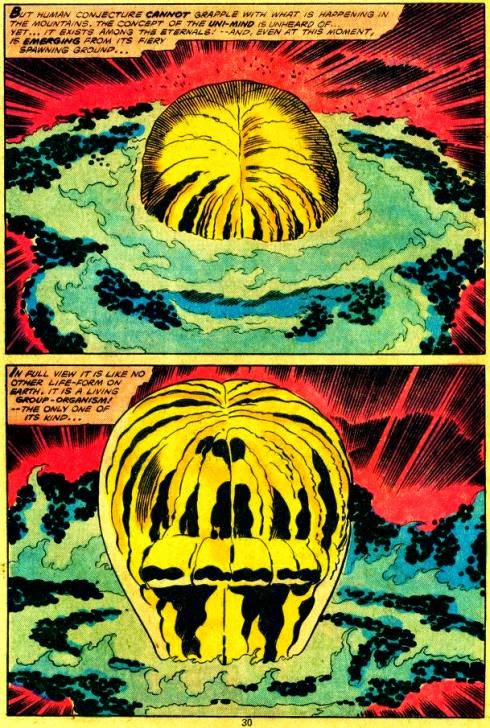 The Uni-Mind is a pretty ugly image, but imagine the whole of Eternal society having sacrificed their individuality to form the ultimate gestalt, a form which might make them capable of communicating with the Celestial Host.

Kirby has played with the "hive mind" idea before and will do so again in his career, but here it seems a weird expression. The Eternals do not seem to me to be the types of folks who would so blithely give up their individual expressions, but here they do with relative aplomb.