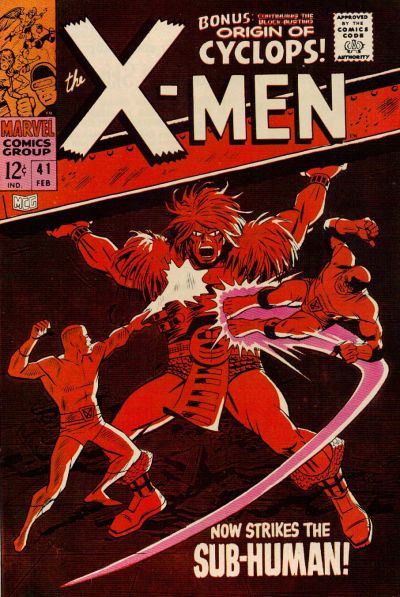 In X-Men #41 we meet the Gortokians. This is yet another subterranean race which eventually will be yet another variation of Deviant genetic technology. They were specifically bred as slaves who were used to erect the sprawling underground cities occupied by the Deviant race. The race was almost completely destroyed by underground nuclear testing. 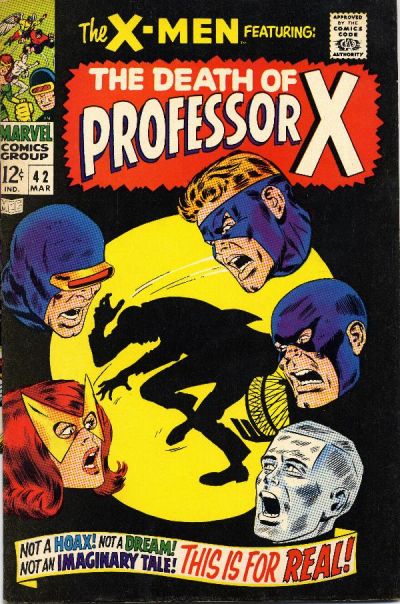 The one exception was a particularly nasty chap named "Grotesk" who sought vengeance for his slaughtered people and tried to achieve by killing Professor Xavier, the leader of the X-Men. At that time the X-Men thought Professor X was indeed slain and the team eventually broke up for a brief time. But soon they learned that another mutant named "Changeling" had substituted himself for Xavier while the latter prepared for a massive alien invasion. 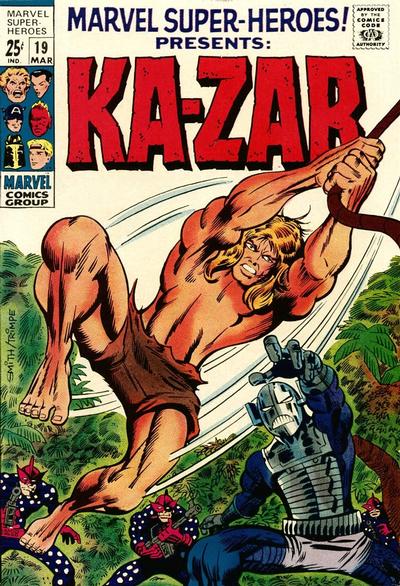 It is suggested in some sources that the "Golden People" first and only seen in Marvel Super-Heroes #19 in a Ka-Zar story are a remnant of the Gortokians.
Next time it's the ultimate Deviant deviation when we head into deepest space with the Skrulls.
Rip Off
Posted by Rip Jagger at 1:00 AM