Dojo Classics - Out Of The Crypt! 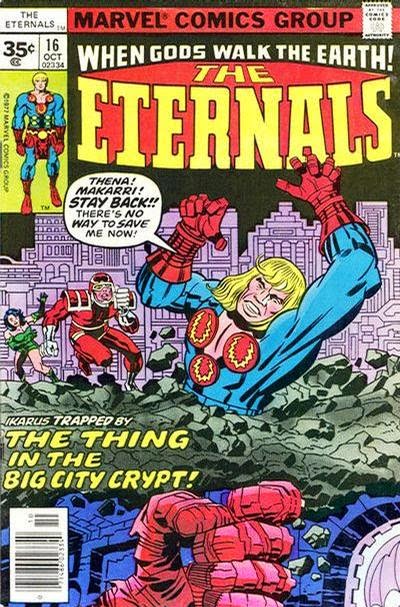 After Zuras dispatches the "Cosmic Hulk" the Eternals find themselves immediately embroiled in another battle, this time with "The Thing in the Big City Crypt". That "Thing" is an old Deviant it turns out, one named "Dromedan". Long ago he had been defeated by Zuras and was locked in a tomb beneath New York City with a giant helmet which stifled his ability to mentally control the will of others. 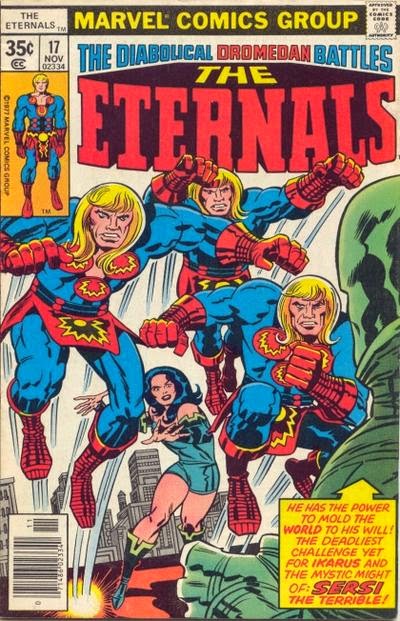 Dromedan proves to be a most worthy opponent battling Ikaris, Makkari, and Zuras to pretty much a stand still and threatening the subdue the will of vast populations on Earth when Sersi joins the fray. Her abilities turn the tide at last and Dromedan is finally destroyed when after Sersi has distracted him with multiple images of Ikaris, the Polar Eternal unleashes his powerful eye beams which seeminly disintegrate the ancient enemy once and for all.

Dromedan is an impressive looking enemy, but is dispatched with relative ease though admittedly it takes four Eternals to do the deed. What Dromedan does add to the narrative is an idea Kirby has played with much more thoroughly in other venues, and that's the idea that the power to subdue someone's will to your own is an awesome and frightening power. It seems in many ways to the core dread on Kirby's part. He explored the idea of course at length in the "Fourth World" with the Anti-Life Equation and to lesser degrees with villains like Dr.Doom, Loki, and as we see here Dromedan. 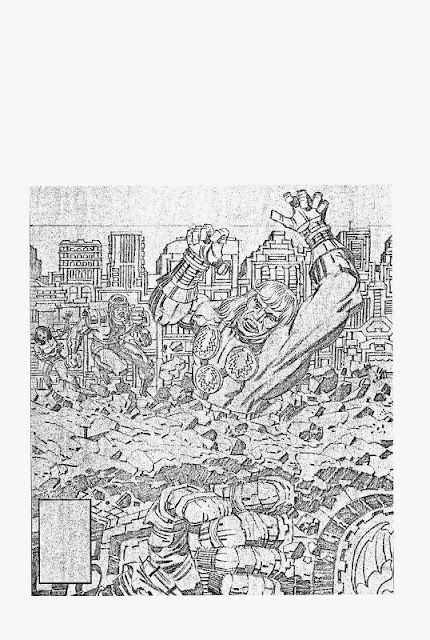 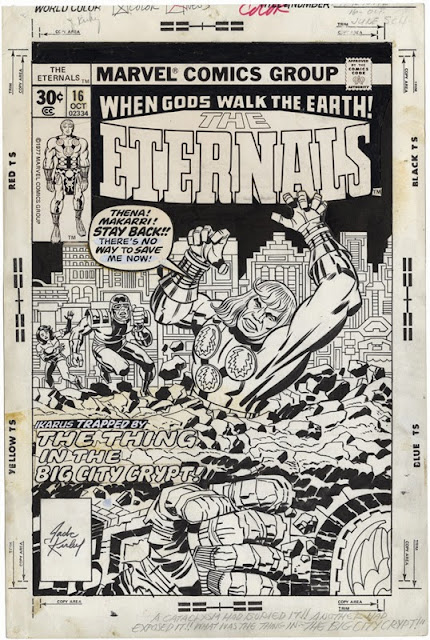 Here's a look at how the first Dromedan cover was developed.
More to come.