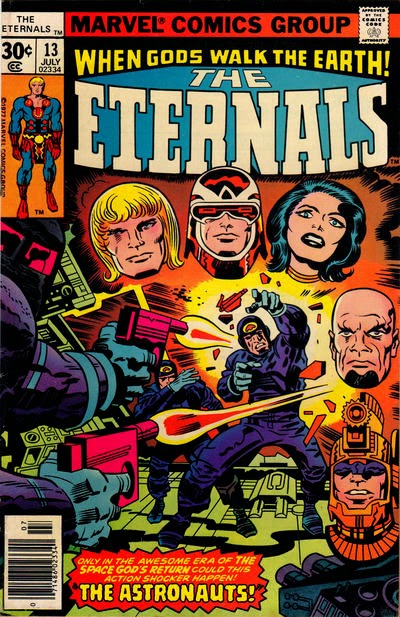 "The Astronauts" is one of the best Eternals stories and introduces one of the most fascinating characters. "The Forgotten One", an Eternal punished by Zuras for unnamed crimes has in Earth's past been a great hero. Later it will be revealed he was Gilgamesh, Hercules, and others. 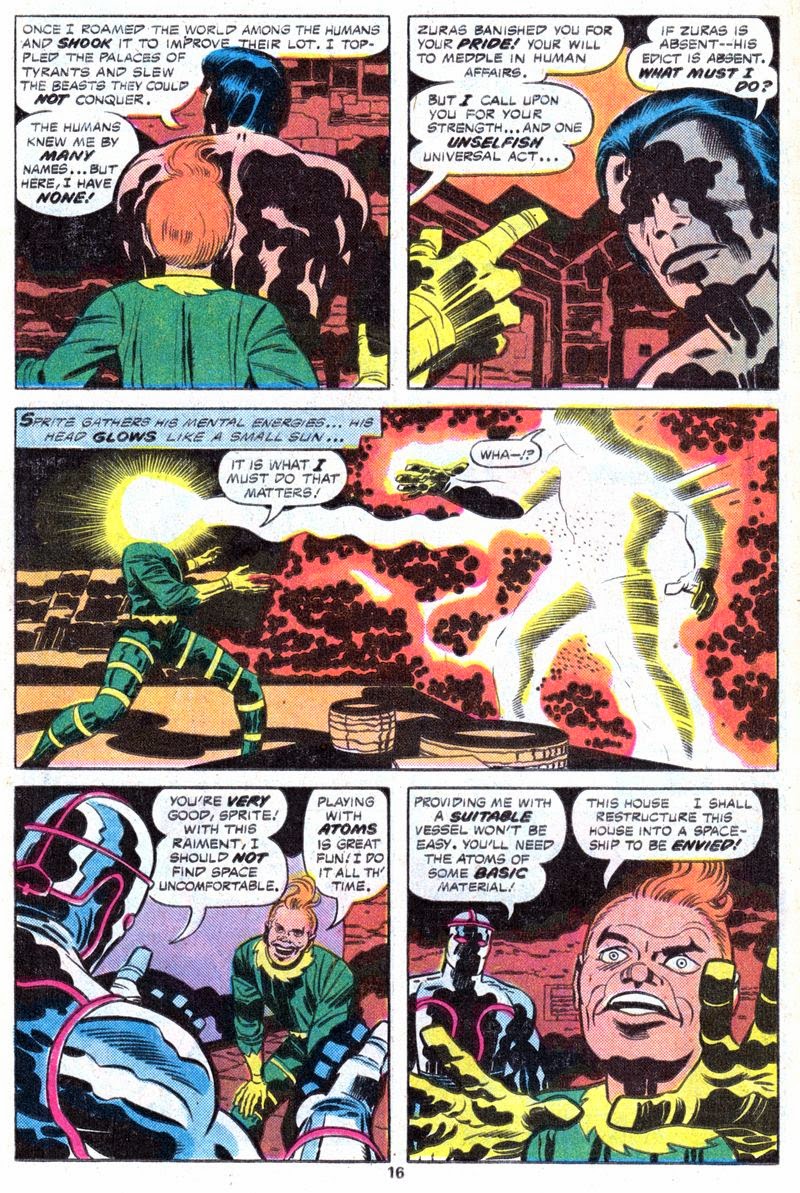 When the Deviants send a flying bomb to the ship of the Celestials, Sprite, an always-young Eternal who inspired Shakespeare's Puck,  goes to the Forgotten One and enlists his aid. All the other Eternals are within the Uni-Mind, so with Sprite's help the newly clothed hero flies to intercept the kamikazi mission by the depraved Deviants. Also flying to the great ship is a space shuttle piloted by two American astronauts. 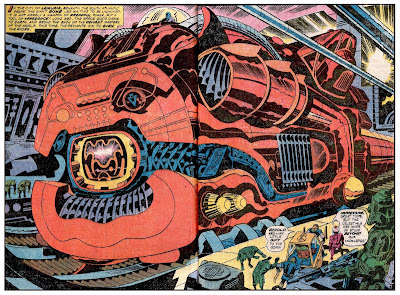 The One-Above-All, the hidden leader of the Celestials detects the threat and solves the problem with typical Celestial cleverness by shifting the crews of the three vessels. The American end up on the Eteranal ship which they are able to fly safely to Earth. The Deviants end up on the American shuttle which they crash, thus fulfilling their death wish. And the Forgotten One ends up on the Deviant bomb-ship which he disables before being transported to the great Celestial ship itself. The story ends with the hidden Celestial taking an interest in the nameless Eternal hero. 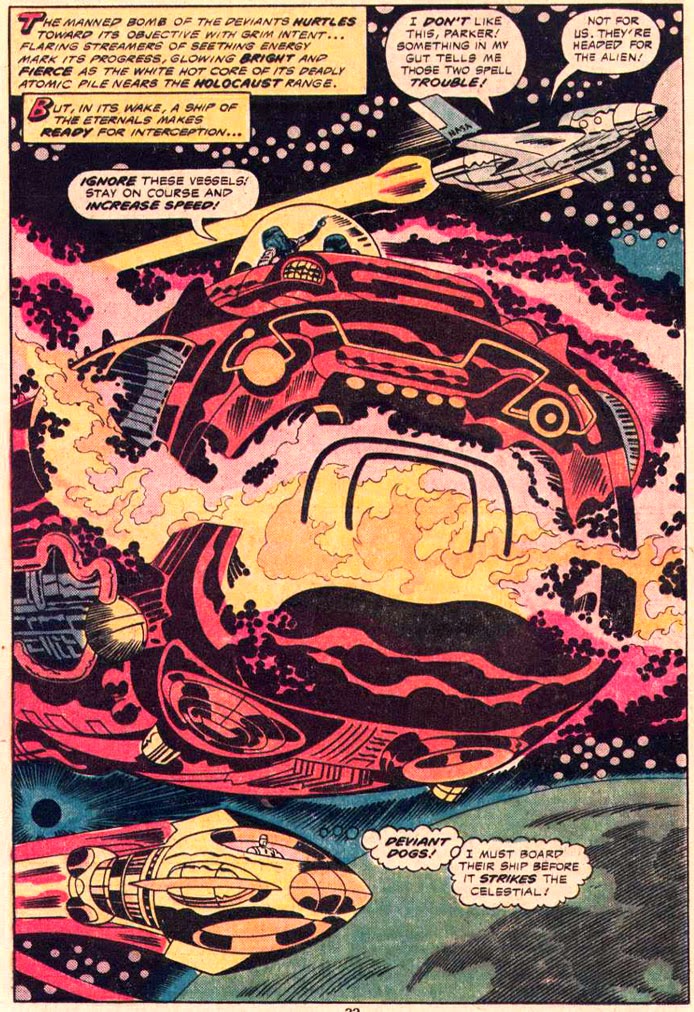 The matter-of-fact manner in which the Celestials deal with the puny threats they face from the races of Earth only reinforces their superior natures, their godlike aptitudes. They calmly and without seeming malice merely eliminate the threats with the most basic adjustments.

The Forgotten One is a great character who alas will get no more play in the relatively short run of the series.