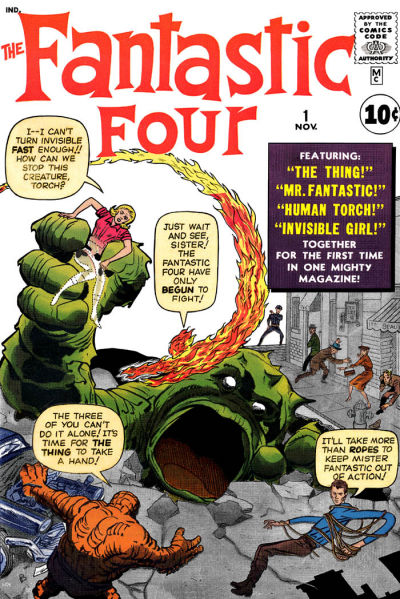 As it turns out, thanks to the magic of Retro-Continuity the Deviants have been an important  part of the Marvel Universe fabric from the very beginning. In Fantastic Four #1 the Fab 4 confront the weird menace of the Mole Man and track the villain to his lair on "Monster Island". 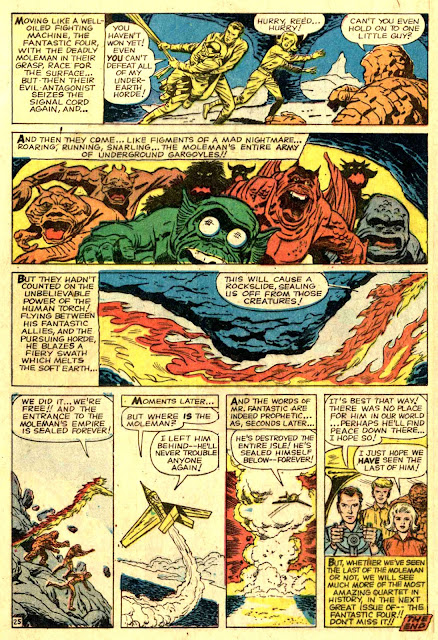 It turns out at least some of the denizens of Monster Island were Deviant Mutates and that Monster Island was in fact a portal of sorts to the underworld Deviant empire below the surface of the Earth. Of course Stan and Jack were not cognizant of this fact at the time, but later continuity mavens at the "House of Ideas" found this a nifty solution to explain the origin of these weird creatures. 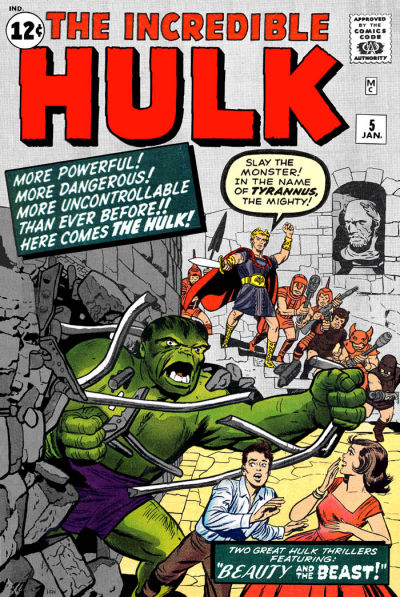 And then later when the Hulk battles the imperious Tyrannus in his underworld kingdom he is assisted by his own peculiar henchmen. It's in the fifth issue of the Hulk's short-lived original series. 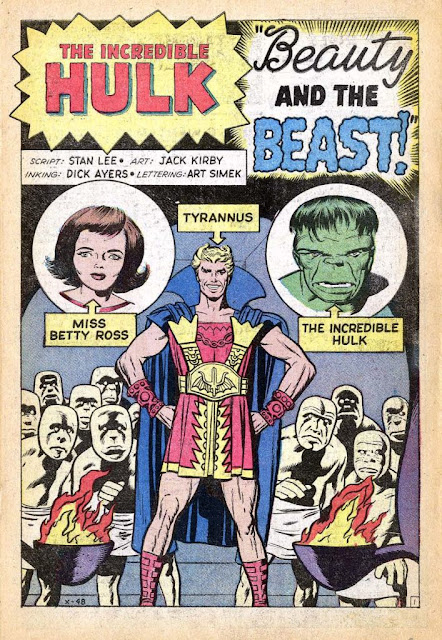 Eventually these little folk were dubbed the "Tyrannoids" to distinguish them from a similar population of small pale folk. All of these creatures were as turned out the product of Deviant genetic experimentation. 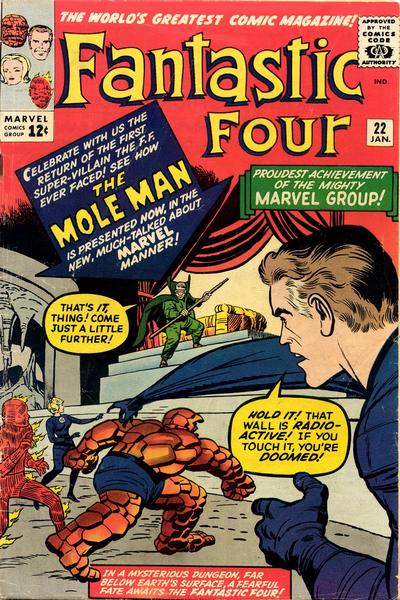 The Mole Man gets his own little mob of little people in his return in Fantastic Four #22. His folk are commonly called "Moloids" to distinguish them from their counterparts in thrall to Tyrannus.
More Deviants to come -- The Lava Men.
Rip Off
Posted by Rip Jagger at 1:00 AM