The Lighter Side Of Boris! 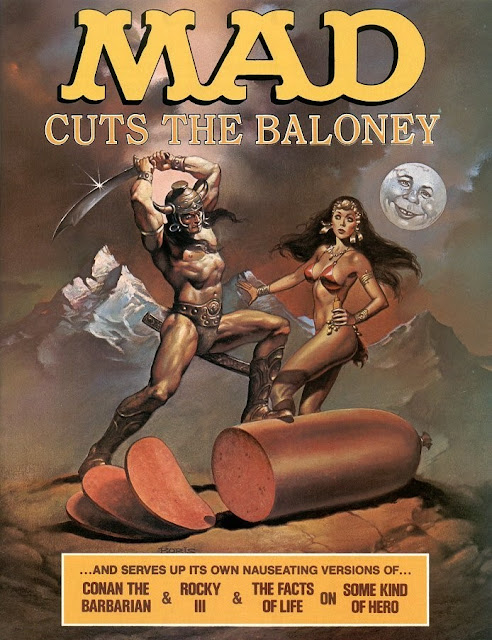 Boris Vallejo painted some of my absolute favorite magazine and book covers and more than a few movie posters. Stepping into a niche carved by Frank Frazetta with his magnificent Lancer Conan the Barbarian covers, Boris was able to tap into a little of that Frazetta magic for and  even borrowed a pose or two along the way. As he continued to work and his covers became nigh ubiquitous on the paperback shelves I was put off a bit by the trend toward realism they exhibited. Boris for me was at his best when the landscapes were misty and the territory uncertain. The clearer the focus the less potent the magic. That said, Vallejo painted some delightful send ups of the very field he helped shape. The cover for MAD Magazine above of Conan and friend slicing deli meat makes me smile every time I see it, not because of the enormous sausage, but the intensity of the look on Conan's face. 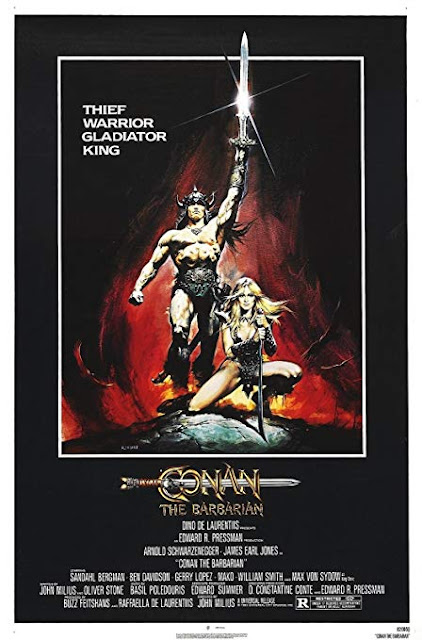 Vallejo found the magic again when he borrowed the famous pose from Frazetta which had been the inspiration of sorts for the Conan the Barbarian movie poster, and used it to mock many parts of society with the two Vacation movie posters he painted. 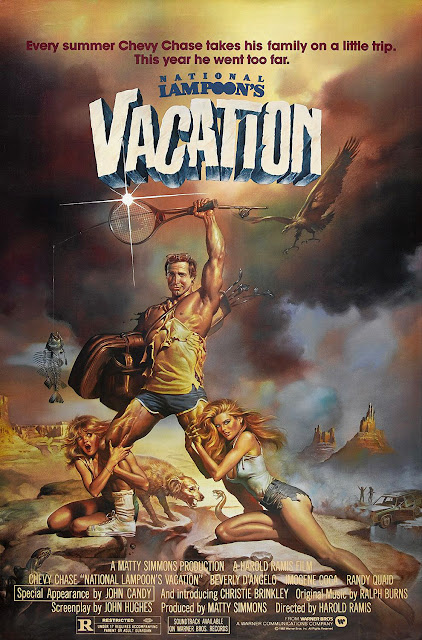 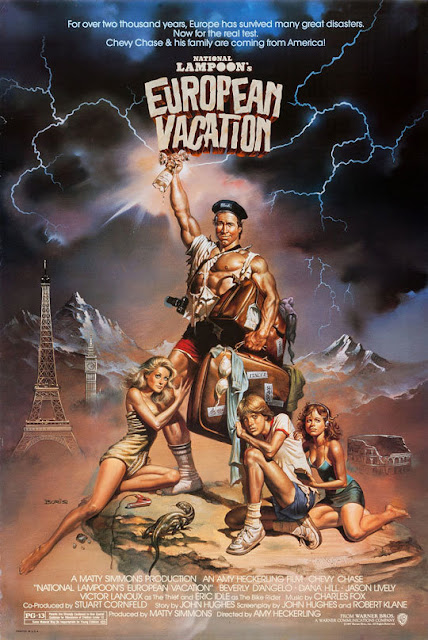 love how one derives much of its meaning in comparison to the other. It's now hard to remember a time in this land when Chevy Chase was a movie star, but it did happen. 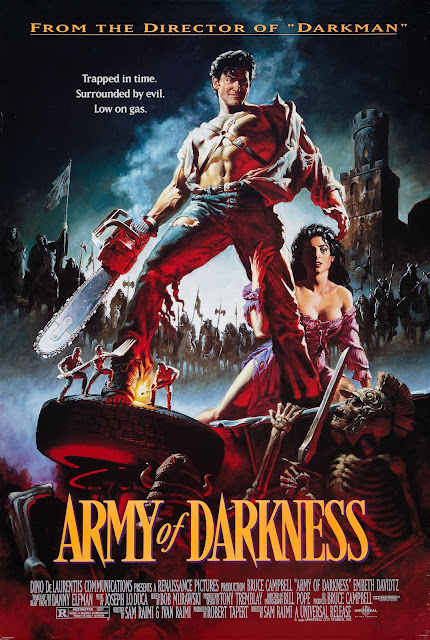 And finally one of my favorite actors is painted by Boris, the astounding Bruce Campbell as the stunningly stupid Ash , the "hero" of the Evil Dead movies and beyond. This poster is in no small way responsible for my discovery of the delightfully wicked Evil Dead films as the earlier images I'd seen on VHS boxes looked forbidding and grim. This painting hits the right tone and says that we have a film here that doesn't take itself all that seriously, but looks seriously entertaining. Thanks again Boris.