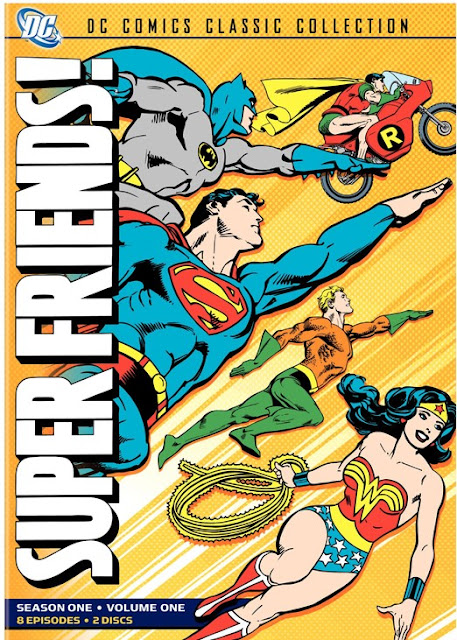 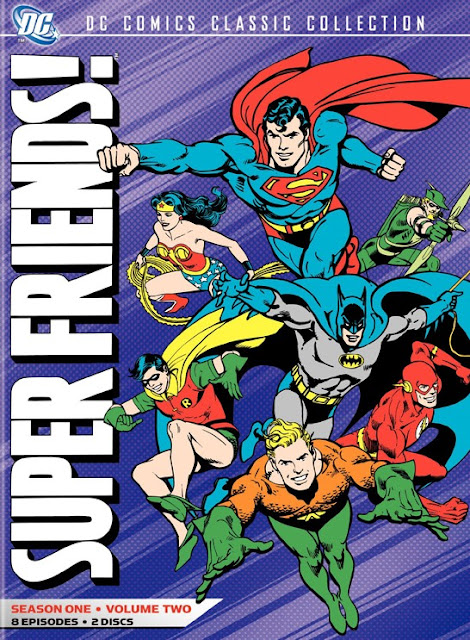 In 1973 I was truth told probably too old for the Saturday cartoons, but I didn't let that stop me from enjoying the Super Friends. I was always annoyed that my beloved Justice League of America didn't get much of a billing in this show and instead went by the somewhat insipid title of Super Friends, but still and all in those ancient days, getting any superheroes in most any format in most any medium was a treat to be savored. So I choked down my concerns and watched the hour-long show that teamed up Superman, Wonder Woman, Batman, Robin, and Aquaman. Despite this being a Hanna--Barbera show, aside from Wonder Woman all of these heroes had pedigrees on Saturday morning thanks to Filmation studios. Frankly I assume that's pretty much the only reason Aquaman was part of the gig. As much as I liked the Sea King, he can be a hard sell. 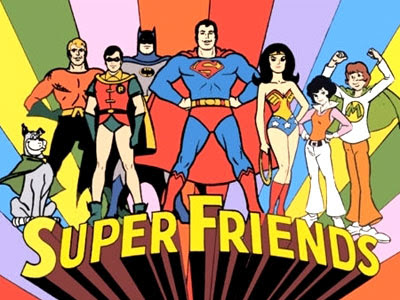 I mentioned that this was a Hanna-Barbera show and that is most likely why we are introduced to Wendy, Marvin and (gulp) Wonder Dog. Now since the character designer of this show was Alex Toth, the look was often pretty sleek and that sure applied to Wendy, who I always numbered among the animated hotties of Saturday morning. Marvin though hearkened back to other Hanna-Barbera types mostly notable Shaggy of Scooby-Doo fame and his relationship with the weirdly anthropomorphic Wonder Dog was certainly in that vein. H-B had that stuff in most of their shows in the 70's and even the Super Friends were not spared. 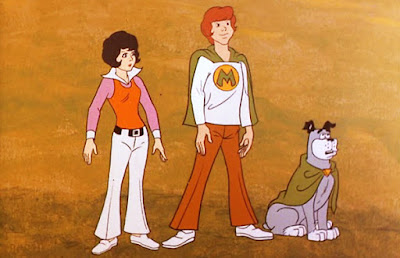 Watching these shows again after so many years, I find I don't dislike Marvin as much I once did and his hijinks with Wonder Dog are okay, and they work to fill up the long running time of the show. And that's the biggest dig at the show, the pacing. The Super Friends would become aware of a threat, most often by way of the kids and their dog and then fumble around to confront it, often spending time in offbeat denials. As most folks know, the threats were rarely if ever from super-villains, but mostly from over zealous scientists or the like trying to help the world confront some problem or other like pollution or over-population. 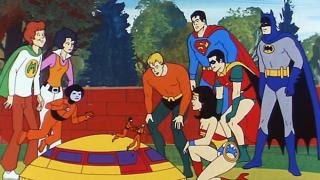 Television is all about formulas and they found one here that worked. The addition of another DC characters such as Green Arrow, Plastic Man or The Flash added some spice and made you want more. The Hall of Justice was an imposing building, apparently inspired by the Union Terminal in Cincinnati, so oddly whenever I am traveling that direction I get to see the "Hall of Justice" and it makes me wonder. 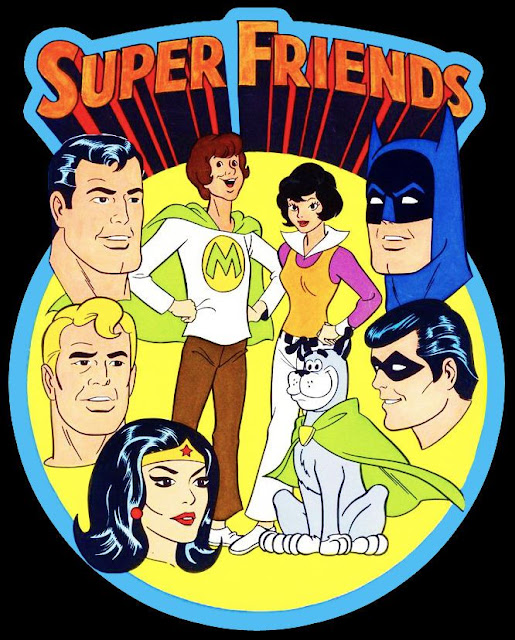 The first season of Super Friends has real charm and that no doubt accounts for the way it found a way into the hearts and memories of so many youngsters (and even a few oldsters) from that time. And it was just the beginning for the team, but it would be some years before that would happen.