John Henry And The Inky-Poo! 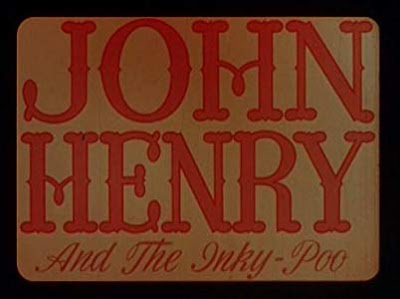 The tale of John Henry resonates unlike many other of the American myths because simply put it deals with a black man, and further makes him the powerful if ultimately tragic hero of the story. For that reason George Pal wanted to make his version of the story in John Henry and The Inky-Poo (the latter being the steam engine John Henry battles against). It's a fine and wonderful example of Pal's Puppetoon technique, striving perhaps for a tiny bit more realism than was the norm. 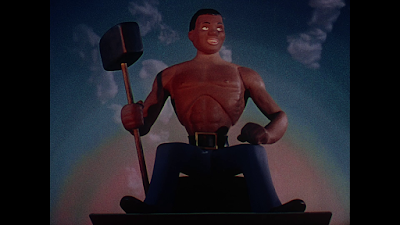 Pal's Puppetoons are entertaining if somewhat date in certain cases. But unfortunately the most successful of the line were cartoons dedicated to a frisky young man named "Jasper". Jasper was not the ugliest stereotype of the era by no small margin, but nonetheless not unlike Will Eisner's "Ebony White" can be a little hard to decode properly in the modern era. 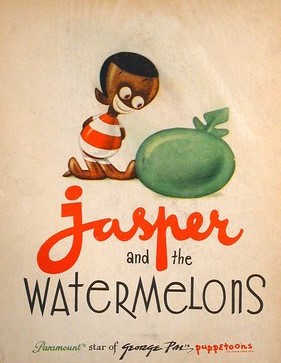 It seems Pal was sensitive to the criticism he got in the day about Jasper and made the John Henry cartoon as something of an attempt to treat black characters with more deliberate dignity. Not all might agree, but then that never happens. I recommend catching this particular Puppetoon if you not seen it. Here's a link.