Davy Crockett And The River Pirates! 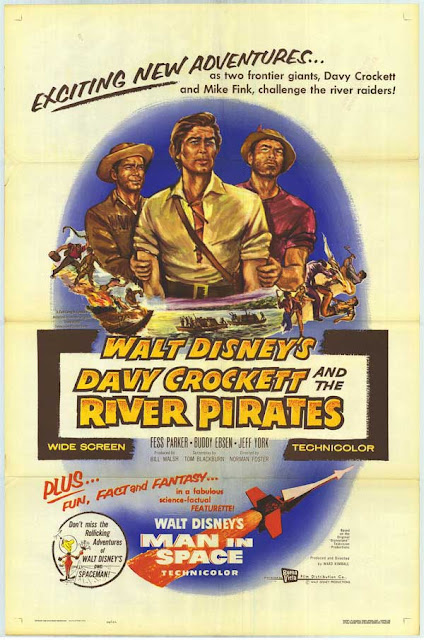 Unlike its predecessor the movie Davy Crockett and the River Pirates only examines one Crockett adventure, but one that pits him and his steady ally Russell (Buddy Ebsen) against riverboat legend Mike Fink. Fess Parker puts on the coonskin cap one more time as Davy and we have here a uproarious and light-hearted adventure which nonetheless deals a bit in death. 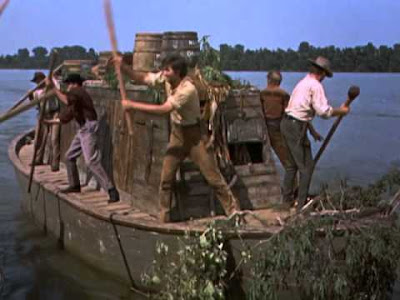 Davy and Russell have furs to trade and need to get down the Mississippi to a port which will offer good bargain. To that end they seek a boat and happen on Mike Fink who has a mighty opinion of himself and who has a hearty and roughneck crew. 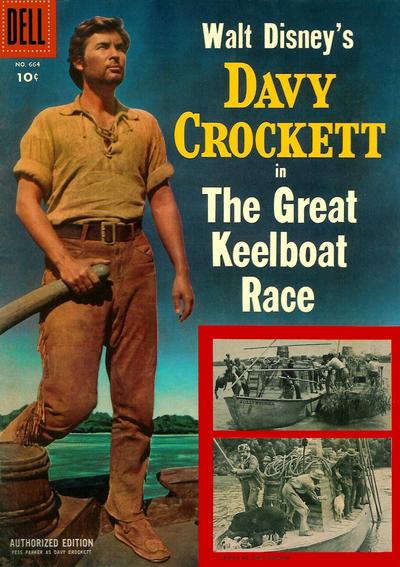 They don't sail with him but rather find another boat with Captain Cobb and the two race down the river New Orleans. The danger is not just between them but comes from a gang of cutthroats who are pretending to be Indians to raid boats as they pass a bogus inn. 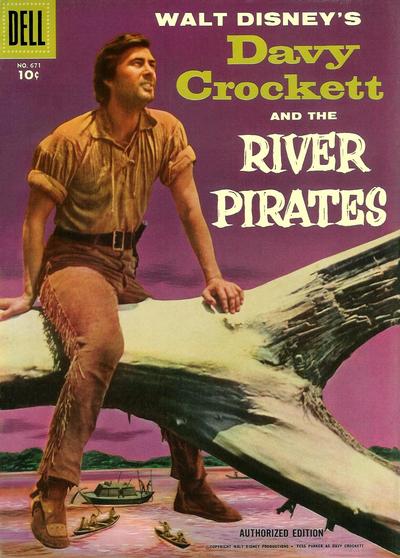 There are lots of hijinks, but having told Crockett's whole story in bried in the first movie the focus in time in this one is offbeat a bit. Nonetheless we have a entertaining broad adventure with good natures and bad and as much action as any movie goer could wish to see. I wonder if Disney had some scheme for Crockett to meet other of the American myths in later flicks, it is a dandy notion.