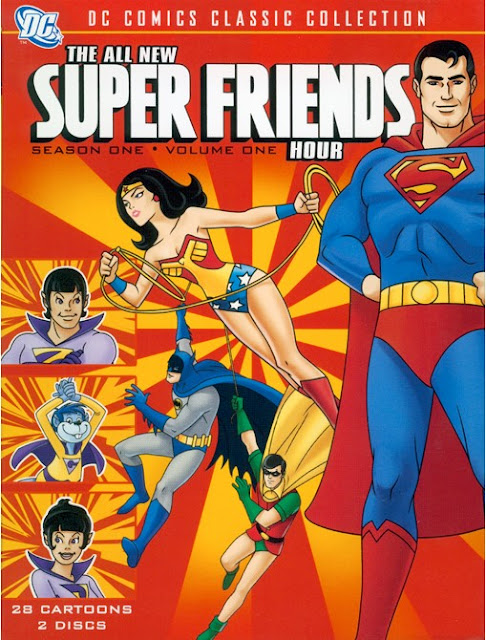 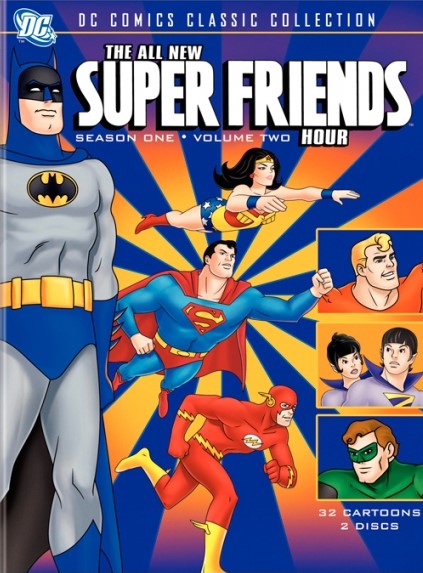 When the Super Friends finally returned to television with new episodes, they were of a somewhat different character. First and foremost, the pacing was quickened as these were not hour-long single stories, but an essemble of shorter tales. Typically an episode of what was now called The All New Super Friends Hour began with a shorter story featuring one of the four mainstays (Superman, Batman, Aquaman and Wonder Woman) teaming with a lesser known hero such as Apache Chief, Black Vulcan, Green Lantern, Flash or a few times even Rima the Jungle Girl. Then we had a cautionary tale for youngsters featuring the Wonder Twins (more later).  Then a longer epic tale with most of the team which often had wild fantasy elements and lastly a final tale again with a few members. 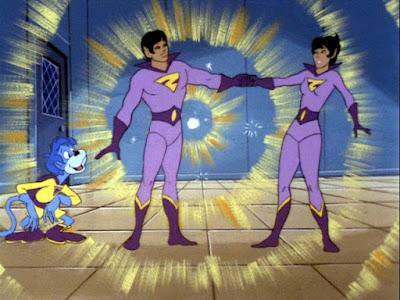 The biggest change was the removal of Wendy and Marvin and Wonder Dog (never addressed on the TV show but explained in the comic book) and the addition of Zan and Jayna the Wonder Twins with their monkey Gleek. They were aliens from a planet called Exxor and when they touched and said a key phrase, they changed. Zan could be any form of water, including countless things made of ice. He seemed also not to be limited by volume. Jayna turned into animals and they were almost exclusively Earth creatures. They looked alike and rarely was one seen without the other. Gleek was comedy relief and better at it than hapless Wonder Dog. 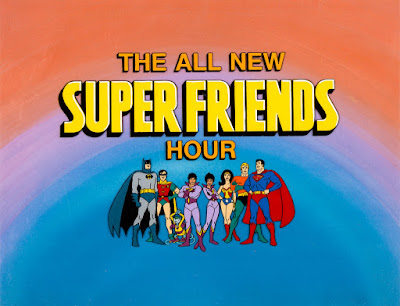 This version of the Super Friends was snappy and played well to an audience which with each passing year was losing more and more attention span. These are a great deal of fun to watch, but the stiff formula loses its edge by season's end. 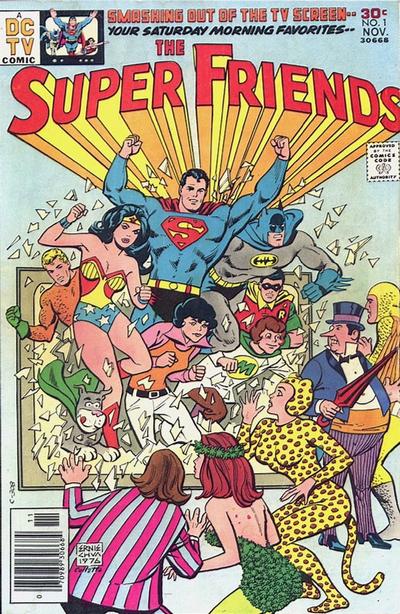 But The Super Friends had at long last become a part of DC's publishing schedule as well, with talents like writer E. Nelson Bridwell, Ric Estrada, Ernie Chan helping to launch the book. Later Ramona Fradon came on as regular artist and gave this title a handsome flavor all its own, a worthy addition to the DC line-up in a time when the company needed friends of all kinds, super and other wise.