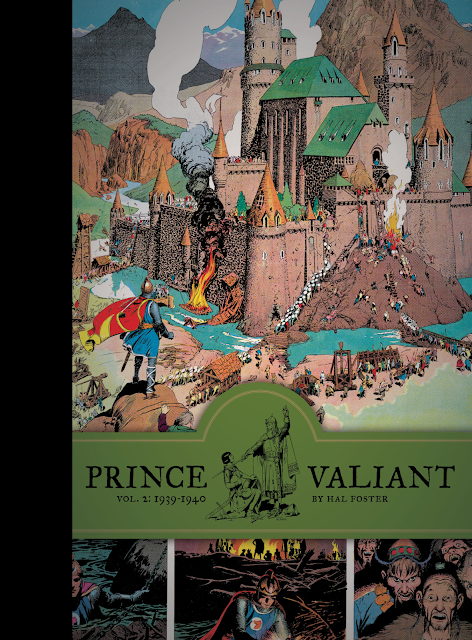 Prince Valiant really picks up steam in the years 1939 and 1940. Very quickly after distinguishing himself in battle he made a fully-fledged knight of King Arthur's "Round Table".

But this is a young and often brash Prince Valiant and even after having achieved his goal he's still filled with ambitions. First is to return his father to the throne of Thule and as a knight he is able at last to help lead his people out of exile and to see his  father king once more. Then after a significant encounter with a woman purporting to be a witch Valiant is overcome by the years and then returned to his youth. This brush with death's inevitable grip gives 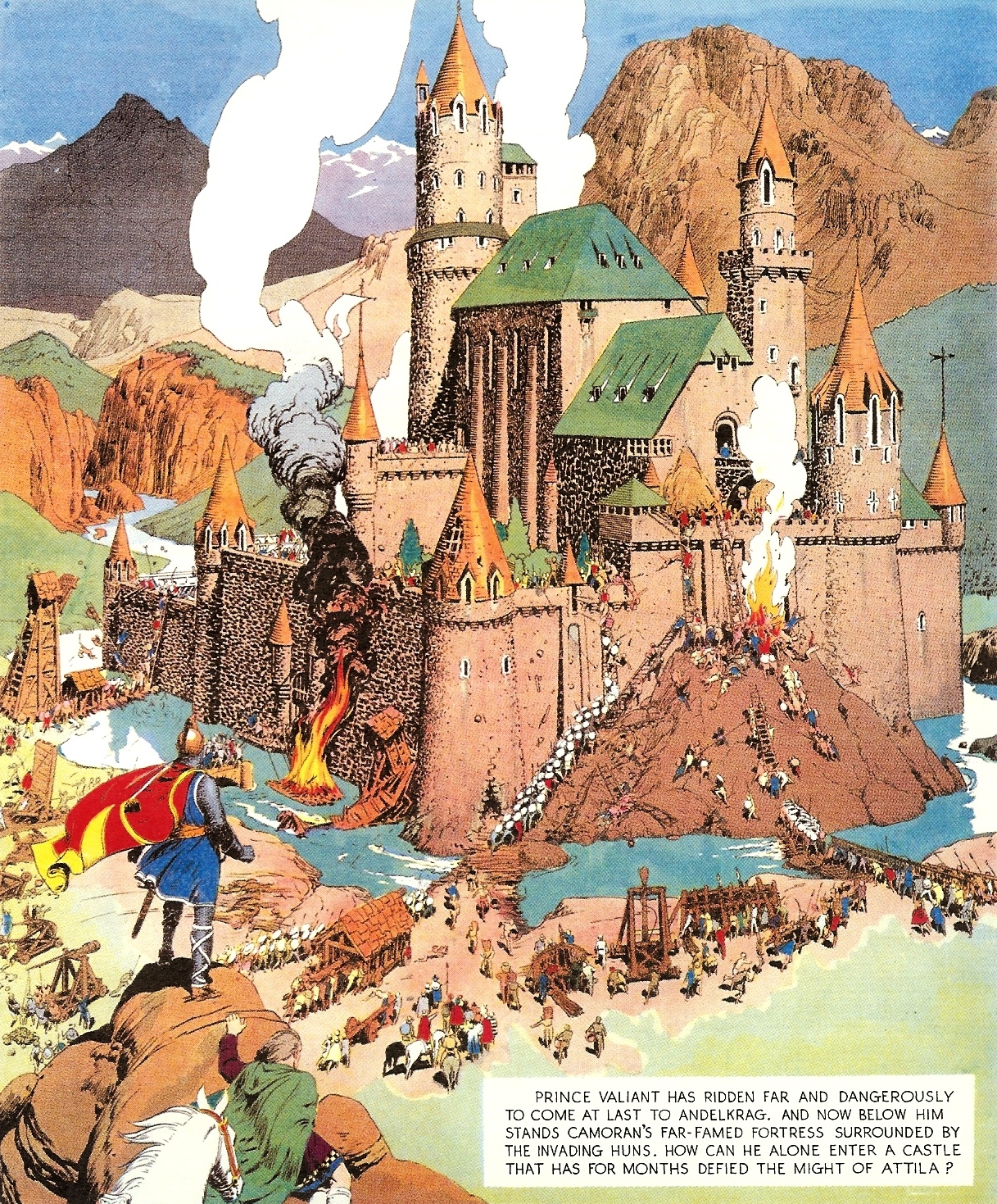 Valiant a freshened lust for seeing new places catches hold again and Valiant leaves the friendly confines of Camelot to travel into the lands of Europe where he encounters the  forces of Atilla the Hun. He meets and for a long time works with Slith, a clever thief who assists Valiant as he afflicts the notorious Hun warriors. 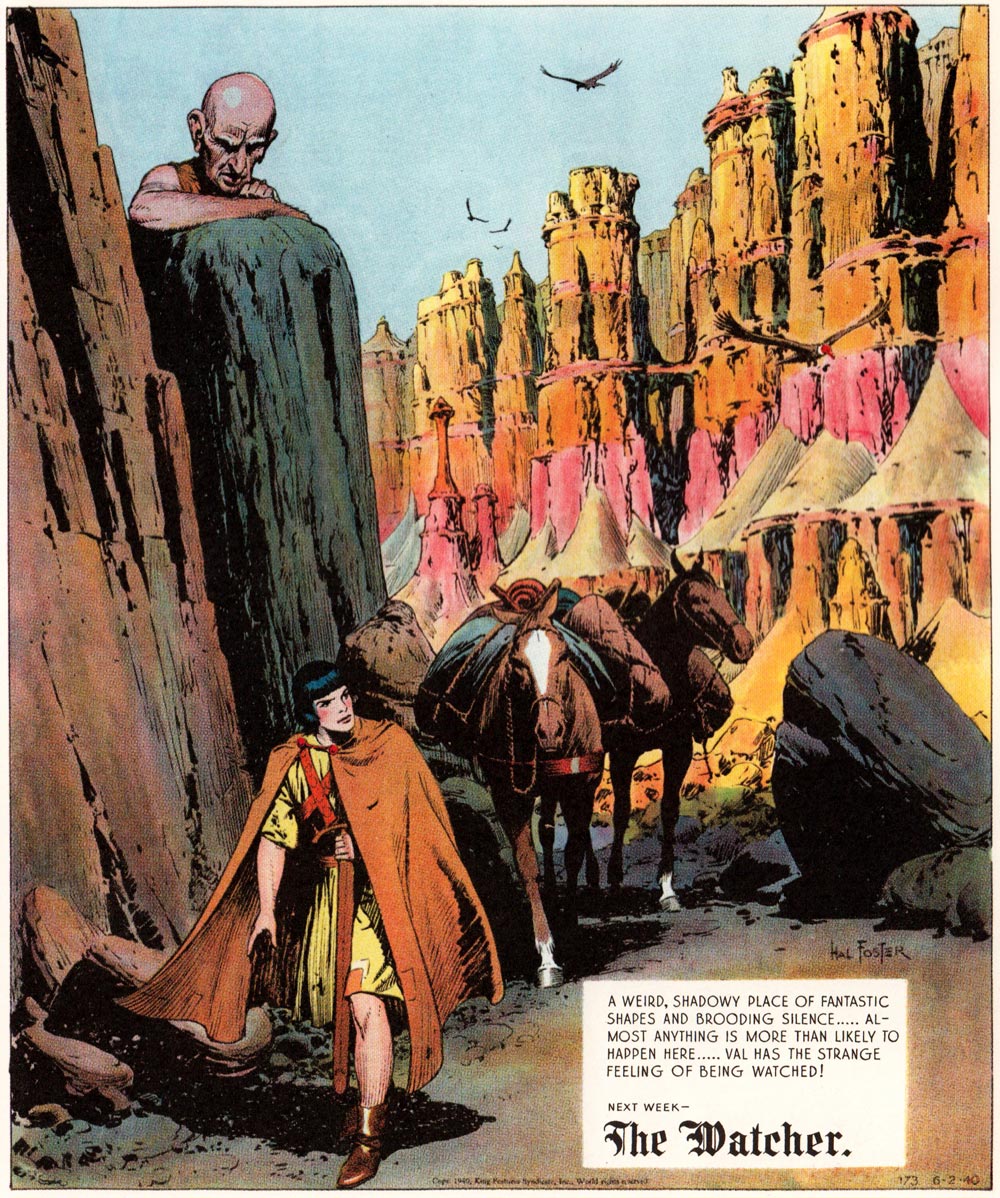 Young but experienced Valiant faces off against court intrigues and helps young loves and still finds time to seek adventures and fend off giants before turning his eye to Roman and then to the mysterious Middle East, the land of crusades. He finds himself newly made captain of a pirate ship as the volume concludes.