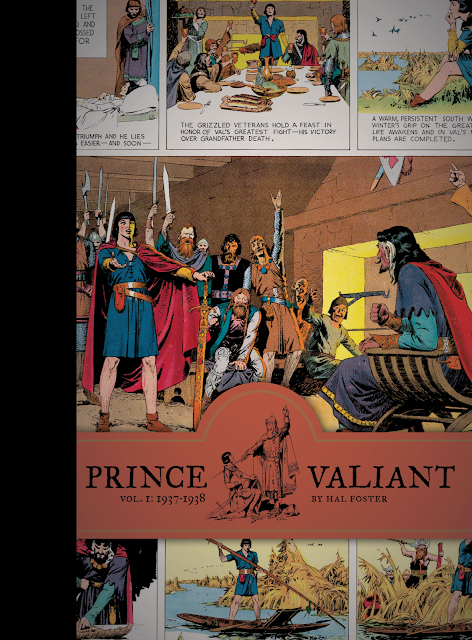 I grew up lucky! I was in a household that took the paper daily and especially on Sunday and in that Sunday paper there was a robust and colorful separate section of comics. Page after page and it was a delight to read. I'd begin with the silent Henry, read Blondie, shifted to the easy-to-read Mort Walker features, and then to the adventure strips such as The Phantom, Tim Tyler's Luck, The Lone Ranger, and finally Prince Valiant. I always saved Prince Valiant for last. It required attention, and even then I think I knew the Prince Valiant I was savoring wasn't the full-blooded feature that comic histories raved about. John Cullen Murphy was the artist (with Foster's help) and the stories had a somewhat domestic feel to them much of the time seeing as how we had a an adult Val and Aleta dealing with their myriad children. Some years later I got a taste of the early stuff and felt the thrill that readers in the thirties and forties must have had when these delightful modern myths hit the newsstands. I promised myself that if I were able I'd collect up the strips should that be viable. Then Fantagraphics announced a new reprint program with fresh vivid reproductions from original art beginning in 2009. I've been gathering them up since, reading a bit here and there, but always intending to read them more thoroughly at some point. They sat on my shelves as if I'd laid down a fine wine waiting for it to mature. Now I'm going to drink that delicious wine, and I am not disappointed. 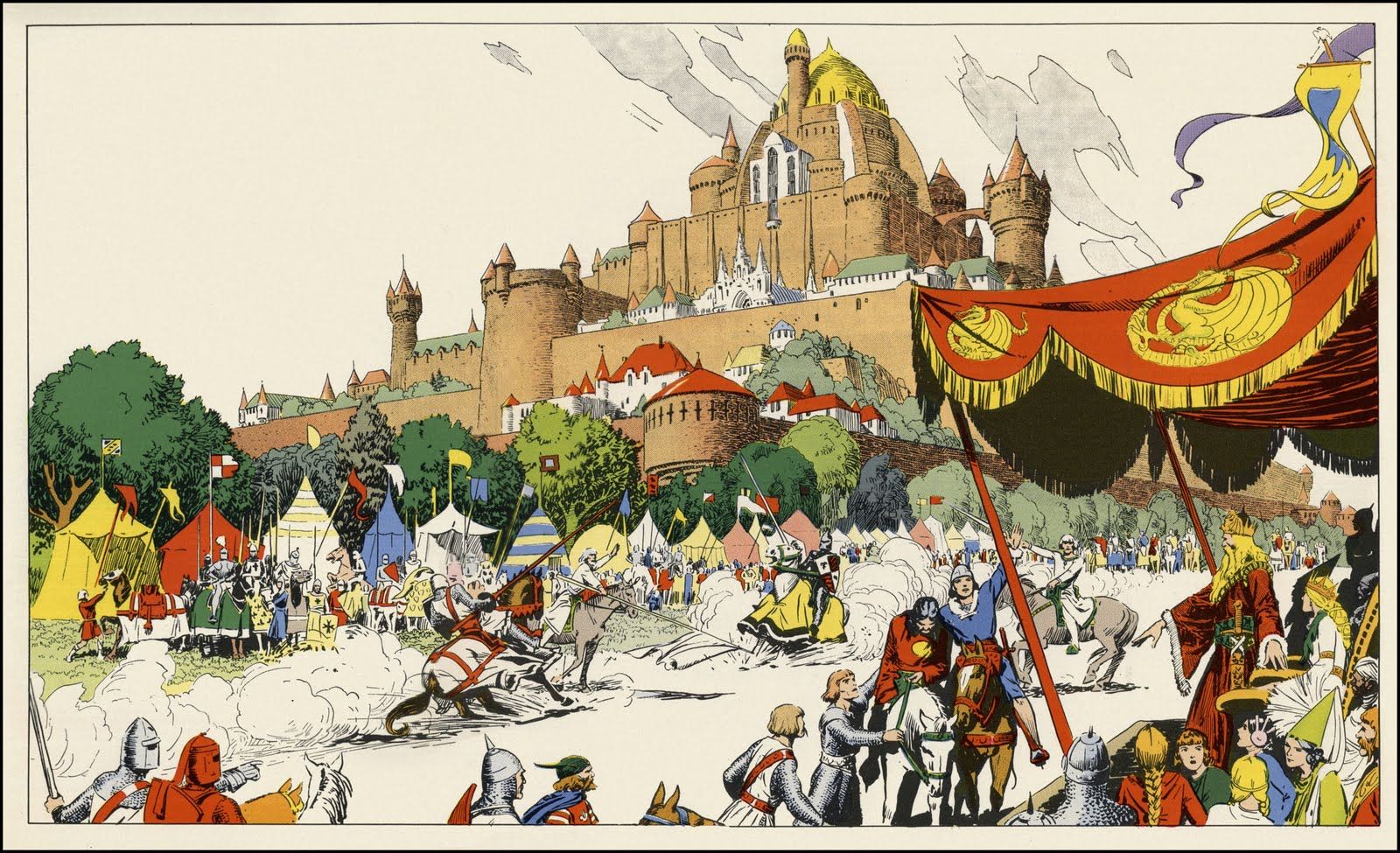 The first volume tells of a noble ruler who is driven away from his kingdom in Thule and must take up exile on the swampy moors of England. Isolated but hidden from enemies for the time being Prince Valiant is an eager adventurous boy who finds danger and is unafraid of the world in which he finds himself. His new existence hardens him in ways that a court life might never have done and his gains a remarkable ability to adapt to changing situations and is never afraid to rely on his talents, skills, and wits to overcome the obstacles he faces whether it be crocodillian dragons or monsterous men. He rescues the knight Sir Gawain and then chooses to go to Camelot as his page and ultimately battle on the side of the legendary King Arthur. 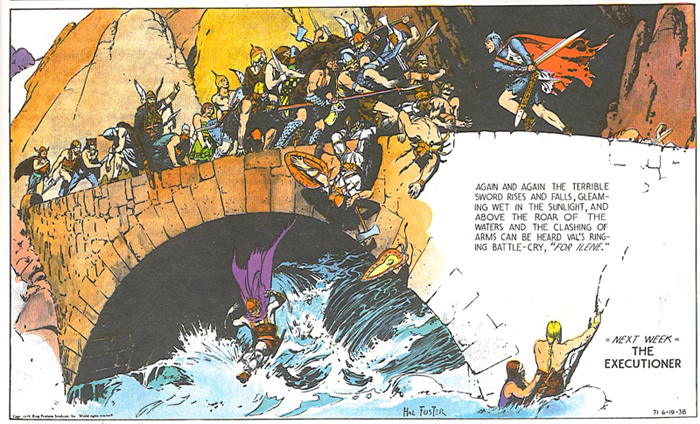 There are countless adventures in these opening pages as the gloriously mythic world Hal Foster has imagined spreads out before the reader. His boy hero is brave and foolhardy even, but always his impulses are to do the right thing. He bravely stands one against many and even becomes a white knight to save the day and the honor of the court. 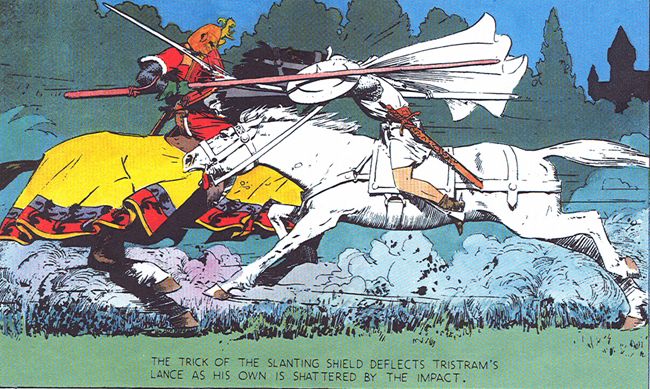 Prince Valiant in these early pages is a hale and hearty youth, tough as nails and will to do what needs doing. He shows not only a physical ability but a cunning to use trickery and superstition to win the day. He even becomes a "Demon" to scare the enemy into a defeat. 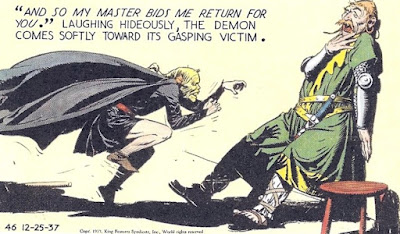 It's no wonder the public swooned when Foster's Prince Valiant hit the stands, it was a masterpiece from the first panel.

NOTE: This is the first installment of an ongoing weekly feature at the Dojo which will focus on newspaper comic strips. Expect much more Prince Valiant and other things as well.