Attack Of The B-Movie Monster Fans! 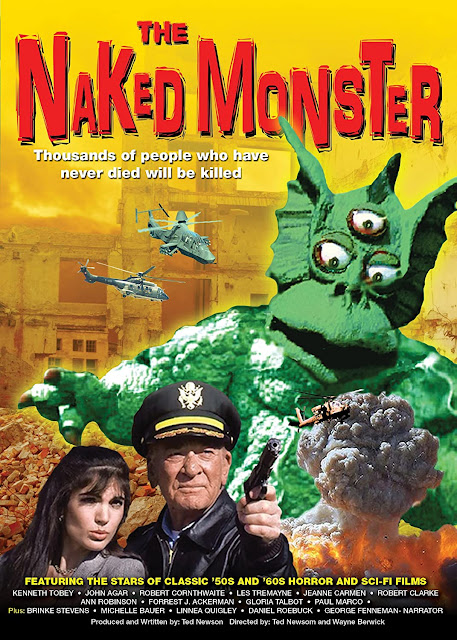 The Naked Monster (once called Attack of the B-Movie Monster) is one of those works prompted by fan adoration and nostalgia and consequently must be seen and judged on those terms...somewhat. I say that to say this, this is not a very good movie in most of the traditional ways that one might mean that statement. But it is a cavalcade of monster fan wonderment, filled to nigh overflowing with images from past movies and the actors who made them. The movie operates in an oddball fictional universe where most if not all of the monster and alien invasion movies you've ever seen are real and that the heroic folks who helped save the planet from these threats are all up and around in locations like Santa Mira and Winnerden Flats. 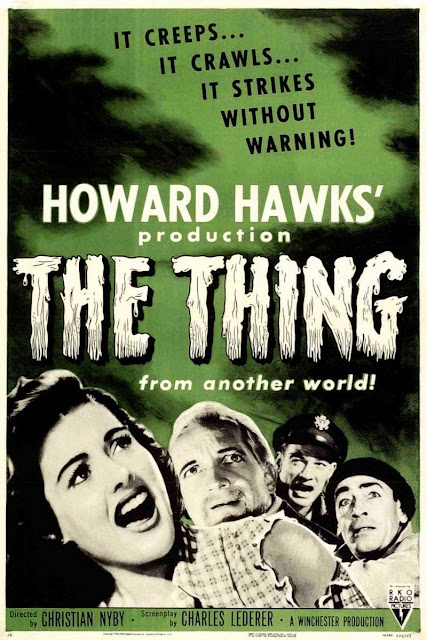 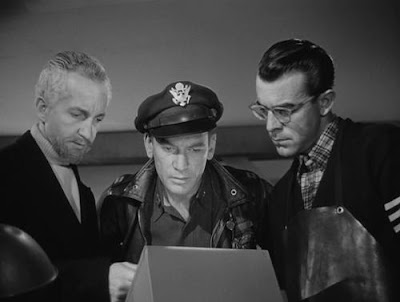 The movie's lead is the great Kenneth Tobey who was important in several movies such as It Came From Beneath the Sea, Strange Invaders, and The Thing from Another World. It is as "Colonel Patrick Hendry" from the latter movie he portrays in this movie. Alongside him from the same flick are Robert Cornthwaite and George Feeneman. The former in his role as Dr. Carrington and the latter as the narrator of the movie. 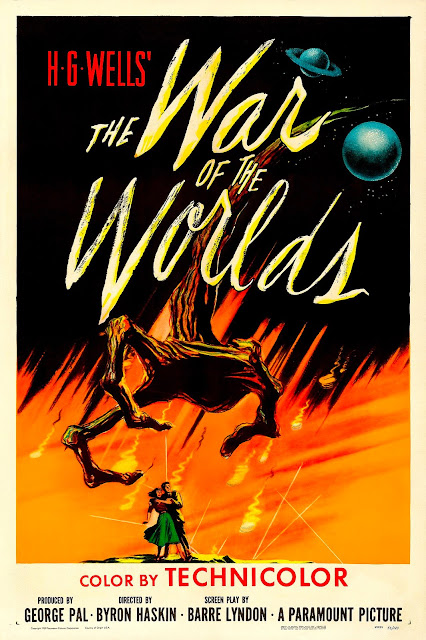 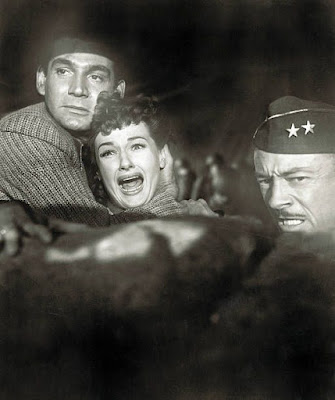 From The War of the Worlds we get Les Tremayne as "General Mann" and Ann Robinson as "Dr. Sylvia Van Buren". 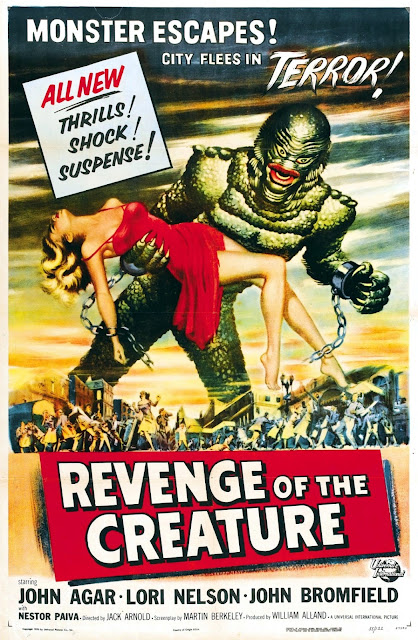 From The Return of the Creature both John Agar as "Clete Ferguson" and Lori Nelson as "Helen Dobson" make a showing. 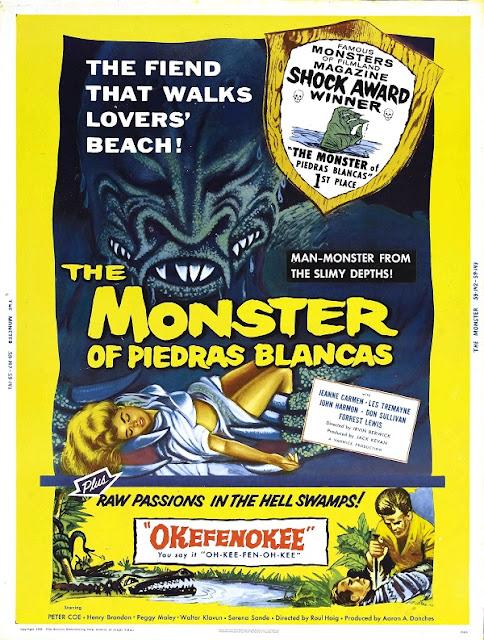 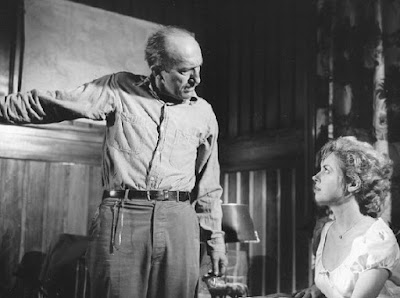 The Monster from Piedras Blancas is represented by two folks playing similar roles. The keeper of the lighthouse and his wife are played by John Harmon and Jean Carmen, though in this brief appearance they are husband and wife and not father and daughter. Harmon was the god-father of Wayne Berwick who was the son of Irvin Berwick who wrote and directed The Monster from Piedras Blancas. 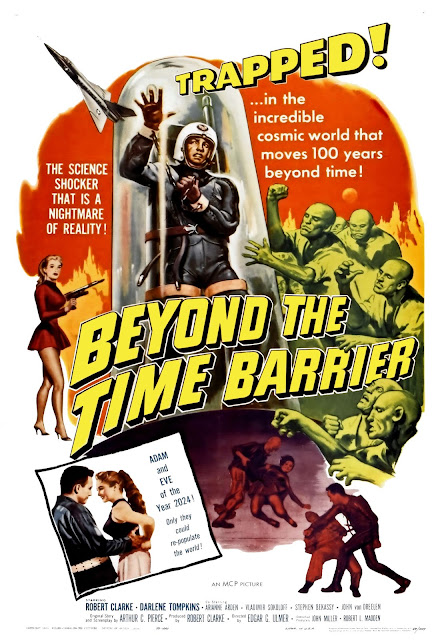 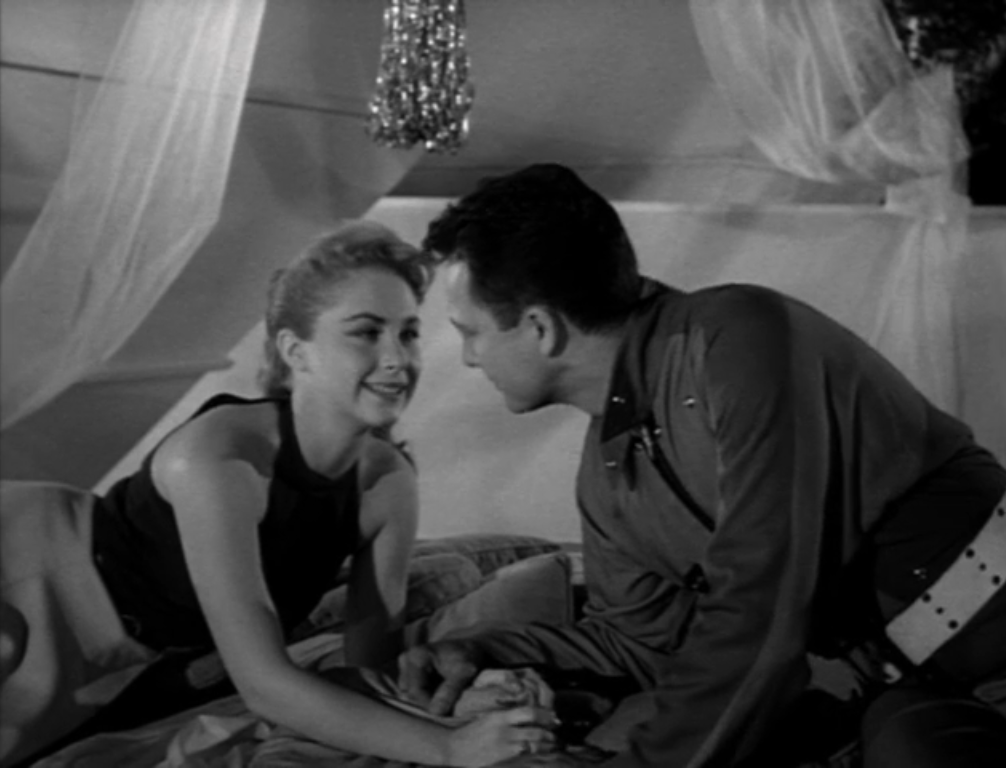 From Beyond the Time Barrier appears as "Major Allison" portrayed by Robert Clarke. 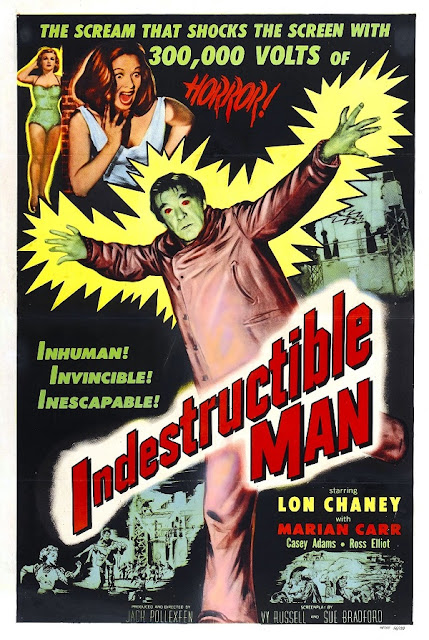 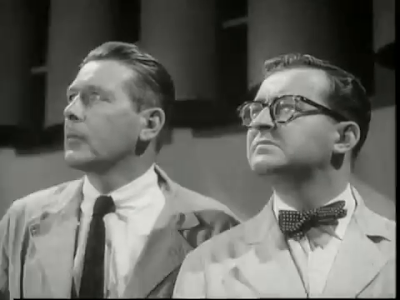 From The Indestructible Man we get Robert Shayne (left above) as "Professor Bradshaw". 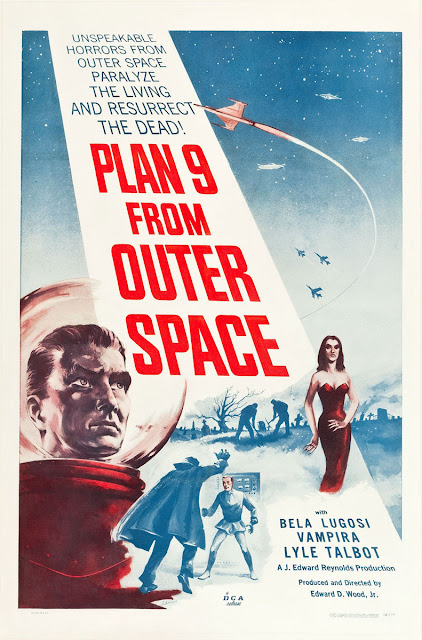 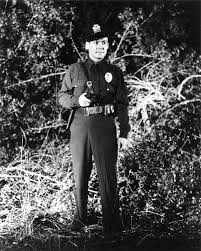 Paul Marco who famously played "Kelton the Cop" in several of Ed Wood's epics, most famously Plan 9 from Outer Space comes to a grisly end in this movie. 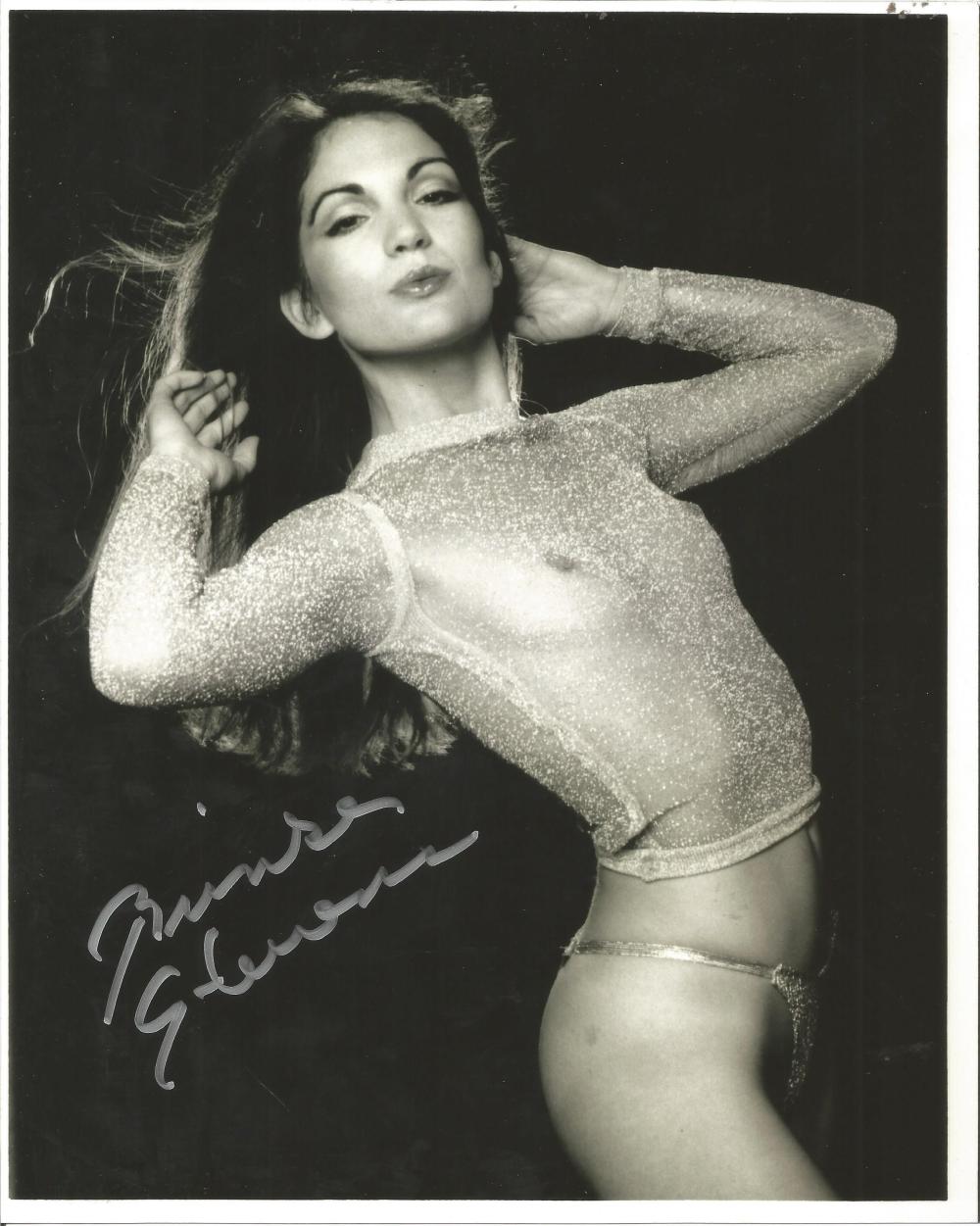 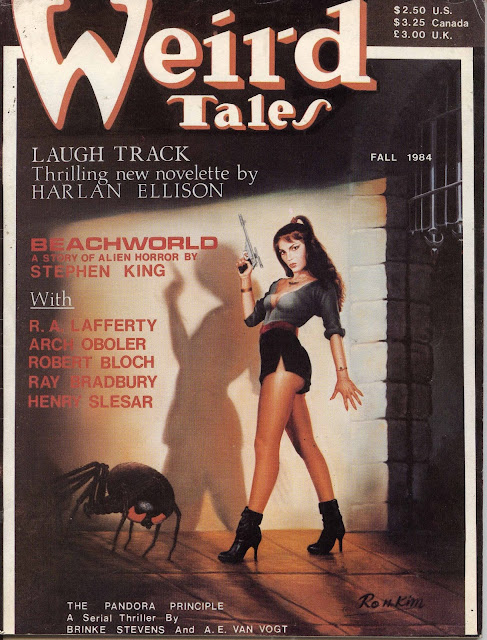 "Scream Queen" Brinke Stevens is the true star of the show along with Tobey and has probably the most screen time. A bunch of that time is making really bad puns (which I enjoyed mightily) and a teensy bit of it was presenting some totally gratuitous nudity. One scene simply says that her character takes a shower, a pointless (as far as the plot anyway) diversion, though I for one found it very entertaining. The Weird Tales above feature Stevens on the cover and has a story by her inside. This issue appears in the movie at one point. 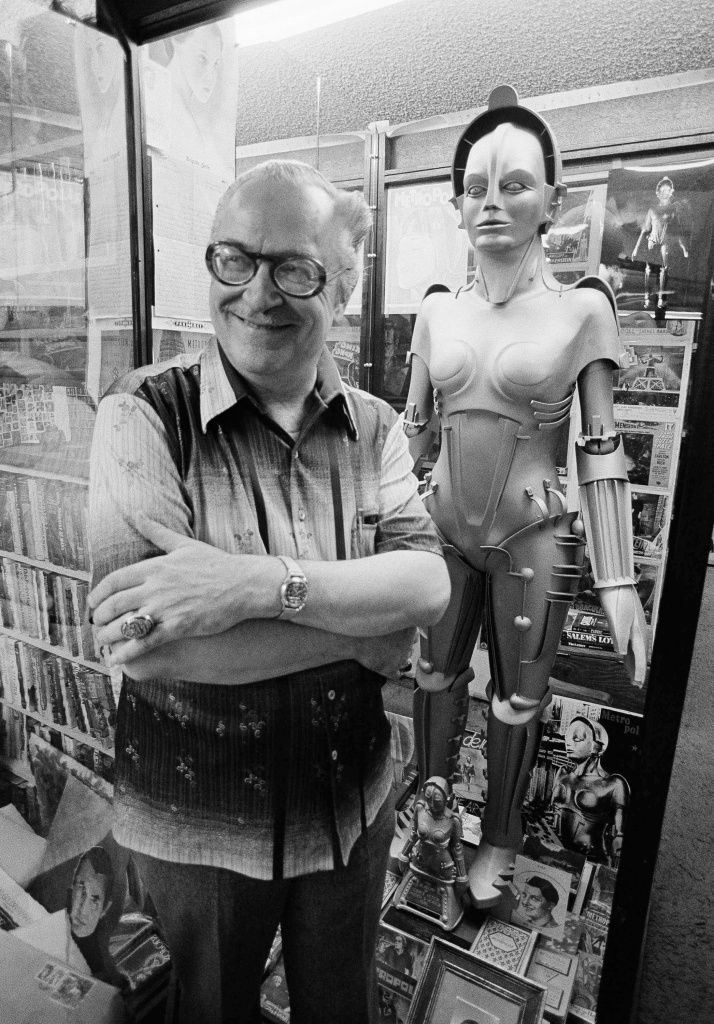 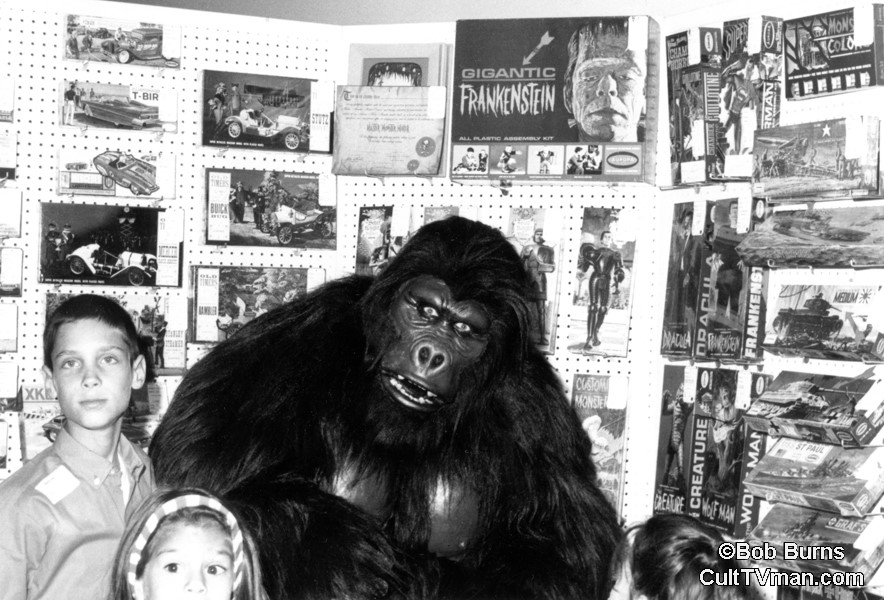 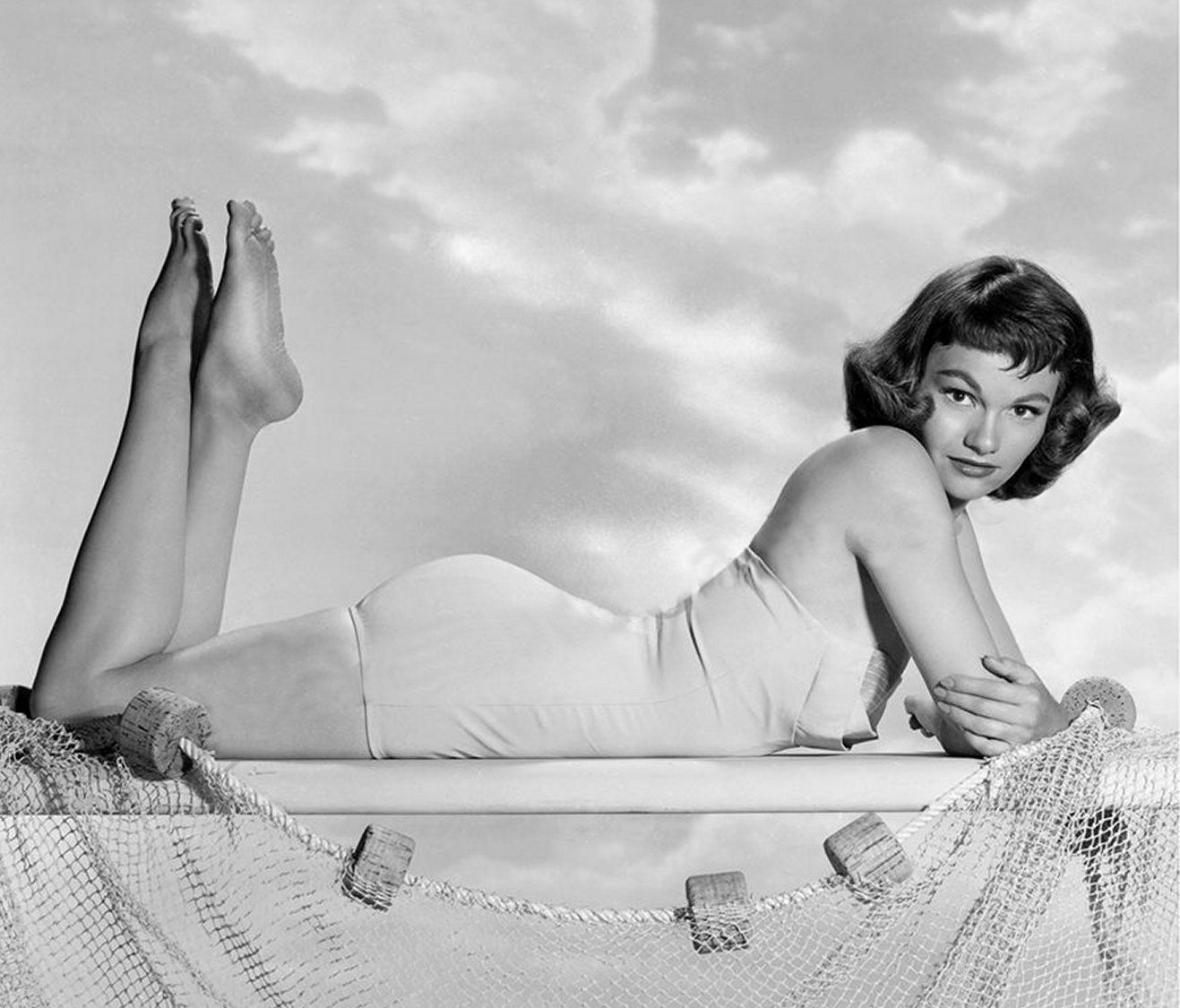 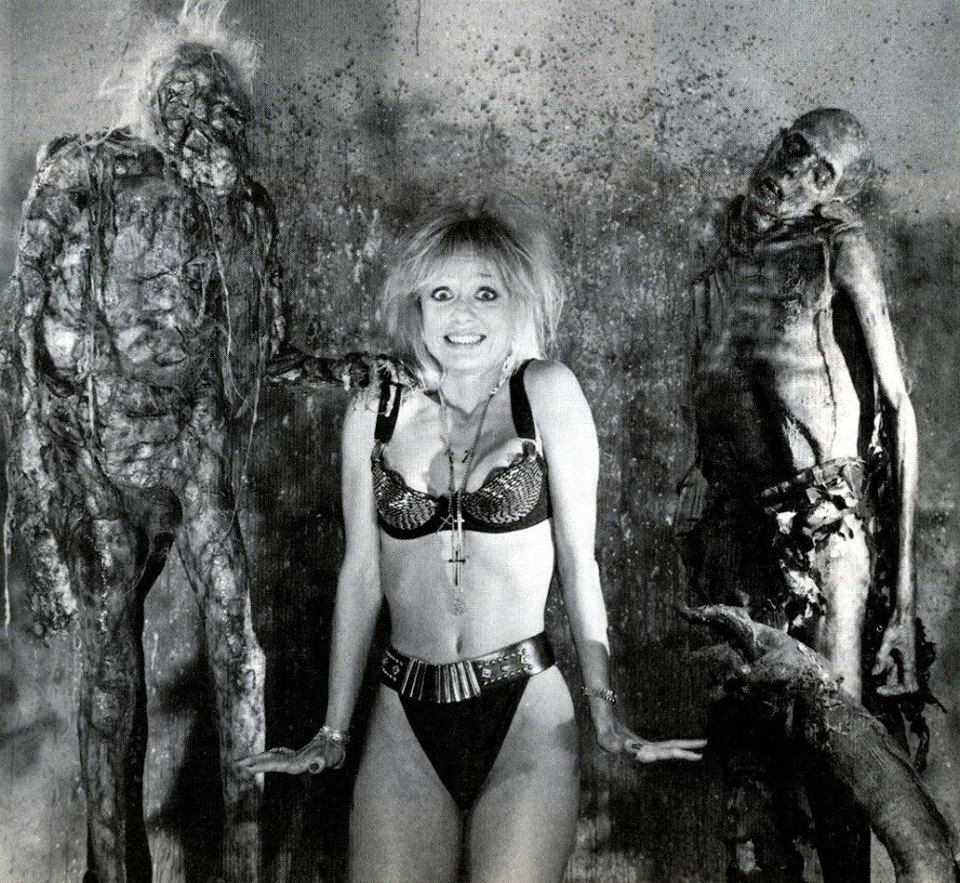 Lots of other cameos are spread throughout by the likes of Forry Ackerman, Bob (The Gorilla Tracey) Burns, Gloria Talbot, and Lennea Quigley (who engages in some delightful gratuitous nudity of her own). This is a riot of images and characters in a movie made over a twenty year period on the ultra cheap.

The eponymous monster was at one time early in the production a stop-motion creation, but that was deemed unworkable when the project expanded to feature length and a stunningly miserable costume is substituted. It makes one pine for the subtle creations of Paul Blaisdell. Sadly many of the veteran cast members who donated their time to the projected died before it was completed. The producer and director Ted Newsome (who appears in the movie much as William Castle did many years ago) put the film together bit by bit over too many years. 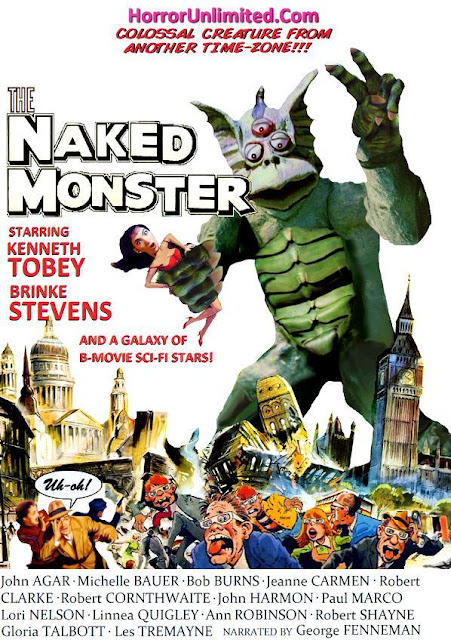 The movie is almost like a moving collage of monster-movie images lifted from too many different films to count, and blended with new footage with little success. This is a wannabe bad movie made badly at times, but it has a fondness for the genre at its heart which keeps it pumping along. I cannot in any way recommend this movie save to those steeped in the love of 50's monsters like me, because only someone with that affliction can truly appreciate this ramshackle bit of cinema.