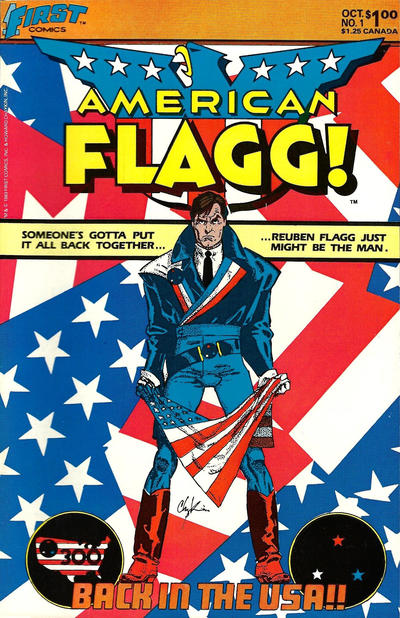 Howard Chaykin's American Flagg! is one of the best comics of the 80's. Published by First Comics, the series was remarkable in the Indie market in two ways, it's consistency of quality was remarkable and it was never late. So much potential was withered away in the early days of the market when decent stuff was killed off by creators who couldn't get the stuff to the stands in a timely way. It was one reason I abandoned Independent comics for a time in the latter part of the decade. But American Flagg! was the exception. 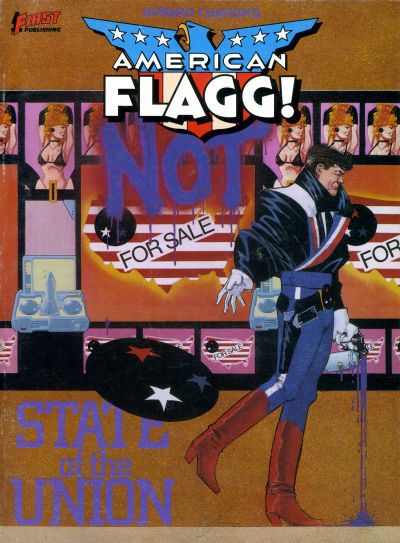 The stories of a near-future America overwhelmed by politics and consumerism was briskly and brightly fabricated by Chaykin, one of the smartest comics creators of his generation. When he stepped away from the series good talents were used to keep the quality near what Chaykin had wrought. There is a bite to this comic unlike other dark views of the future, and it's because even the heroes have feet of clay and find a smile (or perhaps a smirk) even in the darkest days. 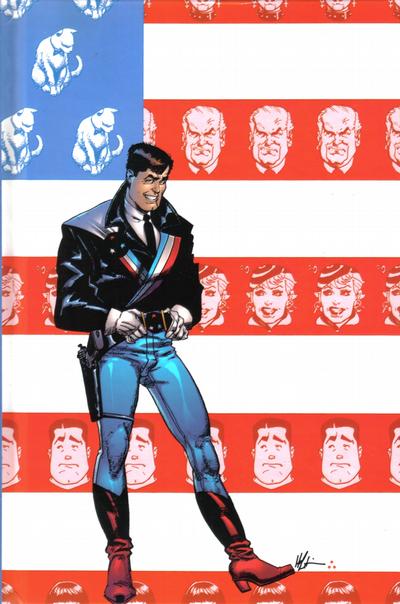 If I have to be in a dystopia future, being Reuben Flagg's wingman is the way to do it.