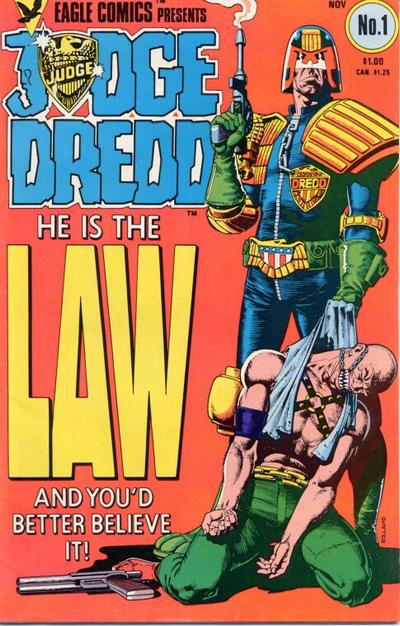 I don't know really when Judge Dredd debuted (second issue of 2000 AD -- I looked it up), but I first encountered his delightful brand of justice in the debut issue of Judge Dredd from Eagle Comics. It was some dang frosty storytelling with a slightly adult tang that made it ideal for the burgeoning direct sales marketplace. I was eager to sample all the new wares in this new market and I found Dredd dealing justice in his over-populated cities in his blighted future a real a page turner. 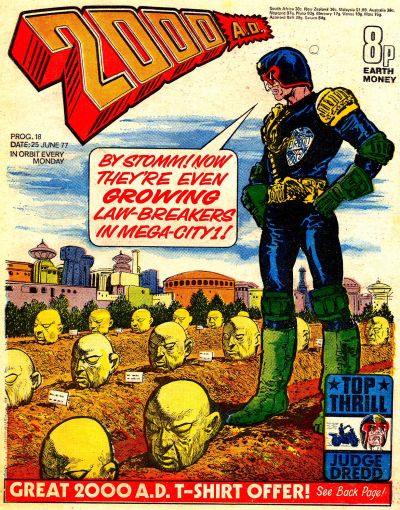 Judge Dredd's ability to mete out justice on the spot has a nice efficient ring to it that should terrify anyone. Bringing evildoers to justice is the work of a cop, but Judge Dredd's authority was greater and he could pronounce and carry out the sentence of death. It's a poignant way to point at the corruption which all too often corrodes the process of justice for so many. Dredd is a steely honest "Street Judge", a man of integrity dedicated to the job. But others are not so stalwart. 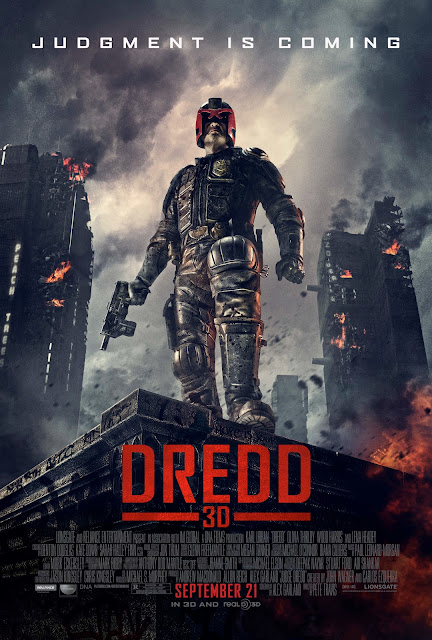 One of my favorite recent movies was Dredd starring Karl Urban and I give him enormous credit for keeping that helmet on just like Dredd in the comics. It's what elevates the character and makes him greater than himself. Mega-City One needs him, or someone like him.