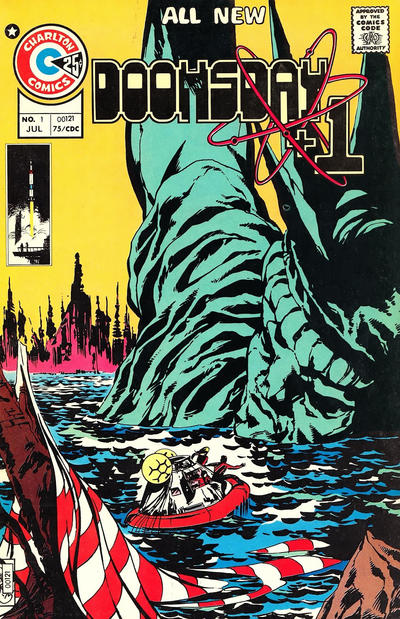 Anyone who spends anytime here at all will know of my abiding affection for most things Charlton, the little Derby Connecticut comics company that paid little but offered scores of opportunity for seasoned pros like Steve Ditko looking to do comics his way and for up and coming talents looking to break into the business but not quite having gotten the nod from the "Big Two". John Byrne falls into that latter category and based on his work on Rog-2000 in the back of E-Man and on the title under scrutiny today he made his chance at Marvel into an epic transformative gig, The title today is Doomsday +1, a little comic about the end of the world and what followed on after all that. The cover of the debut issue uses the iconography made famous by many a sci-fi magazine and an apish feature film to instantly say to the reader that the world as you know it is not still here.

We follow three astronauts (two girls and a guy) as they return to the planet after watching the world destroy itself from orbit. They are promptly joined by an ancient barbarian chisled out of the glacial ice and these end-of-the-world castaways are up and at it. The comic delivered many of the major sci-fi tropes such as time travel, undersea society, giant robots, aliens, cyborgs, and much more in its measly six issue run (with another appearing in Charlton Bullseye issues). Written by Joe Gill, this comic lets you see Canadian John Byrne get better month by month and page by page and by the end you know you are seeing someone special plying the craft. 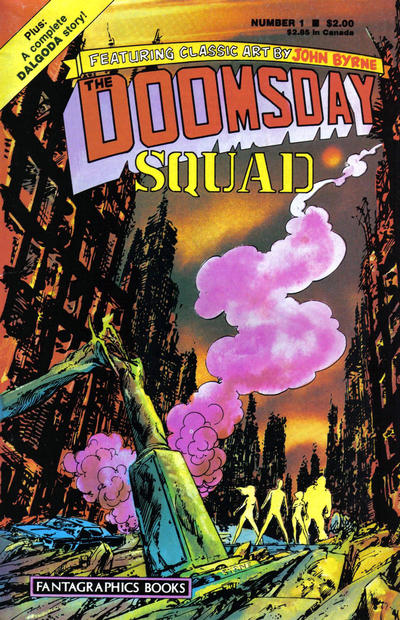 Doomsday +1 was reprinted by Charlton and later by the folks at Fantagraphics under the title Doomsday Squad fitting all the issues with snazzy new covers by Byrne, Neal Adams, and Gil Kane. The book has never been forgotten because of Byrne's involvement and he himself produced something of a reboot several years ago. But the magic was missing in that one. Certainly the magic was present in the original which gave us some of the dandiest end-of-the-world yarns in comics history.