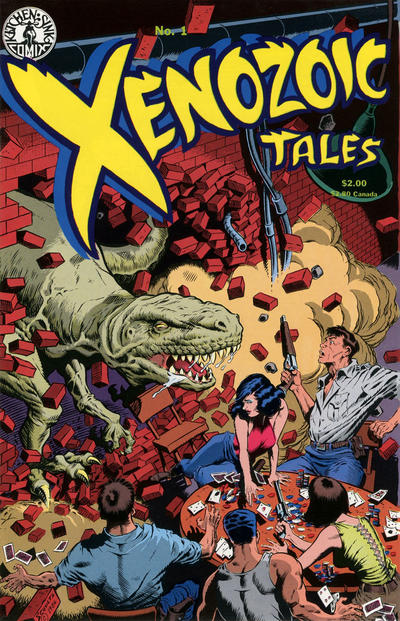 Dinosaurs are always guaranteed entertainment and when you mix them with sophisticated human society it's a go, though as with all dystopias it's not a world in which I personally would prefer to live. Mark Schultz too those notions of dinos and autos and created Xenozoic Tales for Kitchen Sink. It's post apocalypse and after a five hundred year tenure underground mankind emerges to find a brand new or really vintage fauna inhabiting the world. It's the story of Jack Tenrec, who fixes old vehicles in particular vintage Cadillacs and Hannah Dundee, a politician and scientist with some kickass moves as they work together, mostly, to try and keep human society afloat despite all sorts of threats. 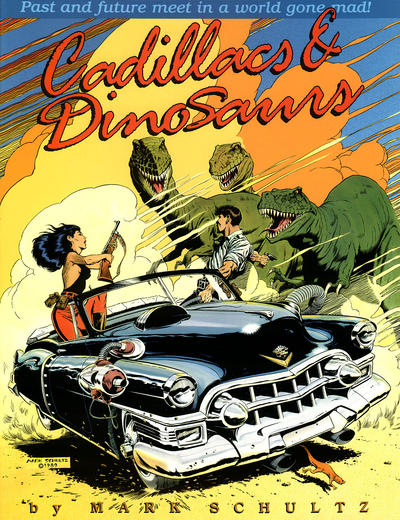 The series was exceedingly well crafted and only got more so as it continued. It was picked up by Marvel and later Topps and later still Dark Horse, and got some measure of fame and was even a cartoon on TV for a time. But Schultz had a hard time finding time to keep it going and it lasted a mere fourteen lush beautiful issues. It's a dangerous world, but lovely to behold.