Don Of The Dead! 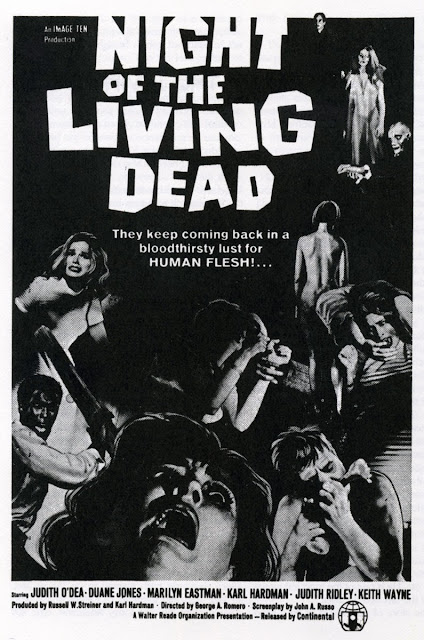 Zombies have become ubiquitous in modern culture, so commonplace that they are used for all manner of dramatic, comedic, and pedagogic purposes. The zombie is a blank through which all of mankind's weaknesses and even some strengths can be showcased. "Zombie Apocalypse" is a phrase known to most all people these days, a short hand metaphor for anything which threatens the security of modern daily life. But it all started somewhere and as far as I can figure we have George Romero and his mates from Pittsburgh to blame. Night of the Living Dead is a masterpiece of independent film making, perhaps "the" masterpiece. In that sometimes rugged black and white tale much is revealed and not all of it intentional, but no less valid. Turns out the story was a comment on our society's tendency to isolate the individual and focus on what makes us different than what makes us alike. 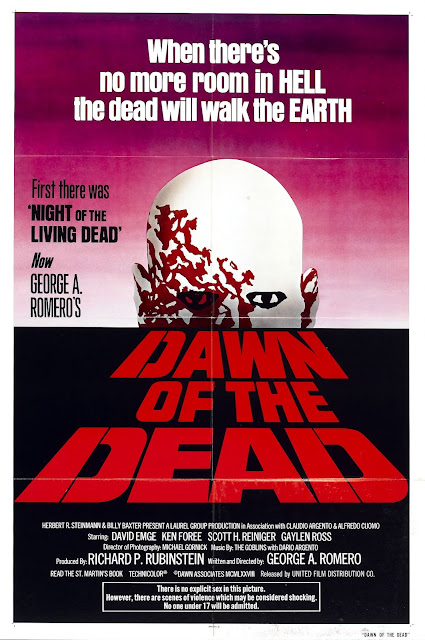 When next Romero took on the dead,  it was to poke fun at the consumer culture which has simultaneously buoyed and diminished our culture in the last many decades following the last great World War. The unyielding quest for things (of which I claim no immunity) has defined us in the time since I've been around. We are citizens of course, but first and foremost we are customers, catered to and coaxed constantly to buy what we don't need and eventually need what we shouldn't want' When war came knocking as the twin towers tumbled, we were told to go about our business, to keep the economy humming in the face of the assault. Romero's Dawn of the Dead tagged us long before Osama Bin Laden thought to throw our gross impulses into our faces. 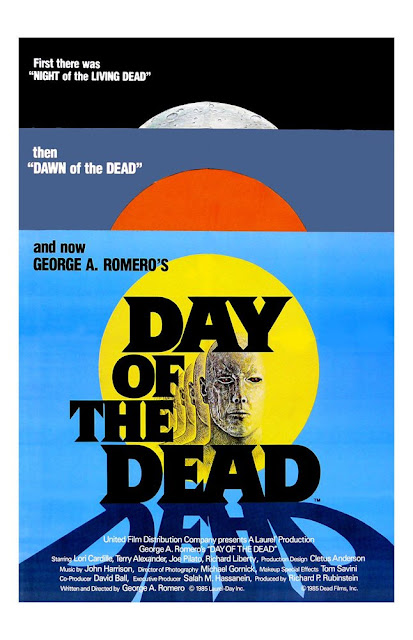 And we are never any uglier than the society seen in Day of the Dead. The world seems lost as the dead have overwhelmed society and people hide away and slowly go mad in their own ways, desperately cleaving to the identities they had before the world was whisked out from under them. Without orders soldiers lose their way, without a way to plan for the future even those who love do so in the minute and in the minute alone. We become prisoners behind cages built to contain others, our jailers are ourselves. 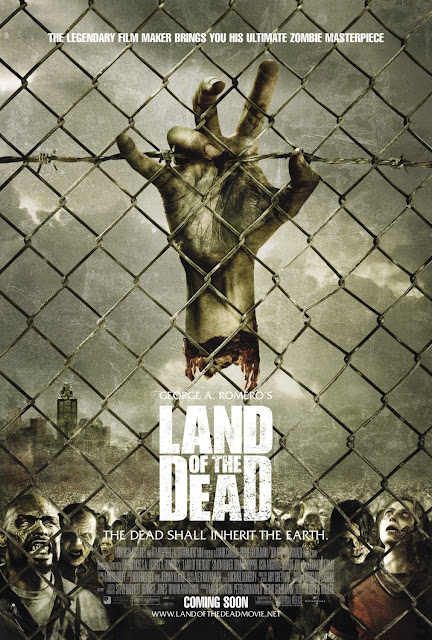 And finally when society does begin to reorganize the old hates and class divisions rear up to make again a mess of the world which was taken away. When even the dead begin to change and show some spark of empathy, mankind's inability to do so shows all to readily why we all of us might well live in a Land of the Dead already. Romero's use of the zombie apocalypse movie, a form he invented is all about showing the world not what could happen, but what has already happened. We don't await the zombie apocalypse, alas we are all of us too often part of it.

I know there are two more zombie movies from Romero, but I haven't seen them yet. Soon maybe.