Tohope And Change - Godzilla Versus The Thing! 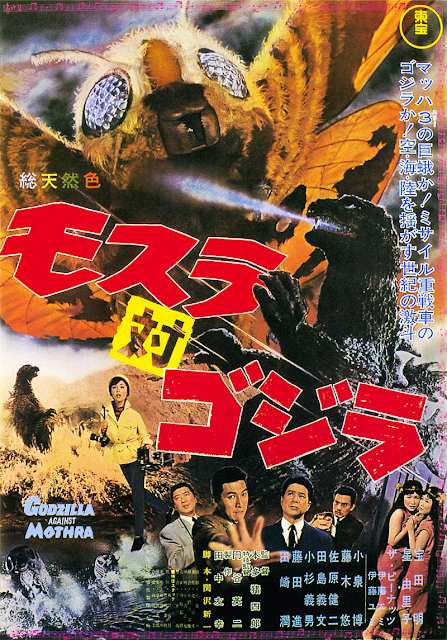 Godzilla Against Mothra might well have been the very first Godzilla movie I ever saw. The movie is ultra strange and I will never forget the opening images of the raging storm which eventually reveals the weird giant egg that becomes the center of the drama. Through in a really good cast as good guys and bad guys as they hustle and bustle over ways to explore and exploit the egg and you have a movie that works really well. When the egg hatches and Godzilla shows up to do battle with Mothra's larvae we have a contest. The way Mothra always dies in her appearances, passing along her power and station to the next generation is a compelling aspect to nearly all of her appearances. Mothra is an elegant image of sacrifice while Godzilla is still at this stage the repugnant omen of war and murder, a monster in the truest sense. 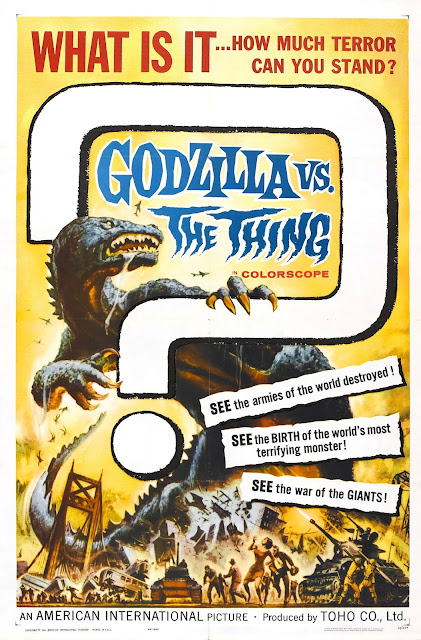 When I saw the movie I saw it under its English title Godzilla Vs. The Thing. I always thought the title oddly compelling as manifestly inaccurate as it is. Mothra is as far from a "Thing" as any of the kaiju can be and Godzilla actually battles three "Things". In fact this is the final movie in which the popular Godzilla is the outright enemy of mankind and not just exceedingly destructive, but that will change next time. But in the offbeat dramas of the Toho monster movies arguably the greatest creations, the most impactful and their first clash is a thing to behold.