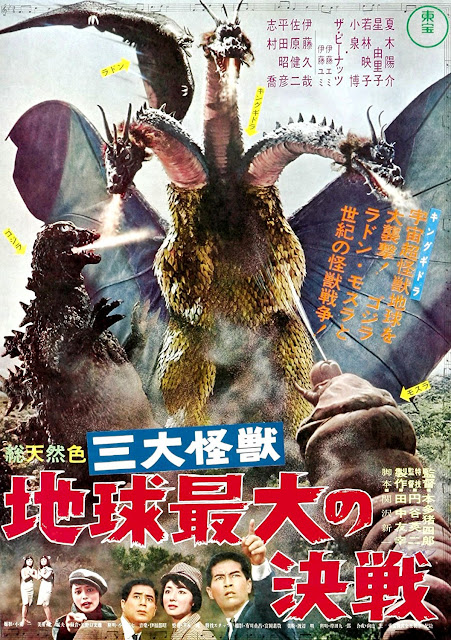 If there is a monster that can rival Godzilla in sheer awesomeness it might be Ghidorah the Three-Headed Monster. The alien three-headed dragon from space is unusual in the coterie of kaiju in that his small trinity of heads make his motivations obscure. He's always ferocious and dangerous but lacks any opportunity like the other monsters to become something people can identify with with. In this movie Godzilla switches sides and teams up with Mothra and Rodan to fend on Ghidorah, the deadly weapon called down from the depths of space by aliens intent on stealing the women of Earth. 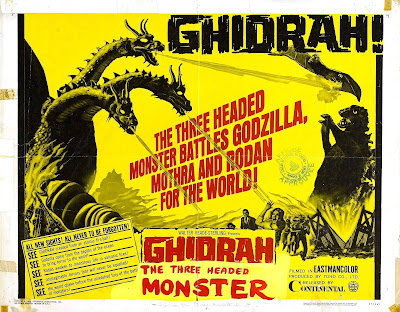 This is the movie in which the kaijus become more cartoonish and even have a confab between themselves with the less aggressive Mothra attempting to get the monsters of Earth to work together against a common enemy. But always the focus is on Ghidorah, the powerful enemy. It's not a tiny jump by Ishiro Honda to the real world in which mankind must pool its resources to confront all sorts of evil and damage throughout the world. The aliens here are the ultimate enemy from beyond, who duplicitous and deceptive and deadly. Mankind must face these facts and work together just as the monsters must do for Earth as we know it to maintain. And that's no small message for all of us.