The Once And Future Tarzan! 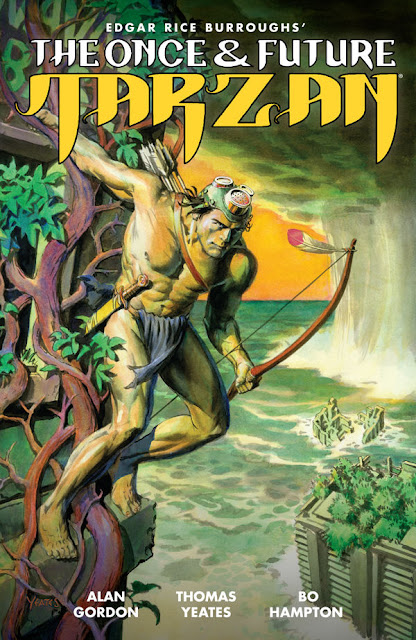 The Once and Future Tarzan is a bizarre adventure for our friendly neighborhood Ape Man. The future referenced is apocalyptic. Modern society has broken down and crumbled around the edges. The reasons are at once mysterious and obvious. Too much interference with the natural order finally reached a tipping point and suddenly people ain't so fertile anymore. 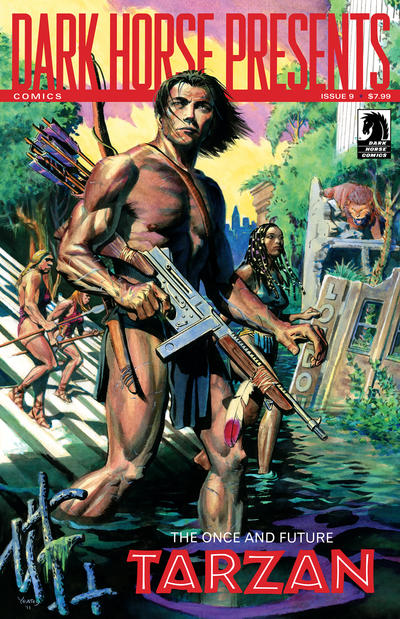 In the ruins of what once was still lives Tarzan and his wife Jane. They are three hundred years old and have become the stuff of legends. These legends live in a collapsed London in which Tarzan and Jane tend to hidden habitats protecting sundry species from extinction. They are assisted by loyal folks who likely don't know the secret both Tarzan and Jane carry, that they are from the time before the collapse. 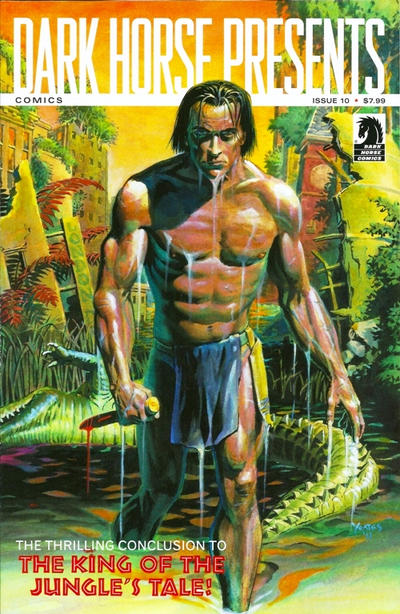 Into this scenario appear a matriarchal society of warrior women who seek Tarzan and find John Clayton who promises to lead them to their prize. Also on hand are men who still seek to control the natural world and turn it to profit. These men seek Tarzan to get the secret of "eternal life". The saga begins in England but soon a ragtag band are headed to Africa, but the way there is extremely dangerous due to an impossibly large storm which continually rages in the ocean. We begin to learn some of the secrets of this world, but slowly as this makeshift quest unfolds. 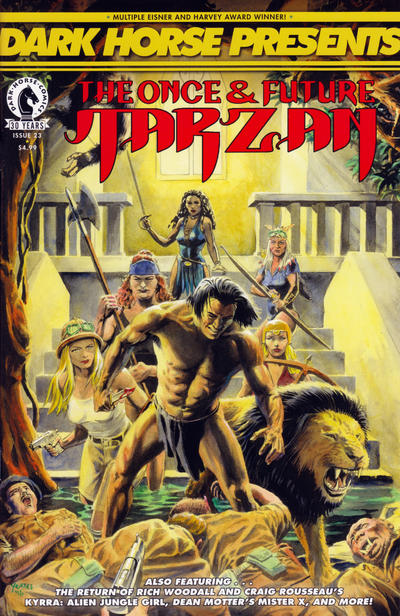 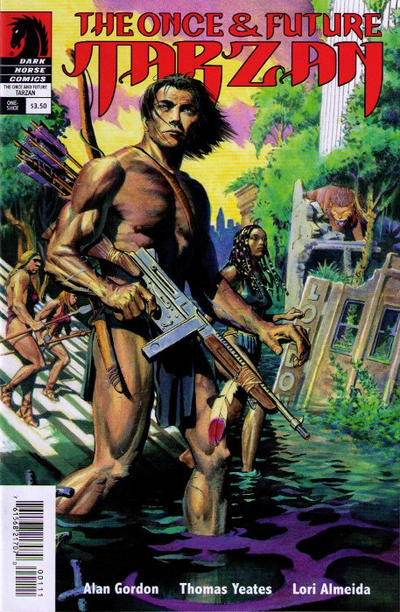 This is a story which requires patience in the reading. The reader is put in the place of many of the characters and stays in the dark about critical details about how this strange sad world came to be. One aspect of the storytelling which I found remarkable is how the romance of Tarzan and Jane is communicated so effectively. Jane is a remarkably capable character in her own right and the story of a marriage which is centuries old is fascinating. This one is worth the time.
Rip Off
Posted by Rip Jagger at 12:00 AM
Labels: Bo Hampton, Dark Horse Comics, Tarzan of the Apes, Tom Yeates