Tarzan Vs. The Moon Men! 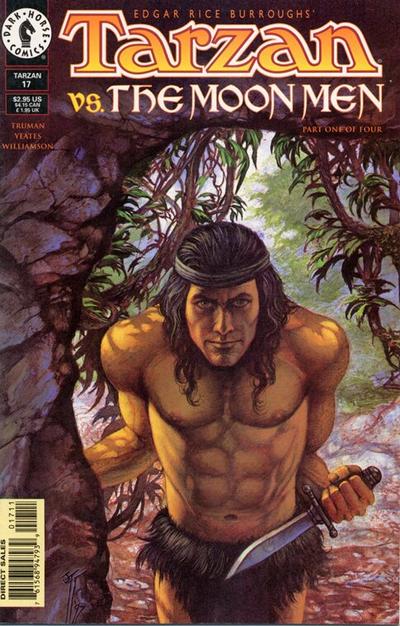 The Moon Men saga is one of ERB's less well known. But that didn't stop Dark Horse from using the concepts in a lovely four-issue saga that closed out Dark Horse's regular Tarzan series way back in the 90's. Tom Yeates is the artist with Al Williamson giving his pencils a lush finish. Timoth Truman is the writer, and he does a bang-up job of blending in three of ERB's yarns. 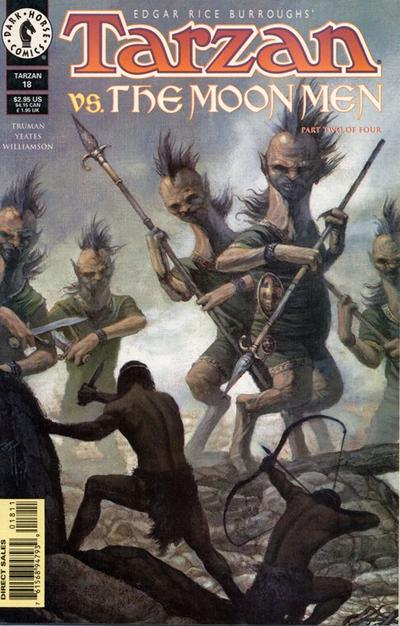 The story begins when two lovers seek a quiet and remote location and enter the same cave in which Nu of the Neocene had taken shelter eons before. They find his bones just as ERB described in his novel The Eternal Lover. It turns out the cave is a temporal portal and all of a sudden there pops up a man from the future who claims to be a descendant of Muviro, Tarzan's top man among the Waziri tribe. Soon we learn he is in fact a descendant of Muviro and he comes to the present to seek help from Tazan against a wave of Moon Men who have invaded Africa. This story seems take place in the wake of the events in The Red Hawk, the last of the three Moon saga books. 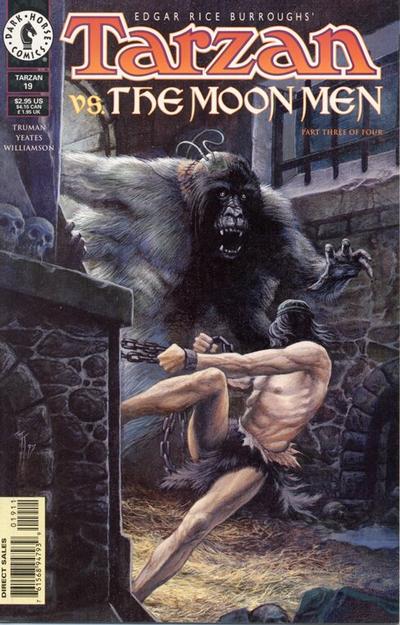 Tarzan, his son Korak, and another Waziri warrior go to the future to fight the Kalkars and the Va-Gas, two species from the Moon. The Kalkars had brought the savages to Earth to help them win the planet, but their schemes don't really come together very well. While Tarzan is left to fight the Moon Men and the hybrid beasts they have bred here on Earth, Korak finds some comfort in the arms of the lovely Na-ee-lah, a descendant of Orthis  the man who sparked the invasion to begin with. 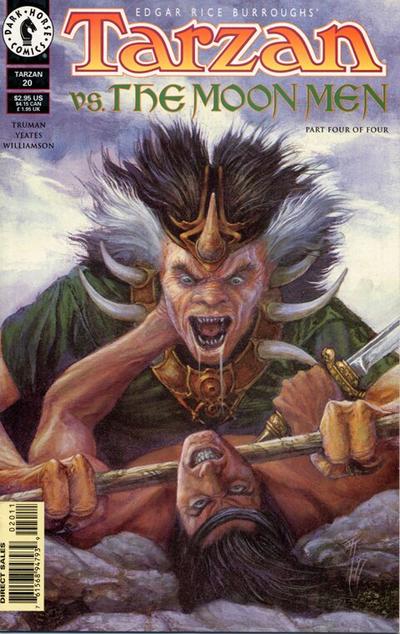 Tarzan must battle Go-Va-Goh the savage leader of the Va-Gas. And it turns out there is treachery aplenty in this cracking yarn that shows a planet under siege. The story is a smart one with dandy artwork.  There is a little confusion on my part about time frames, but I was careful not the let such details ruin my enjoyment of this rousing bit Tarzan adventure. 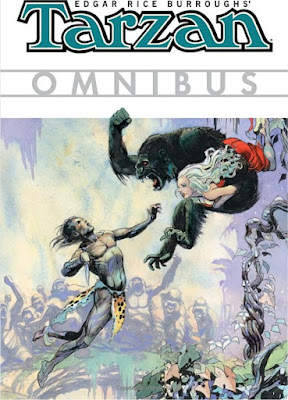 The story was collected along with all the other issues in the Dark Horse run in a handy easy-to-read omnibus volume. More on other stories in this collection as the month unfolds.
Rip Off
Posted by Rip Jagger at 12:00 AM
Labels: Al Williamson, Dark Horse Comics, Tarzan of the Apes, Tim Truman, Tom Yeates