The Moon Maid - Complete And Restored! 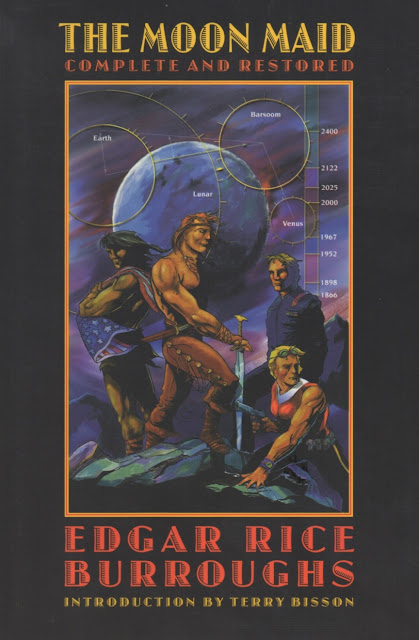 The Moon Maid from University of Nebraska Press brings together three stories which detail the future history of Earth and how it came to be invaded by savage warriors from the depths of the Moon. It is full of the rousing far-fetched adventure that marks most of the works of Edgar Rice Burroughs, but alas it suffers more than its share of the racism which also inhabits even his finest works. The core problem with an ERB yarn is that he promotes the simple-minded notion that certain races are inherently superior. In this story the traditional Anglo-Saxon society of the white man is lauded, and other cultures are presented as debased to greater and lesser degrees. The story began as a novel titled Under the Red Flag with was an effort to detail what a future America would look like under the control of Bolshevism. In the 1920's when this work was produced a "Red Scare" was much in evidence and dread of what might happen should revolution and anarchy rule the world was widespread. But despite his name recognition and despite the fear of the era Burroughs was unable to sell Under the Red Flag. So, he set about to revise the story and expand it. 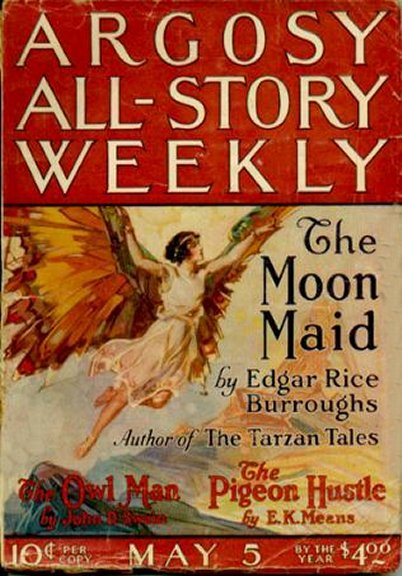 To sell the story he had but to turn into the kind of science romance he'd had so much success with A Princess of Mars and other. In fact, he set about to create a prequel to the core story titled The Moon Maid. It's similarity to A Princess of Mars does not stop with the title. The story of an Earthman who ends up on a distant planet in a strange world and finds a beautiful princess who captures his heart save that he must constantly wage battle to have her is classic ERB and he uses it here. We have a typical frame story in which ERB himself is told the story by Julian III, a soldier in the Peace Fleet which is the only military unit still operational in a world which has just ended a decades long war in the year 1967. Julian explains that he can remember many of his lives both past and present and tells of Julian V who attempts a voyage to the planet Mars aboard a ship called the "Barsoom". He and his crew are betrayed by a genius named Orthis who causes them to crash on the Moon, or better inside the Moon where they find a sprawling territory ruled by four-legged flesh-eating creatures called "Va-Gas" and also a race dubbed the "Kalkars". The former are savages. but the latter are stand-ins for Russian Bolsheviks, and it is they who are the focus the next book. This one wraps with our hero getting the girl but losing the war. 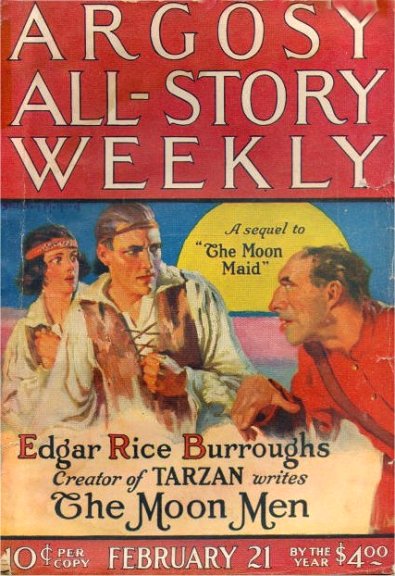 The Moon Men is Under the Red Flag revised. In this story we meet Julian IX who lives in a world one hundred years after the invasion of the Kalkars from the Moon, and invasion made possible and led by the traitor Orthis. The Moon Men have instituted a society ruled by a committee which divides up property and such and doesn't allow private ownership. This and the failure of the Kalkars to recognize the inherent superiority of certain people (such as the Julians) and living under the delusion that all men are equals (though some are more equal than others of course) is ERB's main gripe. He thinks some are born to rule, and some are born to serve, and you can see the difference in their postures and their faces. This book is pretty damn racist setting up Julian IX as neo-superman who is able to lead an uprising in Braveheart fashion at last though in the end the malignant Kalkars do win the day. It's not many novels that end with the execution of the main character and he's telling the story and it's not over at the end. 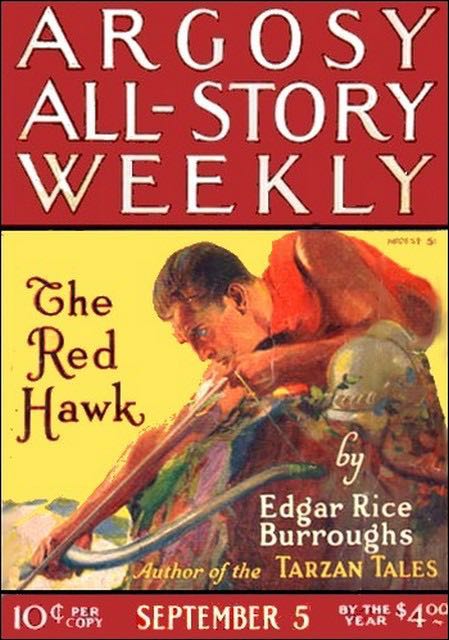 Flash forward three hundred years and the war between the Yanks and the Kalkars still rages, though the former have seemingly pushed the latter across the American continent to the west coast. We meet Julian XX who atop his steed Red Lightning leads a savage nomadic tribe who move lock stock and barrel across a desert to bring war to the Kalkars at the very edge of the Pacific Ocean. The stories of previous Julians have become more myth and legend and the battle for "The Flag" is waged with little understanding of the concepts it symbolizes. Julian also called Red Hawk and men like him are ruled by the hate they feel for the Kalkars over generations. Though this tale is a simple as its predecessors in its view of politics it does in the end require more than just brute force to win the day and the war between the Earth men and the Moon Men finds some marginal resolution in this final tale. 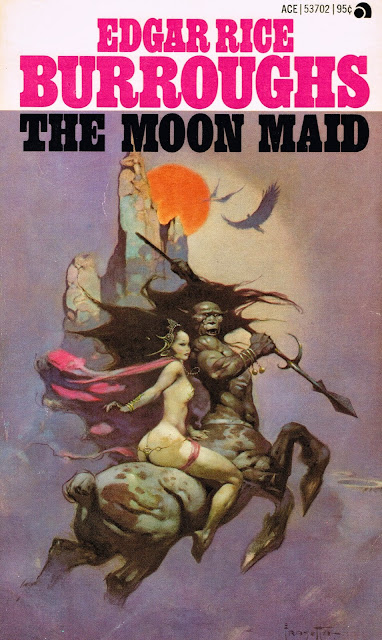 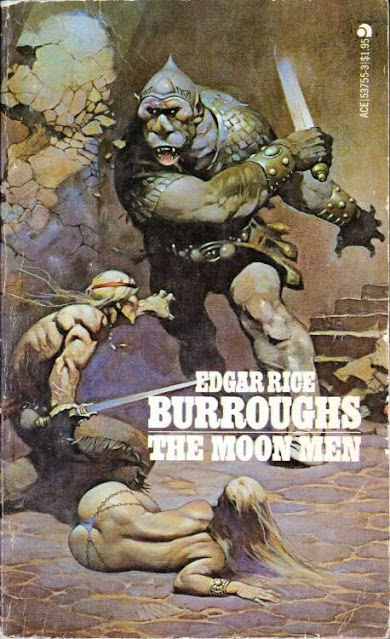 Edgar Rice Burroughs was a gifted storyteller, a man with a knack for knock out a compelling yarn, but I never realized just how ugly some of his ideas were. In this trilogy the worst of him is on display, though I have to confess it's by and large still a rousing story.
Rip Off
Posted by Rip Jagger at 12:00 AM
Labels: Edgar Rice Burroughs, Frank Frazetta, John Carter