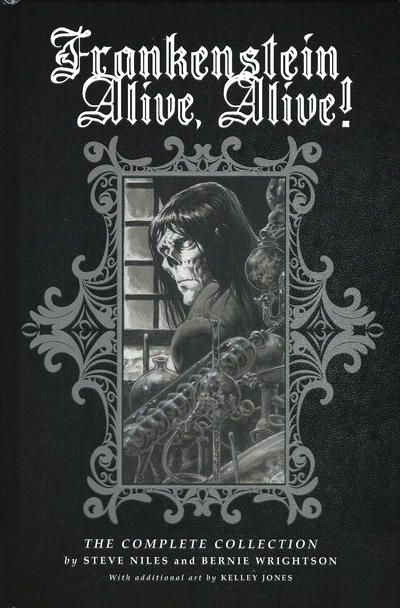 Berni Wrightson died in 2017 before he could complete a second labor of love, a collaboration with Steve Niles which offered up a sequel of sorts to Mary Shelley/s enormously influential novel Frankenstein. Frankenstein Alive, Alive! though was a work which met with many delays and ultimately had to be finished by another aritst, Kelley Jones over Wrightson's layouts. It's a pity. 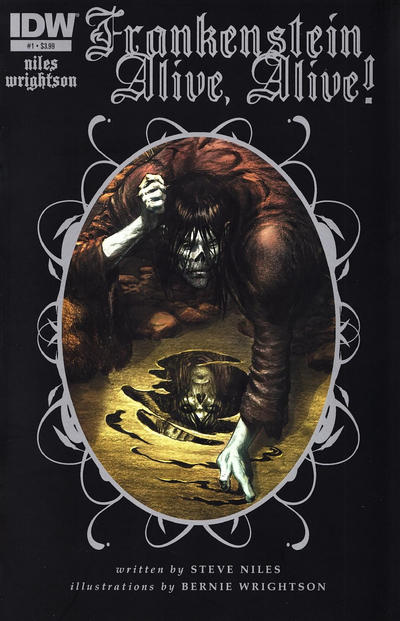 The story begins in a Depression era circus where we find the Creature Frankenstein created many decades before working as a sideshow attraction. He bemoans that people are always disappointed by his appearance which though ghastly does not compare will with the popular culture interpretation of the creature found in popular movies of the day. The Creature begins to reflect on his history and how he comes to still be living in the 20th Century. We travel along in his revery as he remembers laying himself down in a glacier to die only to awaken some time later only to encounter a volcano which erupts immersing the Creature in lava. 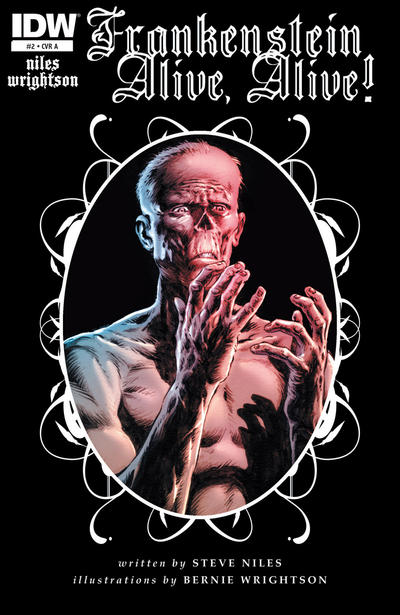 Her is found by Arctic explorers who find his encased body and cannot fathom what it might be. His form is transported to the home of Dr. Simon Ingles where he escapes from his rocky confinement. Ingles though is not put off by his strangeness and actually begins to take care of the Creature who finds comfort n the sprawling home of the Doctor. A library is an ideal place for him to expand his understanding of the world. He learns that Dr. Ingles has a wife who is dying and he as a scientist is using radical technology involving fetus material to attempt to keep her alive. 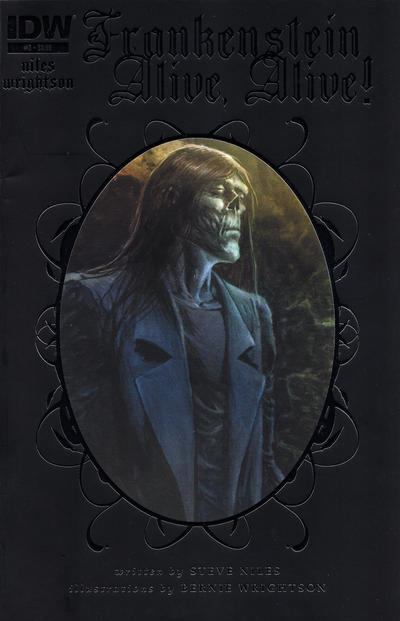 Years pass and the Creature stays with Dr. Ingles and continues his education, all the time being assaulted in his dreams by the memories and ghosts of the people he has harmed in his terrible life.
Suddenly he learns that Dr. Ingles is sending away his staff and many others who were at the house, folks the Creature had been largely unaware of. The reason is that Ingles in a desperate ploy plans to used the newborn child of an unfortunate woman to help cure his wife. But the Creature realizes the wife is dead and that Ingles is not unlike Frankenstein in certain ways with an unhealthy lack of concern for others. 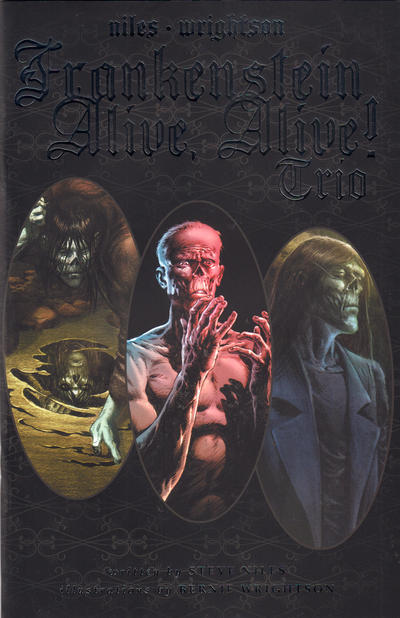 These first three chapters are gathered together when the final installment at long last appeared some years later. 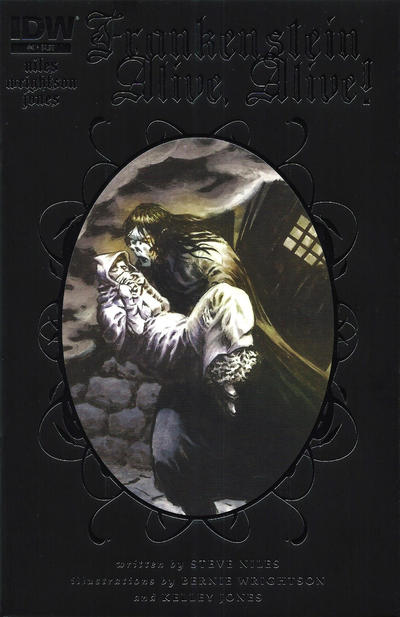 In the final chapter which  Wrightson was unable to complete, we see the Creature take action to save the mother and her child as the home of Dr. Ingles burns to the ground burying him and his wife. The Creature is forced by circumstance to deliver the baby in the most extreme of hostile winter environments but he is successful and sees both mother and child safely to a convent. That event convinces the Creature that his many attempts to kill himself have proven futile and despite his alien nature he has the right and responsibility to stay alive.
It's a slender tale and I cannot say that aside from its singular message that there's  much heft to the story. Wrightson was using much more lush techniques to bring this story to life and while at times quite lovely they lacked the potency of his early pen and ink work on the novel itself so many decades before. I wish it were better, I really do. It's interesting to see Berni's layouts for the final chapter and I admire how Kelley tried hard to stay true to the original intent, though he does fail to get the depth in certain places. This is a flawed work but it does its share to help keep the Frankenstein saga alive for all time.
Tomorrow I'll reflect on Wrightson's magnificent work on the Shelley's original novel.
Rip Off
Posted by Rip Jagger at 12:00 AM