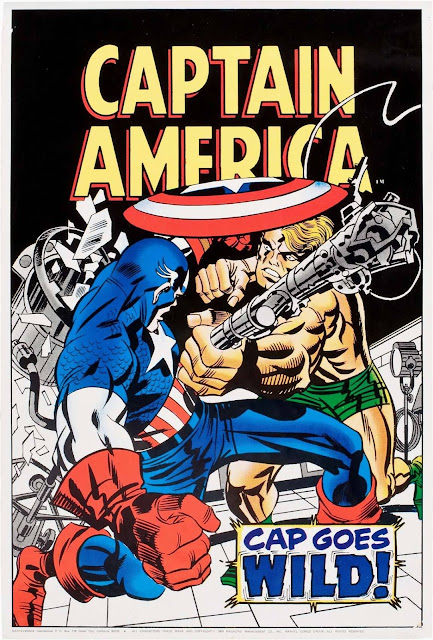 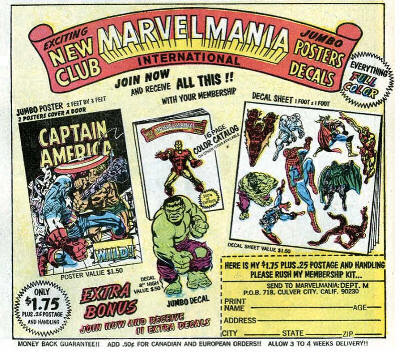 It will not a visitor long at the Dojo to see my adoration for the work of comic book master Jack"King" Kirby. I do believe that Kirby has more references here at the Dojo than any other individual talent. Well I was able to lay my hands on some reproductions of some important Kirby work, specifically the posters he created once upon a time for Marvelmania International, the second of Marvel's "club" operations. According to reports it was a lack of proper remuneration for these efforts that added yet another reason for Kirby to walk away from the "House of (mostly his) Ideas". 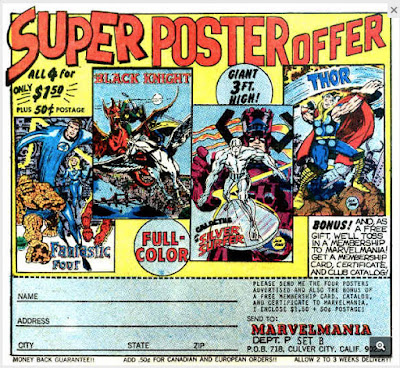 But the fact Jack didn't get his just reward for these doesn't make then any less handsome and compelling to look upon. I craved them from the moment I saw them in an ad for Marvelmania, but I rarely used such mail order to get things like that. I didn't have the patience for the delay. It says in the to "allow 2 to 3 weeks" for delivery but my experience pushed that to six weeks most often. 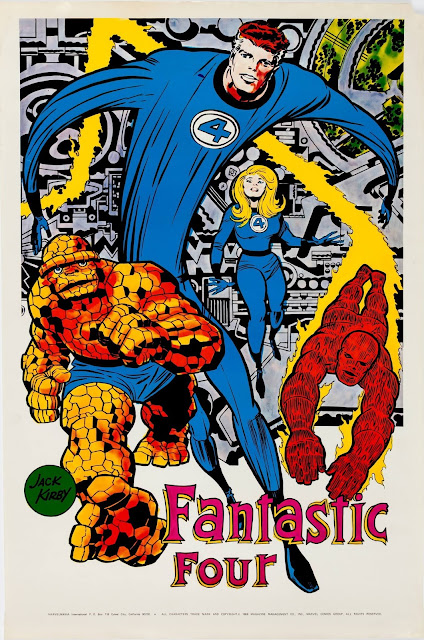 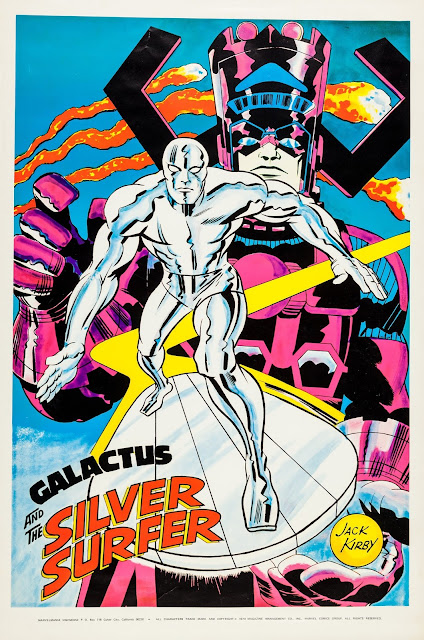 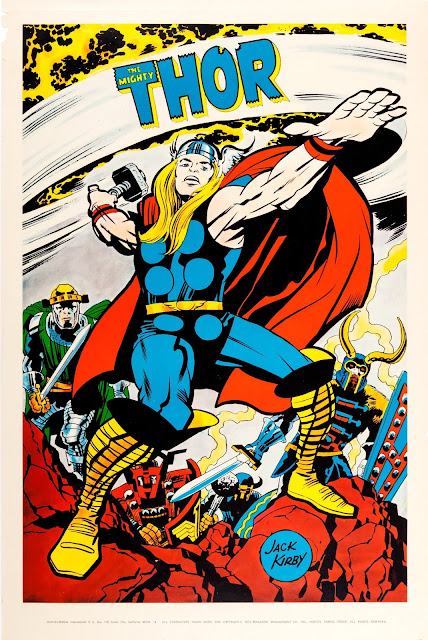 I now have versions of all three of the Kirby posters from that ad. I only needed to wait four to five decades to get my mitts on them. 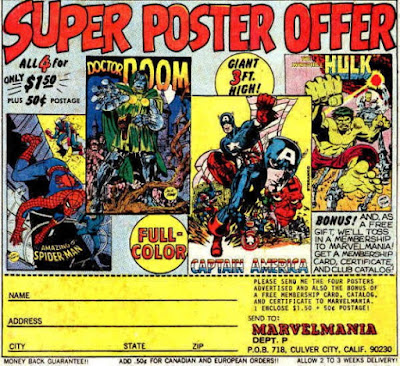 Marvelmania came forward with a second wave of posters and Kirby alas was only represented once with a fantastic Doc Doom effort. It turns out he'd also done posters for Spider-Man and The Hulk but his efforts were turned over to artist John Romita and Herb Trimpe who worked up their own renditions of Kirby's original offerings. This transformation without his permission was yet again a bit more reason for Kirby to skip off to DC to make the "Fourth World". 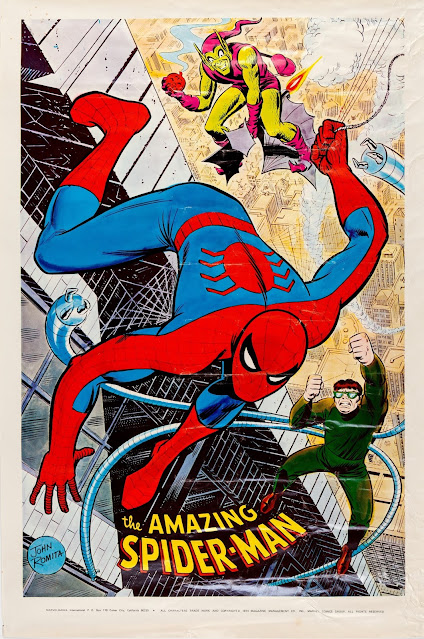 I have gotten that Johnny Romita poster now and its so very handsome and slick, just the very thing that Romita brought to the Web-Slinger. 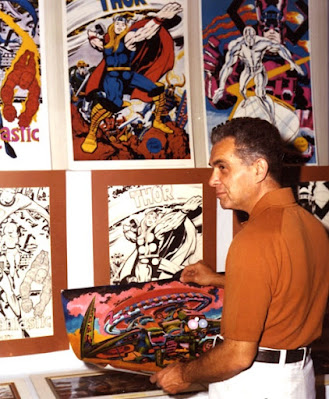 Kirby is an artist who lies at bedrock of comic books as we know them. His influence is felt today by folks who don't even know that they follow in his steps. The success of Marvel's movie empire would be impossible without the work of Jack "King" Kirby. Stan too of course, but Jack made such handsome pictures that tingle the imagination still after all these years. 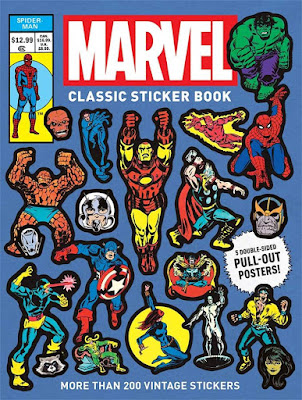 If you want these for yourself I recommend the Marvel Classic Sticker Book which has them. 'Nuff Said!
Rip Off
Posted by Rip Jagger at 1:00 AM