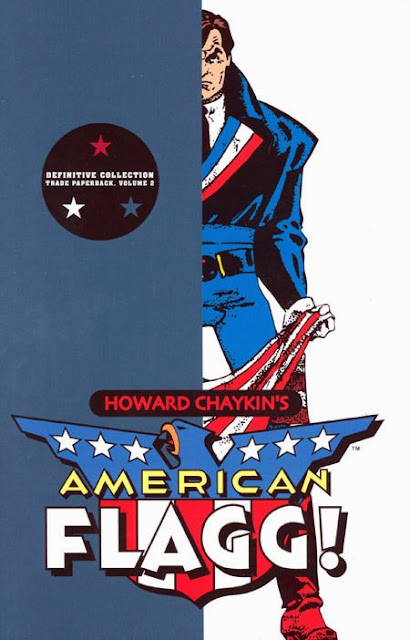 Howard Chaykin's  1980's dystopic comic book saga American Flagg is a robust yarn about a possible bleak future for the world, one in which the governments of the world have largely collapsed or escaped to the planet Mars and leave behind on Earth sprawling commercial-governmental complexes which prey on the people as much as serve their needs. In this environment Reuben Flagg becomes a "Plexus Ranger" and attempts in his own way to make a better world for himself and those around him. 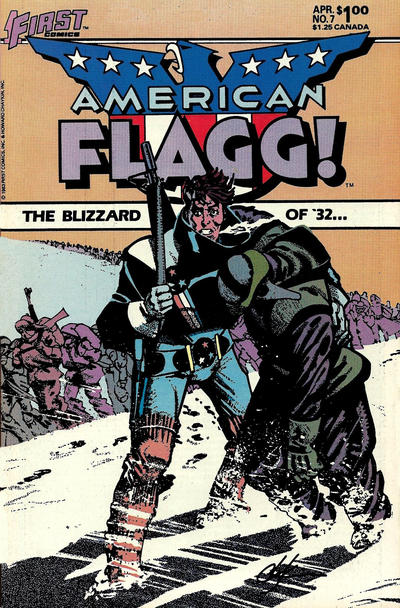 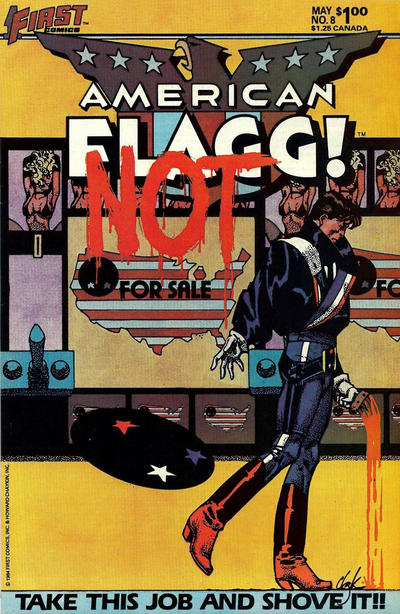 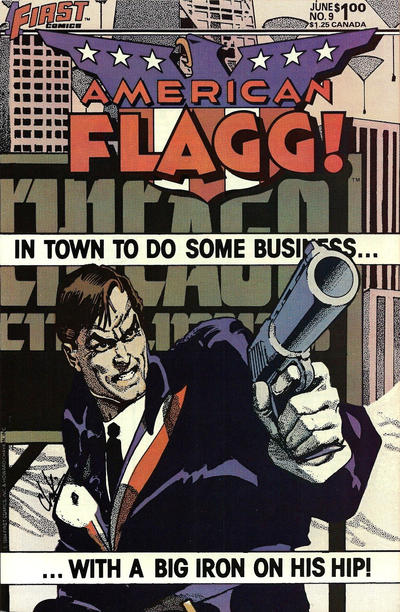 The storylines in American Flagg are trios of closely related stories, each with its own overarching title. "State of the Union" is the first trilogy in this collection and it tells how the world outside the somewhat more protected city-states called "Plexemalls" have been overwhelmed by an enormous blizzard. Thought to be the work of nature, it turns out this destructive storm was the result of technology, specifically a satellite long forgotten spinning about the Earth with the capacity to affect weather. Flagg with his new robotic deputy Luther Ironheart are attempting to keep order as waves of displaced people try to find shelter against the relentless weather. Fighting to keep "undesirables" out of the city is a group called the "American Survivalist Labor Committee" or ASLC for short. Also in the wings is the "Gotterdemmocrats", a revived version of the National Socialist Party better known as Nazis. Flagg must battle furiously to try and keep these forces from coming to power. 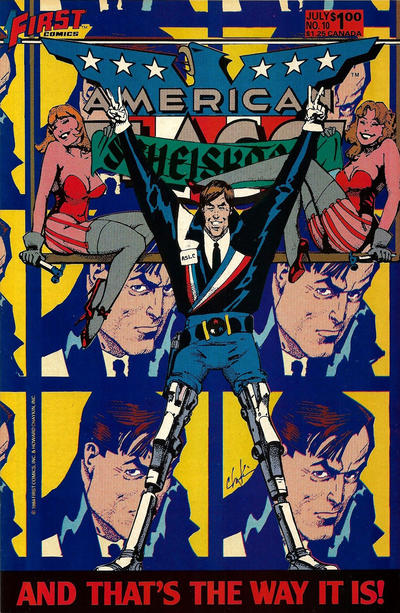 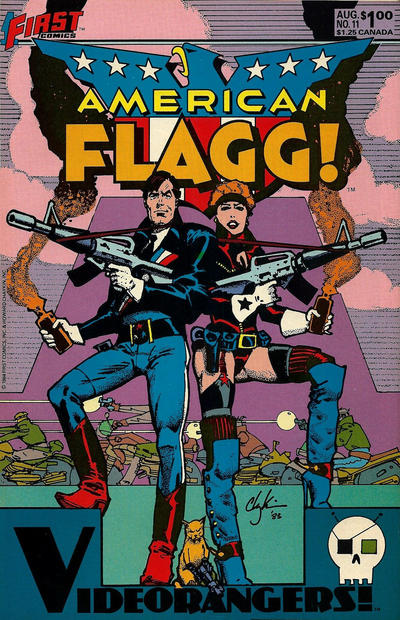 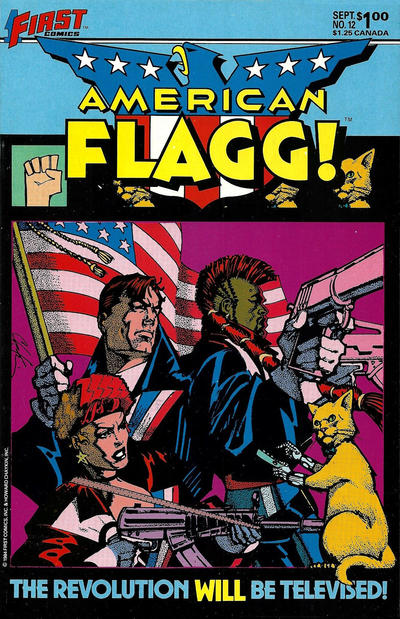 In the final trilogy in this collection titled "Solidarity for Now", the last issues completely done by Howard Chaykin we see the results of the efforts of the ASLC and the Nazis to get power in Chicago and we follow Flagg and his few allies as they attempt to not just stay alive but return to power and bring some measure of safety to the countless thousands deemed unfit for the new society, not mention saving the life of the last King of England no less. Many familiar faces from Flagg's previous adventures surface as the enemy tries to maintain power. Flagg enlists the help of many disparate forces, even former enemies to bring the Nazis to heel. Eventually he wins out, but it is a hard fought victory with significant costs. 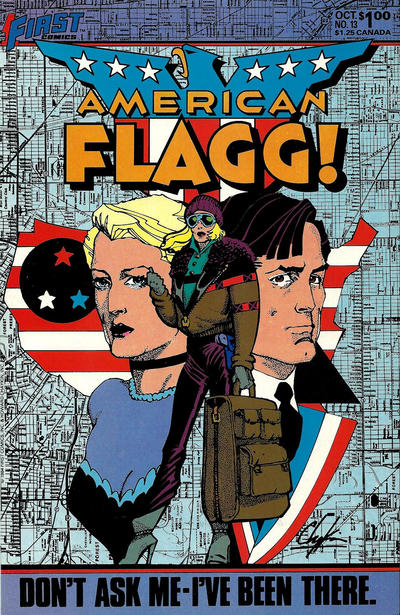 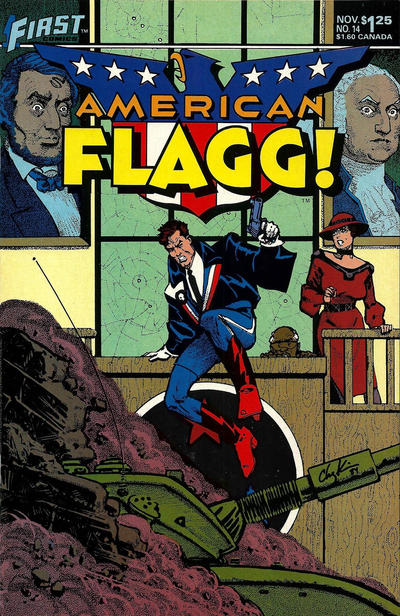 This collection closes out with two issues of American Flagg not drawn by Chaykin, though he does write them. The first drawn by James Sherman and Rich Burchett tells the long and convoluted story of one of our characters who has been suffering from amnesia. The second drawn by Pat Broderick and Burchett showcases how Flagg is able to win some measure of protection and support form the governments beyond Earth who are more interested in selling Chicago than governing it. The final story in this collection is a new one produced by Chaykin as a coda of sorts to these early seminal stories about Reuben Flagg. Truth told, I prefer the younger less evolved style Chaykin used to his more modern renderings. 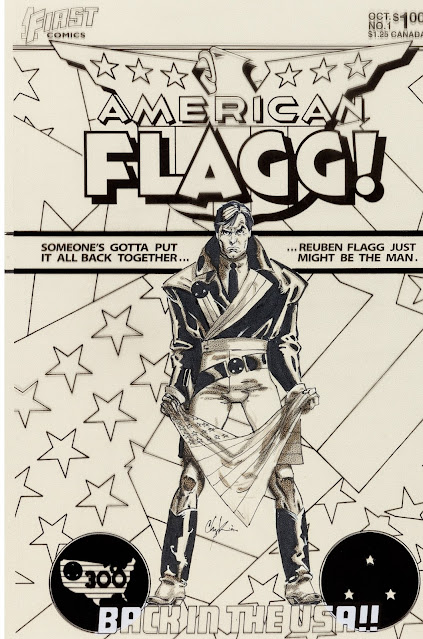 American Flagg is an exciting read about characters who are adult in many ways including partaking in sex. I've not said much about the sex in these stories, but it plays an enormous role, as much in many as the issues of race and ethnicity. The sex presented by Chaykin is a bit kinky with nearly all the women in the series ending up in bed with Reuben Flagg at some point and when they do they all have a decided penchant for wearing garters and stockings. Chaykin is unafraid of presenting sex in his stories and in some later work the sex becomes the focus, but for American Flagg it's one important element among many others.
Rip Off
Posted by Rip Jagger at 1:00 AM