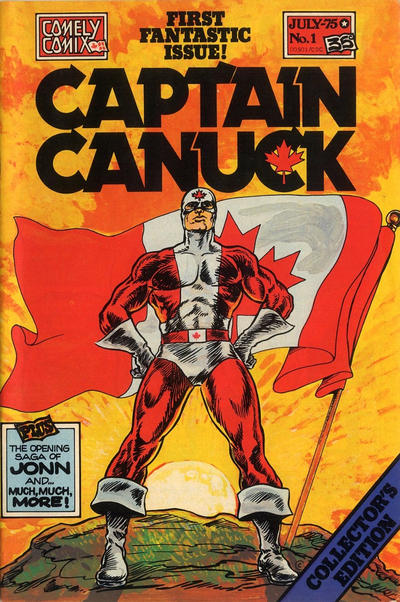 Some comics just strike a nerve. Perhaps it's the specific content, but more likely it's the time and place in which you encounter it. I can remember where and when I first read Charlton's E-Man and likewise I remember where and when I first tumbled to the independent comic book Captain Canuck. My late wife and I were visiting her parents. They lived in what is rated as the poorest county in Kentucky, which is far from being the richest state in the United States. It's mostly an area limited in development because of protected forests and the remnants of company towns still mark that before that the people were preyed upon by leaders of commerce. In a little out-of-the-way stop and shop store I found a comic book I'd never heard of. It was the ninth issue of Captain Canuck written by his creator Richard Comely and drawn by George Freeman. It was Freeman's artwork that lassoed me first  but the story itself was an action-filled second half of a two-part yarn that had taken Captain Canuck into space and back down again. I was hooked. I got every subsequent issue I could find and scouted up the back issues, buying them from Comely's small operation. I joined the Captain Canuck club even. The series never let me down, save when it just up and stopped. 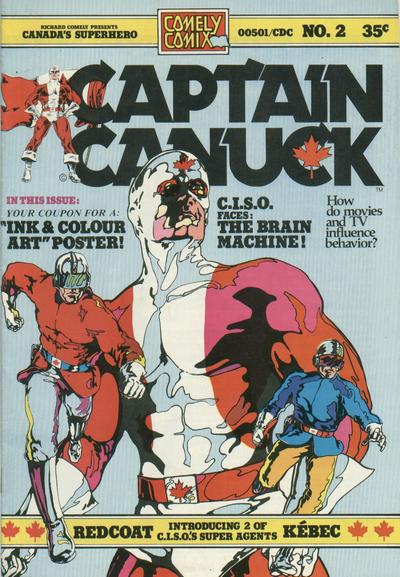 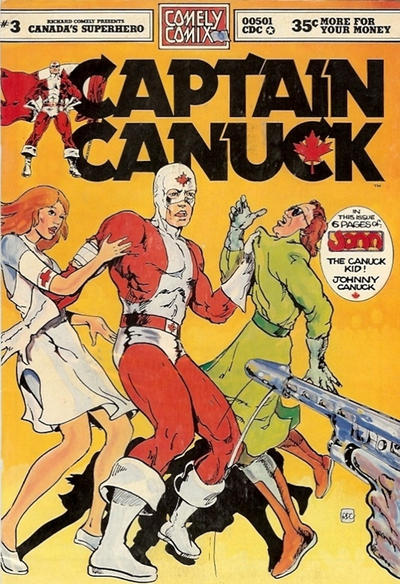 Richard Comely is the co-creator of Captain Canuck and he is primarily responsible for both the story and artwork in the first three issues. These are tales of super-scientific espionage set in the then moderately distant time of the 1990's. Canada is asserting itself as a world power and Canuck along with his fellow C.I.S.O. (Canadian International Security Organization) agents Redcoat and Kebec fight for the protection of the land to the North and the greater planet as well. The artwork by Comely is marginal, with some flourish, but like so many independent efforts more amateurish than professional. The stories though are brisk and to my surprise each time I read them Canuck himself is pushed to the sidelines early and often. 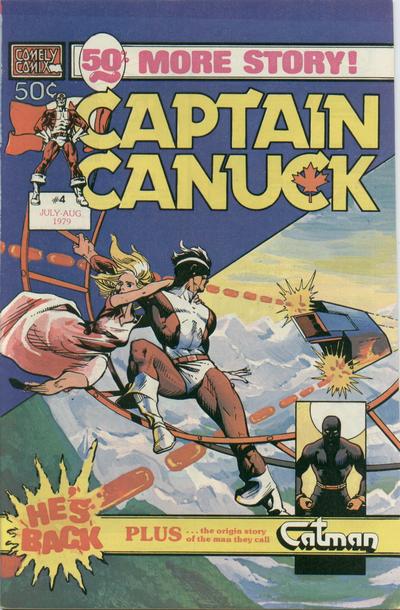 The fourth issue introduces the artwork of George Freeman (Freeman had assisted on the inks for the third issue) and with his coming the series begins to get some real heft. Freeman's art makes Comely's scripts look much slicker. 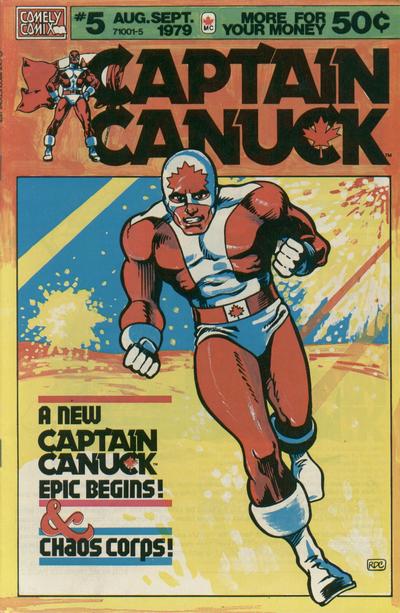 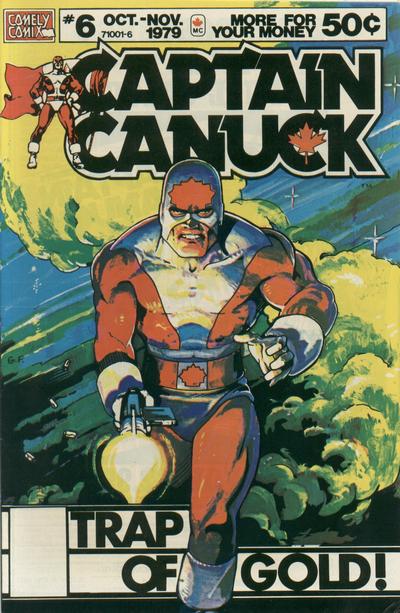 For several issues we follow Captain Canuck as he chases his enemy the drug runner Mr. Gold who has his super-secret lair in a lost Incan city. Canuck rescues a lovely nurse and saves the world, but that's to be expected. 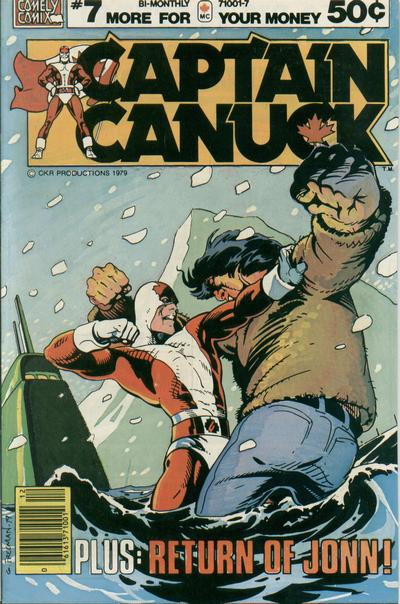 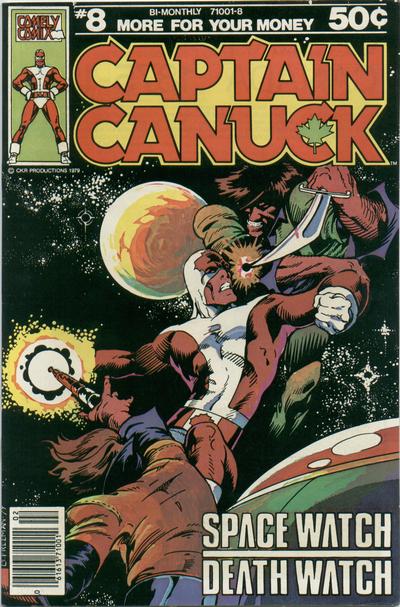 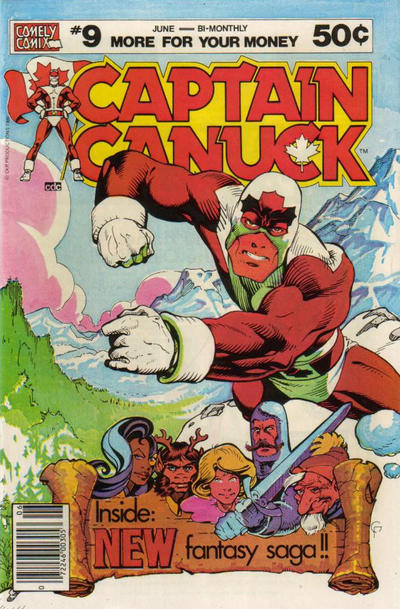 My first issue was nine and it finds Canuck in the middle of a saga which took him into outer space. It had been revealed early on that Canuck got his powers (increased physical strength, speed and agility) from an encounter with denizens of a UFO. The series seems to be finally getting Canuck into the sphere in which he will thrive. 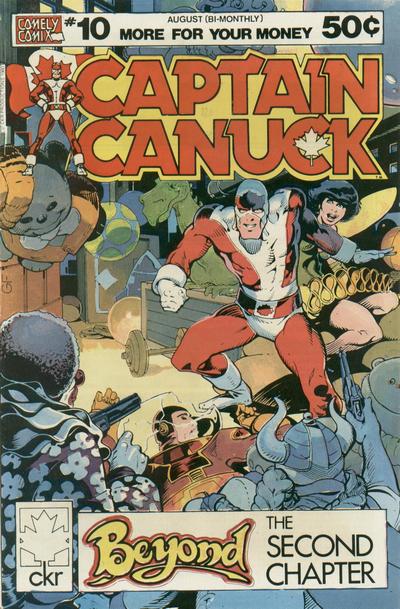 But that doesn't mean intrigue doesn't offer good chances for entertainment. The tenth issue in which Canuck fights off Halloween disguised thugs is a real standout in the series. 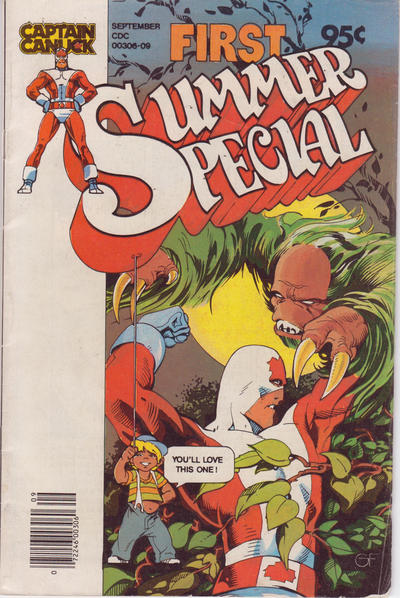 It's around this time that Captain Canuck gets a second title, albeit a one-shot "Summer Special". This one features three new Canuck tales, some featuring new artists and experimental page layouts. The sight of this book convinced me that Captain Canuck had found some footing in the marketplace and was going to be around a while. Alas I wasn't correct. 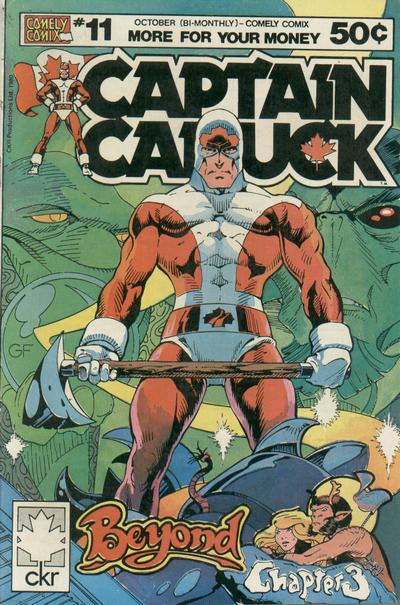 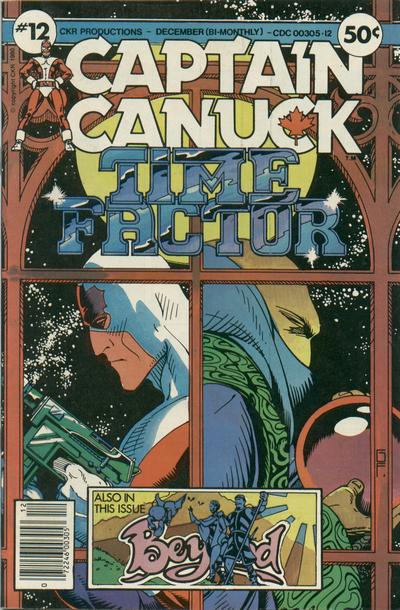 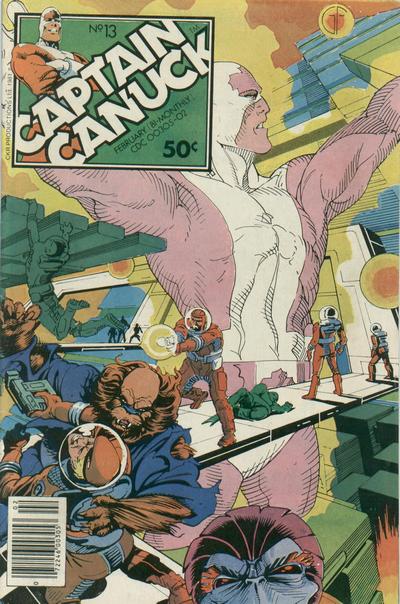 The Captain Canuck story gets a major jolt from the trilogy of tales that run from issue eleven through thirteen in which Canuck leads the forces of C.I.S.O. and the rest of the world against a full on alien invasion. These invaders are in fact the ones who are responsible for Canuck's powers. Comely and Freeman throw some real storytelling curves into these issues with Canuck at one point being transported several centuries back in time to fight among the natives fending off Viking incursions along the Canadian coast. (This is tribute to the work of Hal Foster of Prince Valiant no less.) 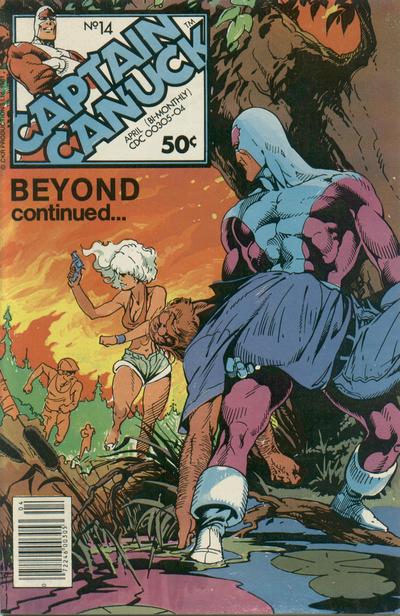 The team takes advantage of the time travel gag to shift the Captain Canuck story from the future to the then current day of the early 1980's. Apparently they felt it might give the character a firmer grounding, but frankly I loved the sci-fi setting myself. Canuck adjusts to his time shift knowing there's little he can do about it. There's also little he can do about the fact that fourteen was the last issue. The series was canceled much to my disappointment. 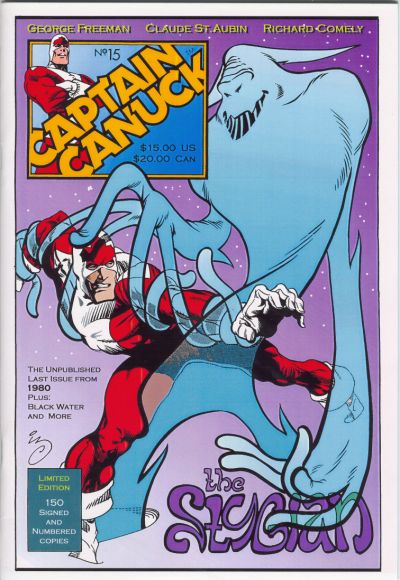 There was one more classic Captain Canuck story produced, but it would be years before it saw print and I am pleased to have finally have gotten a copy of it in the collection from IDW. 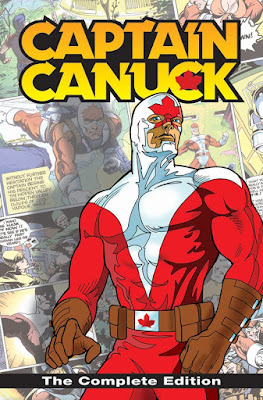