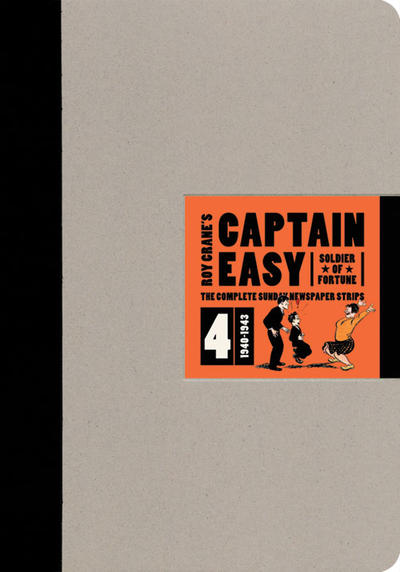 The fourth and final volume of Fantagraphic's Roy Crane's Captain Easy - Soldier of Fortune - The Complete Sunday Newspaper Strips 1940-1943 ain't about Captain Easy as much as it really ought to be. That's not to say that the strips aren't enjoyable, they are, but Easy slips into the background and this time it's not his old buddy Wash Tubbs who takes the spotlight but a character named Lulu Belle, an amazing woman who is no beauty but is strong and able to fight with anyone. She in fact was a strong woman in the circus for many years and though she's had her heart broken a few times by men still seeks love. 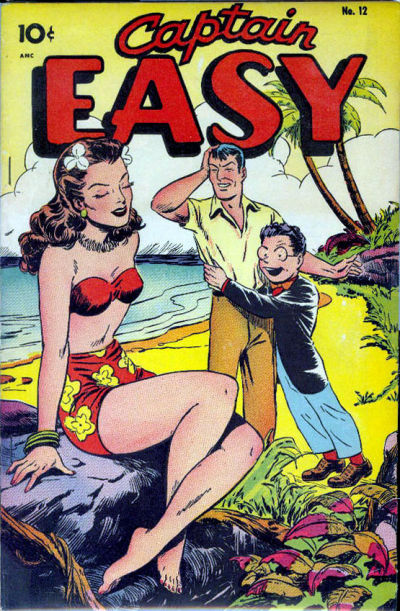 What she seeks with Captain Easy though is adventure and she and Easy and Wash head to Guatemala where they encounter a sexy bandit named Teresa Grande. It's wild as the trio tires to find an ancient treasure while protecting it and themselves from the duplicitous Teresa. Then they find themselves on a boat with two tigers and captain who doesn't know really what the danger is until it's too late. Our trio end up on "Ghost Island" where they find a feral beauty dubbed "Wolf Girl". She doesn't speak, but she full of shapely action as our heroes attempt to tame her and bring her into civilization. They are rescued and Wash heads for home while Easy and Lulu Belle end up accidently working for foreign spies building a secret landing strip. In a battle with Bull Dawson they end that threat and get back to the good old U.S.A. They find quite a few light-hearted adventures at this point with Lulu Belle taking a leading role in the strip. 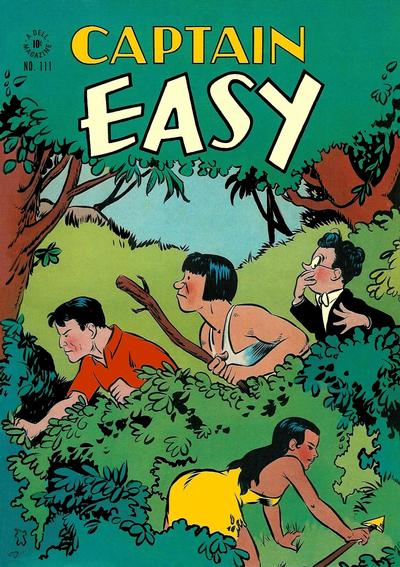 As she looks for companionship and work she ends up with a crazy rich guy who thinks he can make rubber from frogs and later she and Easy help out the Wolf Girl as she tries to fit into society with some difficulty. Easy is employed to protect Horatio Boardman,  a rich idiot from gold diggers and soon enough one named "Baby Doll" shows up. There are more hijinks and even a trouble causing ostrich named Lucille. Augustus Mervin Gasby drops on their doorstep as Lulu Belle and Easy try to run a diner and eats them out of business almost until Easy finds he has some talent and attempts to get him into professional baseball. The duo run afoul of drug smugglers who prove quite dangerous. Then C. Wallis Hollis shows up and he's a swindler and Lulu Belle's ex-husband, who she still pines for. More trouble shows up when a criminal fresh from jail wears a zoot suit and leads a gang of murderers. later Lulu Belle is tricked into kidnapping a woman before Easy saves the day. Lulu Belle ends up in jail but Lonny Plunkett returns in time to use his magic skills to get her in and out of jail on a regular basis. With Plunkett's arrival Captain Easy fades out of his own comic strip not to be seen in it again. Later "Roy Boy" falls in love with Lulu Belle, but that's not good since Roy Boy is a gorilla. Then C. Wallis Hollis returns and Lulu Belle is able to turn the tables on him again to wrap the strip up. 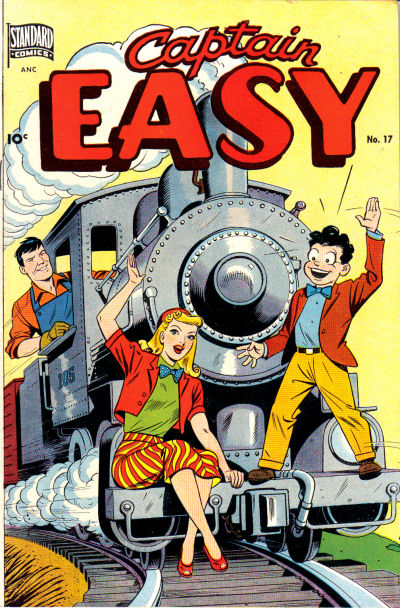 Roy Crane with assistance of Leslie Turner keeps the strip lively and fun despite the profound lack of high adventure in the latter days. It felt more like a screwball comedy than anything truly daring. With the arrival of Lulu Belle the focus shifts to the fairer sex for much of the strips final two years with the Wolf Girl storylines being my favorites. There are more chuckles than gasps, so it's probably good that Captain Easy finally came in for a landing for good, at least as far as Crane was concerned. The next stop for Roy Crane would be Buz Sawyer, but that's for another day.
Rip Off
Posted by Rip Jagger at 1:00 AM