Joe Kubert passed on in 2012. But before he shuffled off this mortal coil he revisited his grand creation Tor one more time only a few years before. This time Tor is reimagined yet again, as he had been in 1993 when Kubert produced Tor stories for Marvel's Epic line. This time the publisher is DC, Kubert's home for most of his long career where he made his name on war titles like Sgt. Rock and Enemy Ace, superhero titles like Hawkman, and even an utterly astonishing run on Tor's inspiration the great Tarzan of the Apes. This new story of Tor is titled "A Prehistoric Odyssey" and it is a familiar yet strangely alien Tor we meet in these pages. 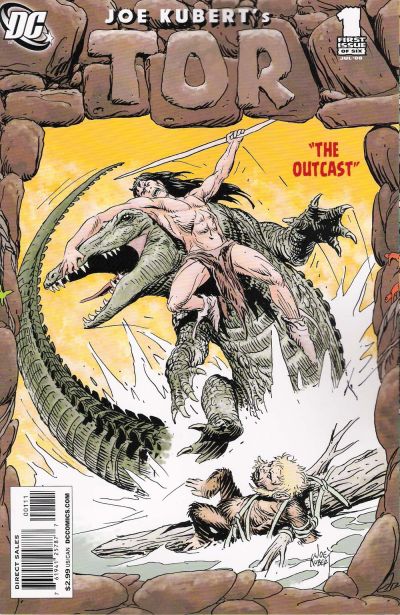 In six powerful installments we meet again Tor, a prehistoric man who is cast out of his tribe because of the dread his imagination. This is a man bewildered by his world but who is seeking to find order and meaning in it as he peers into the blackness of the sky and tries to make sense of the stars. He is beaten by his tribe and in isolation finds his way into a new valley in which he helps a small furry child, apparently victim of a sacrifice. Just as his imagination caused fear in his peers in his tribe, so too does his empathy cause him confusion as it nevertheless moves him to help this small stranger. 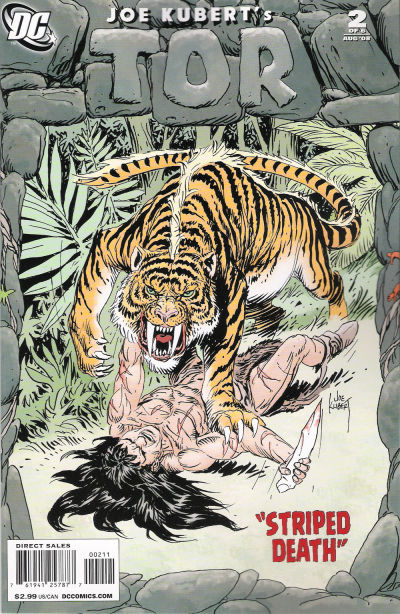 There are many threats in this new territory, not the least of which is a savage sabre-tooth tiger. Tor and his new ally seek to try and survive in this harsh demanding land and for a brief time succeed as they join a tiny tribe of outcasts. 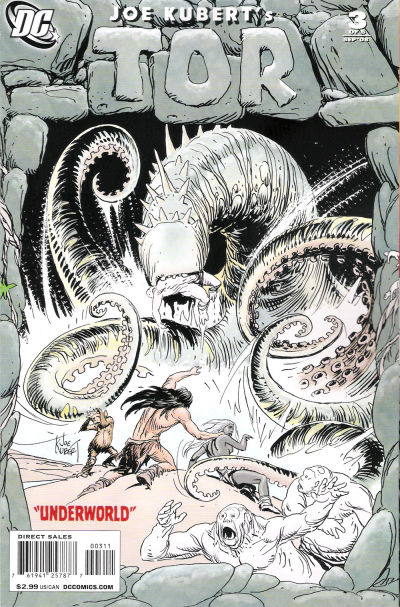 But curiosity causes Tor more trouble when he probes into the darkness of the underworld and finds a weird people and creatures even weirder and greater and exceedingly dangerous. 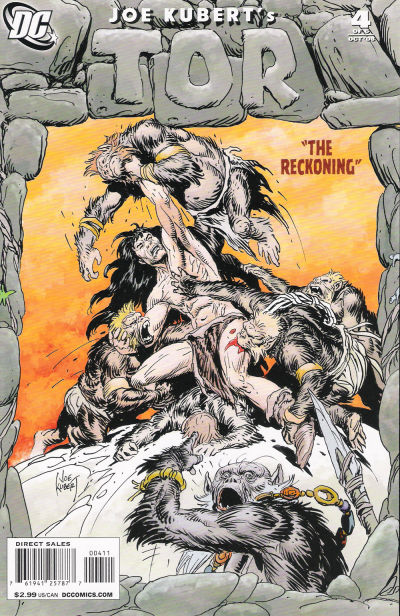 Tor and his tiny tribe battle prejudice and fear and not all of them survive as fearsome powers conspire to make anything different in the world disappear for the peace of mind of the savage crowd. Tor even finds love of a sort with a dusky-skinned woman who seems likewise to care for him. Their romance is interrupted by attacks from hairy men. 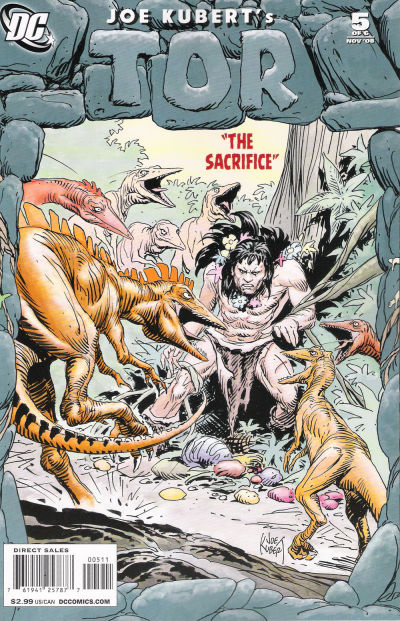 And this "odyssey" of Tor's does what any grand quest story does. It confronts the hero with menaces both strange and familiar. Like Odysseus who confronted the lotus eaters, terrible monsters from the depths, strange malformed giants, and bizarre creatures from the underworld, Tor too battles what comes his way in his relentless trek which takes first away from his home and then back to it. 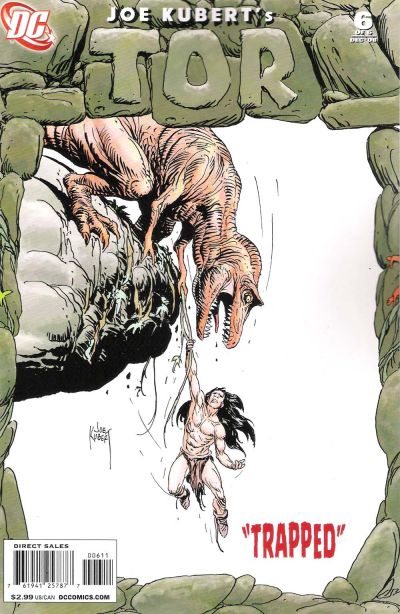 And the dinosaurs are back in this story and that makes me smile as I read this mighty final tale of one million years ago. Joe Kubert was fascinated by Tor and his world and revisited it time and time again, each time bringing to the story the expectations of the day. I'm so very glad that in the end Tor found his way back to a territory filled with majesty of the "Thunder Lizards", as terrible as they were. Kurbert's Tor is a masterpiece, fashioned over time and showing the growth and maturation of its creator in every incarnation, and it's well worth seeking out for anyone who loves a good comic book yarn.