The Secret Origin Of The Galaxy Trio! 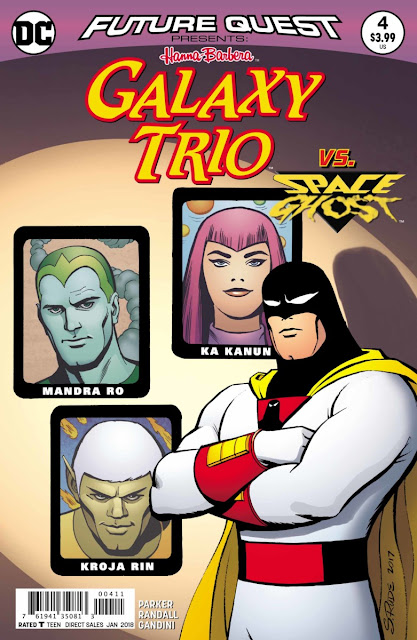 I was quite surprised to see that this one-off issue Future Quest Presents was not included in the upcoming trade paper for this series. It made me immediately go out and pick up the alternate cover to make sure I gathered up all aspects of a rare comic book outing for one of my favorite super teams. The Galaxy Trio appeared alongside Birdman in his Hanna-Barbera cartoon from 1966. 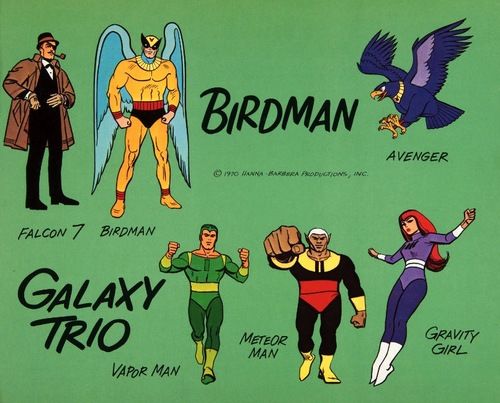 Vapor Man, Gravity Girl and Meteor Man immediately grabbed my attention. For one thing I love super teams, more heroes for the money or time spent and the interactions of the players can be quite fun. That was certainly the case with this trio of space heroes. 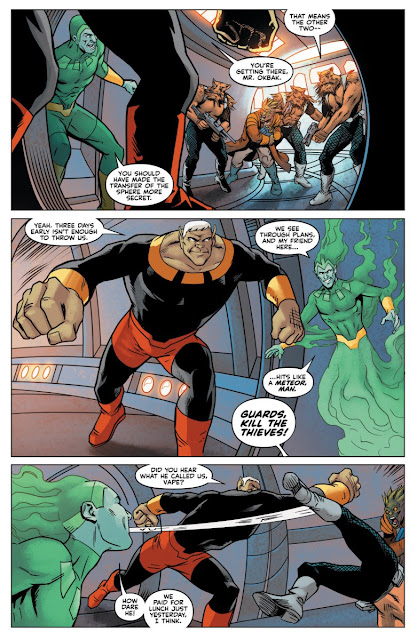 Meteor Man is likely the stand out of the trio, certainly ability to enlarge aspects of his anatomy was visually festive. The fact he was voiced by Lurch himself, the late Ted Cassidy didn't hurt. His pointy ears were a shout out to Spock I always assumed. 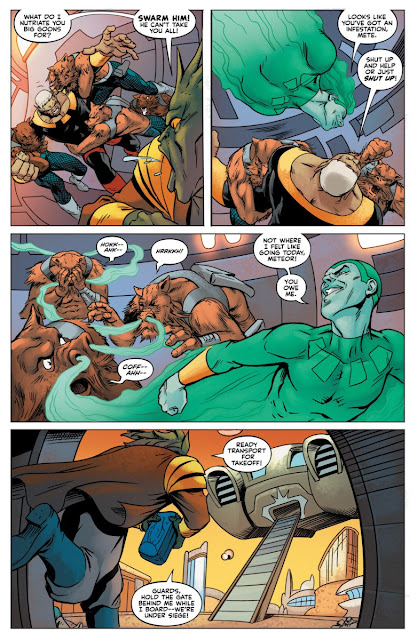 Vapor Man appeared to be the leader, though I suspect that is merely my gender bias showing forth. Certainly his ability to transform his body into a sentient gas is visually compelling. 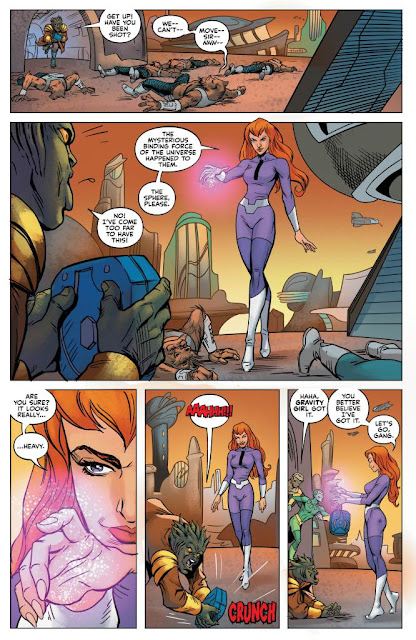 Gravity Girl was like many heroines of the time, fitted with a power which did not require her to physically contact her opponents. Designed by Alex Toth allowed this ginger to fill out her costume with class and style. 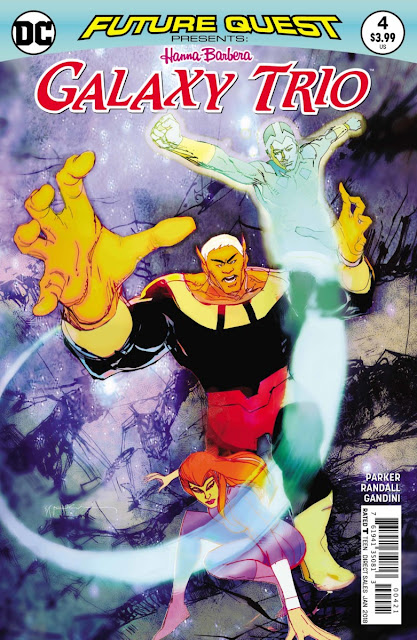 In this one-shot story we learn that the Galaxy Trio were a group of Space Force cadets who wanted to make a big impression and went up against Zorak who captured them and subjected them to experiments which transformed their bodies in bizarre ways. They were pretty bitter and for a time turned to crime, using their unique abilities to earn an illegal living before being confronted by Space Ghost who convinced them that serving their fellow men and women was a better way use their skills. They did that, then fell in the battle against Omnikron. But their actual fate remains undetermined and I doubt we've seen the last of them. 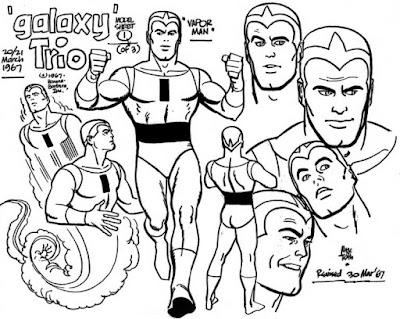 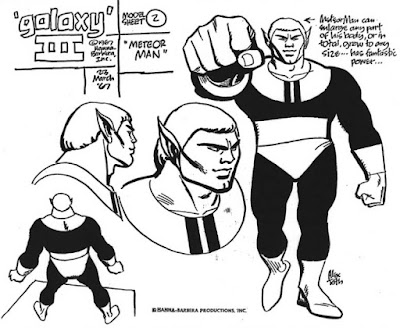 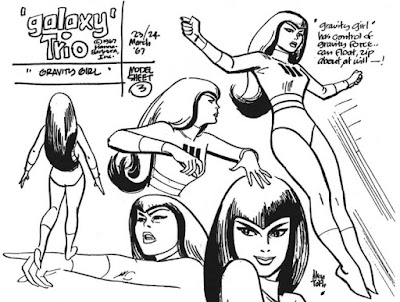