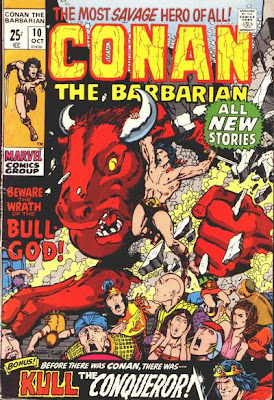 Conan the Barbarian issue ten hit during the very brief period when Marvel increased the price of its comics to twenty-five cents and also increased the page count in all of its regular books. The changes came so swiftly that while some books got extra-long stories and some had to do the increase with a mix of back-up features and reprints. The lead Conan story here is increased by a few pages, but the rest does include a reprint despite the blurb on the cover.

Conan's battle with the Bull-God was dramatically captured by Barry Smith on this cover, but it's neat to see other ideas which were considered for the layout. I like the one below pretty well myself and can see how it would've made a great cover. 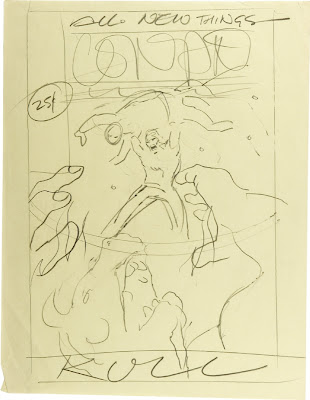 This one seems closer to the ultimate cover choice, the change in direction is apparent. 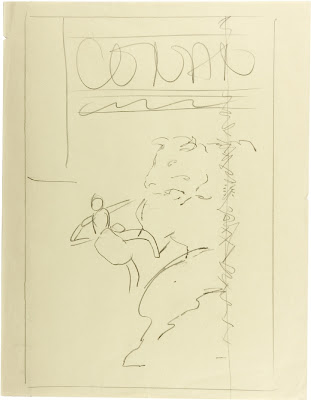 The cover though came together though very effectively, though not Smith's best by any means. The addition of a banner on the bottom to advertise the addition of King Kull does cramp the design a bit, but I personally always liked my comic covers to be busy. It seemed to my mind to add some element of excitement, almost as if there was so much material inside that it couldn't wait to burst through the cover.

The red in the cover also adds a lot of punch to the overall effect. 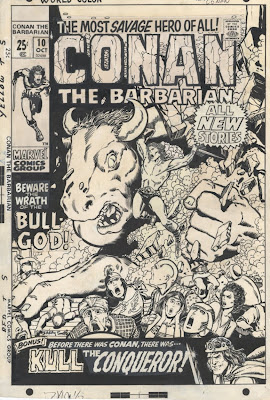 Whatever the case, this cover is a very memorable one in Smith's all too brief tenure on the title which made his career.