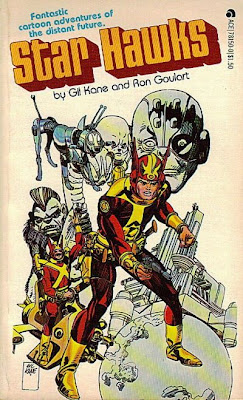 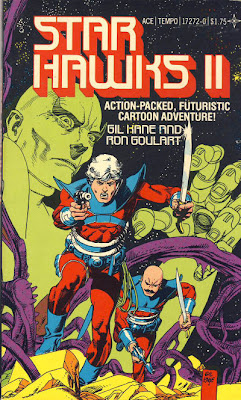 I wish I owned these two ACE beautiful paperbacks. The Gil Kane covers are exquisite. This comic strip by Kane and Ron Goulart has been reprinted a lot of times, most recently by Hermes Press. But these paperbacks are the prettiest package I've seen.

The strip was also reprinted by Blackthorne (four issues) and Avalon (eight issues). I own some of the Avalon/ACG comics, though they are pretty primitive. 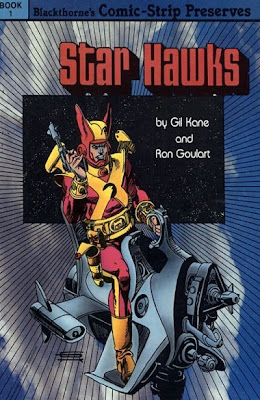 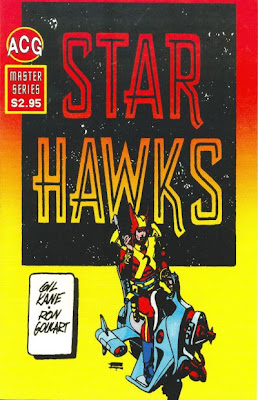 As it turns out there were also two Star Hawks novels from Playboy Press, both written by Ron Goulart and illustrated by Gil Kane, though Kane doesn't appear to have done the artwork for the cover of the second one. 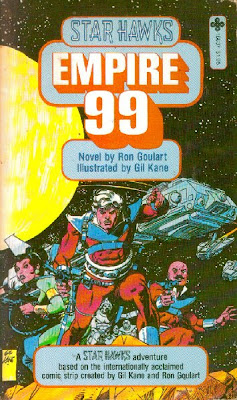 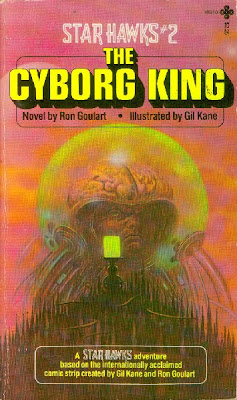 Here just for the heck of it, is some lush Kane artwork. 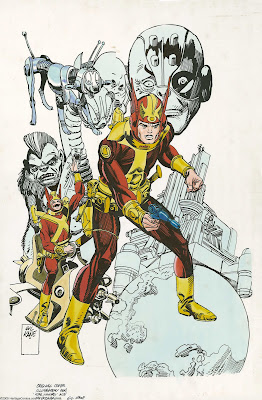 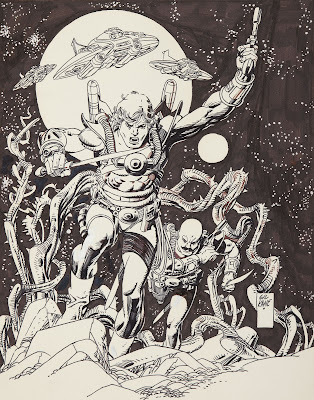 UPDATE: Thanks to BookSteve, I now am the proud owner of these outstanding paperbacks. They are lovely.