The Daredevil In Yellow! 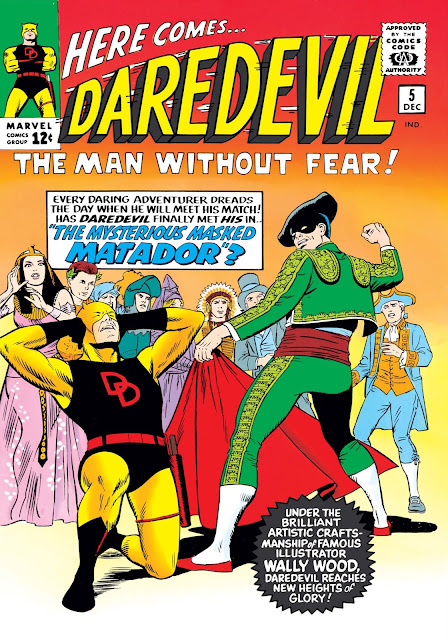 Daredevil was the comic without fear. Marvel was on a dandy run, creating new heroes every month and growing in response to fan demand. Stan Lee had found a formula for success which leaned heavily on artists Jack Kirby and Steve Ditko for the hits which changed the face of comics and made the Silver Age profoundly different and profoundly modern. 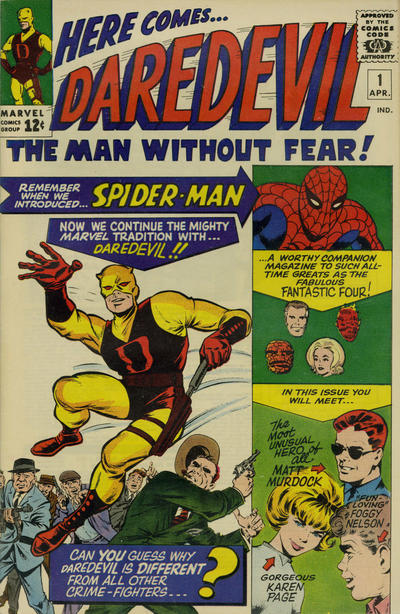 Taking the approach which had worked on Fantastic Four and Spider-Man, Lee turned to Bill Everett, the Golden Age creator of the Sub-Mariner. That lasted exactly one issue. Everett was a master in his time but his Daredevil look positively antique, well-crafted but of a different era. 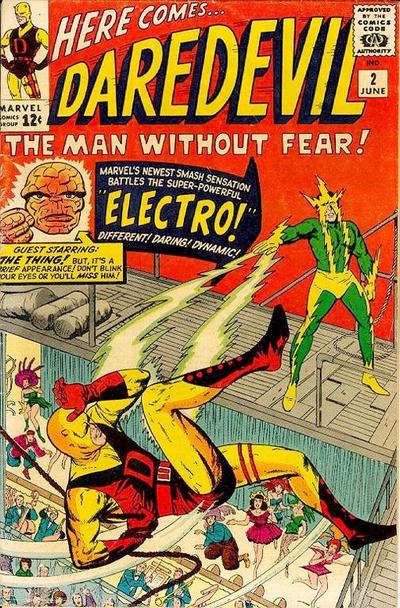 Lee turned to EC veteran Joe Orlando to take up the slack and inked by Vince Colletta the comics looked more like what Marvel was doing elsewhere. 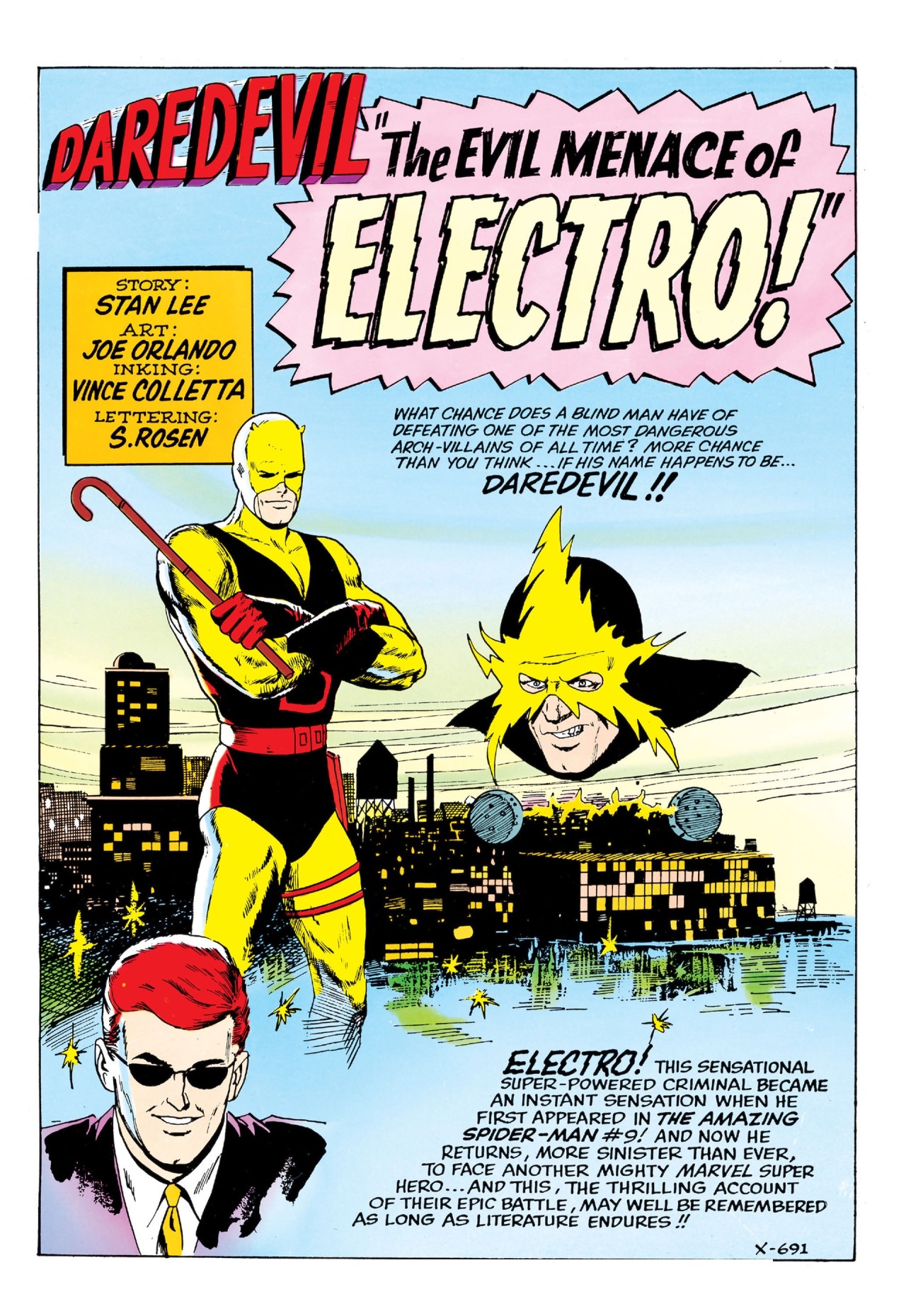 Despite battling the borrowed Spidey villain Electro and running up against new foes like The Owl and The Purple Man, Daredevil seemed to be a comic which was sputtering. 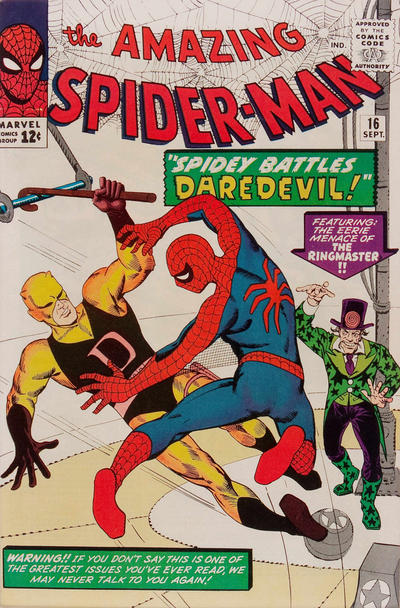 Even the soon-to-be-obligatory crossover with Spider-Man himself under the penciling hand of Steve Ditko himself only showed what might be missing from the Daredevil comic itself. The stories were good, but felt like stories which might've been produced a decade before. 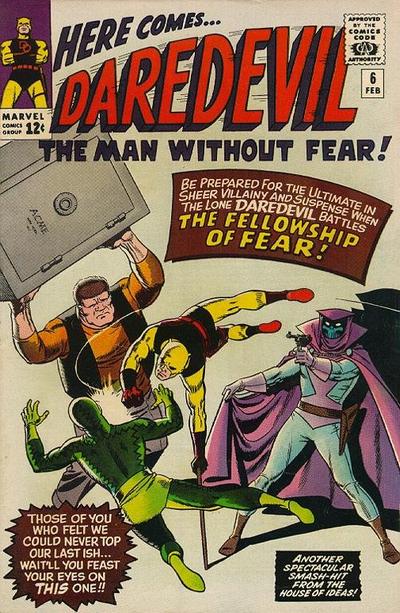 And then Joe Orlando's old partner Wally Wood took the helm of the book and brought a true-blue big name feel to a book which in truth had been put together by many qualified veterans. Wood brought something which had been missing despite all the good intentions -- excitement. Admittedly the Matador was an opponent inspired by Daredevil's little horns, but he did look good. Mr. Fear and his partners the Ox and the Eel were a blend of old and new but looked fresh nonetheless. 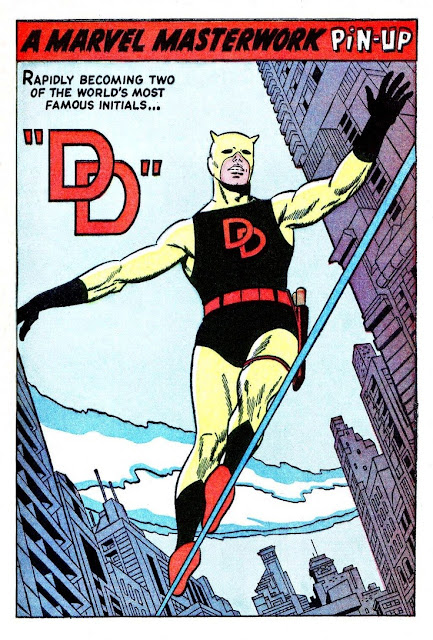 But most importantly Wally Wood identified the problem with Daredevil pretty quickly -- the costume. The yellow and black and red fighting togs which DD had put together were right out of the Golden Age of comics, something you'd see someone on the Justice Society of America wear maybe. Quickly  Wood added a bit of dash with another "D" to the chest symbol. Now Daredevil was "DD" formally for all the world to see. But Wally Wood wasn't done yet. More later today when a second helping of DD is served.
Note: This post originally appeared at Rip Jagger's Other Dojo. I will be transferring some of those posts over here as the month goes on.
Rip Off
Posted by Rip Jagger at 12:00 AM