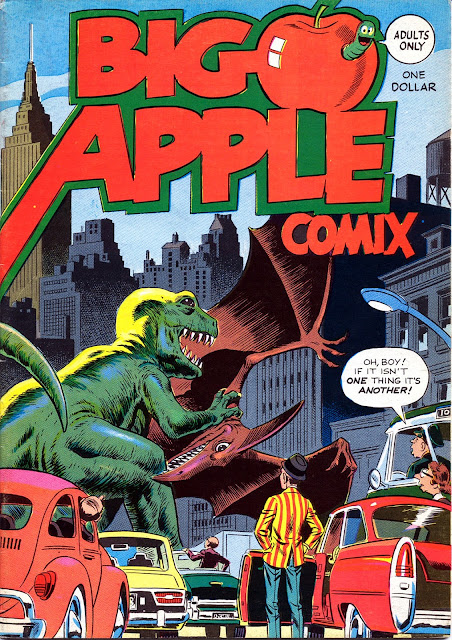 Big Apple Comix #1 and only was the brainchild of Flo Steinberg, the longtime staffer at Marvel Comics in its heyday. It's a ground-level comic book sporting a dynamic Wally Wood cover, with work by a number of folks including Herb Trimpe, Mike Ploog, Neal Adams, Marie Severin, Alan Weiss, and others. Wood contributed greatly not least of which was his revisiting the EC classic story "My World" from Weird Science #22 (see yesterday's post) and offered up this raunchier updated sardonic variation dubbed merely "My Word". 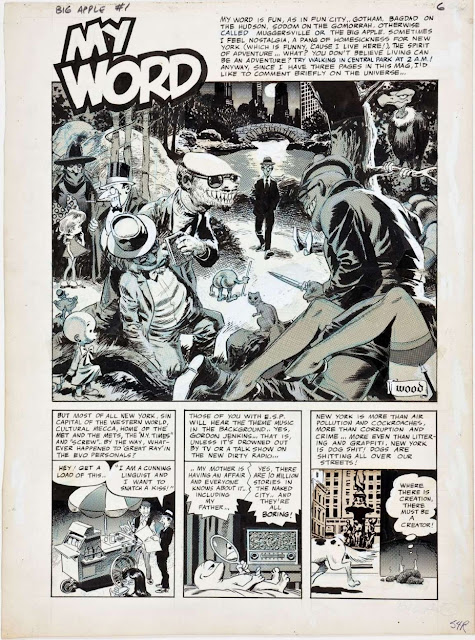 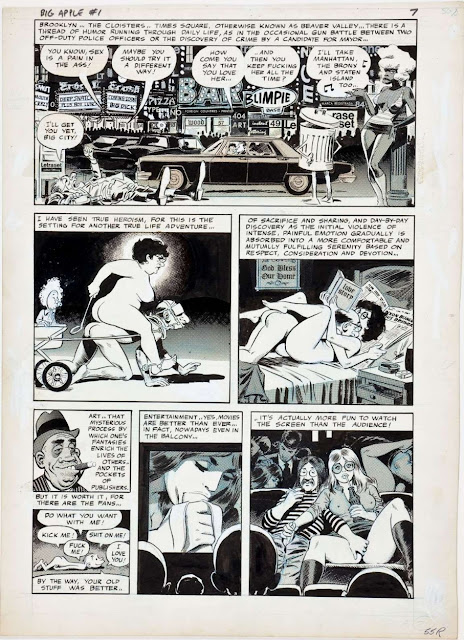 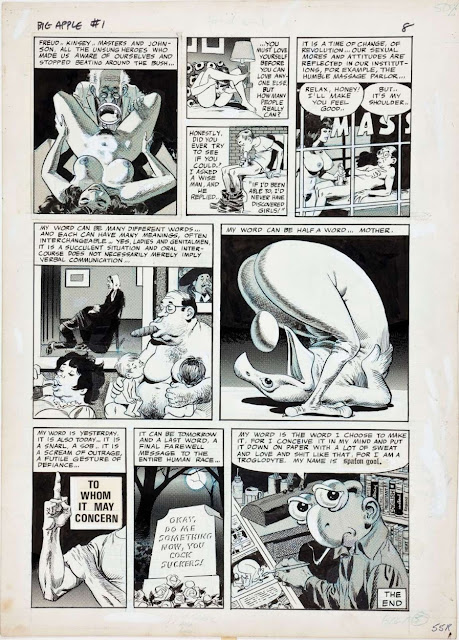 It's a far different world envisioned here, the implacable optimism of mankind's eventual conquest of the universe replaced by the humbled desire to get through day-to-day modern life.  "My World" looked outward towards possibilities while "My Word" looks inward at limitations. 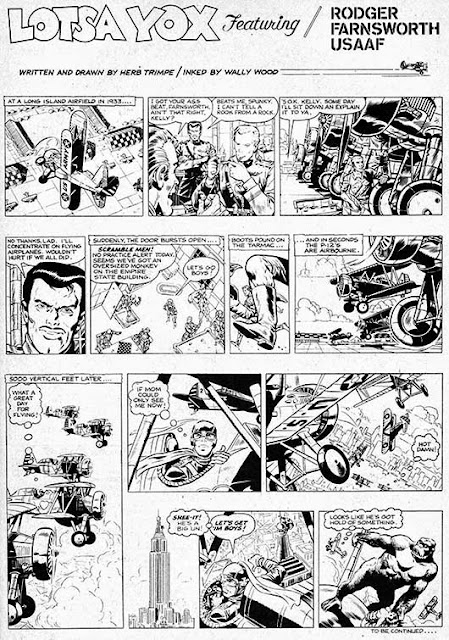 In addition to the cover and the three page reflection Wally Wood also inked a piece in the little comic anthology. "Lots Yox" was drawn by Herb Trimpe and featured some particularly crafted biplanes taking on a rather familiar  target. There's a second page to this story which reveals that all is not as it seems. It's a good reason to scout up a copy of Big Apple #1 if you can. 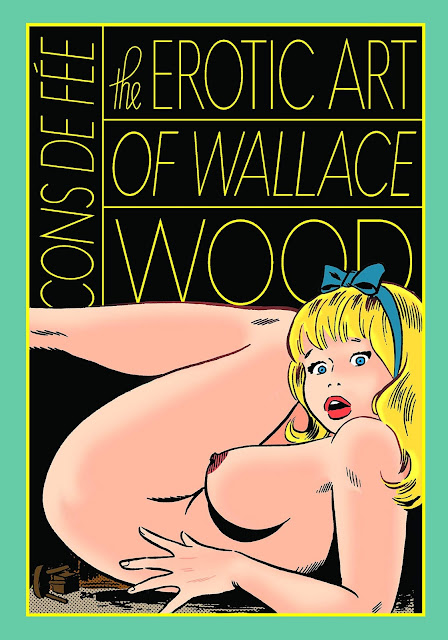