Movie Knights - Knights Of The Round Table! 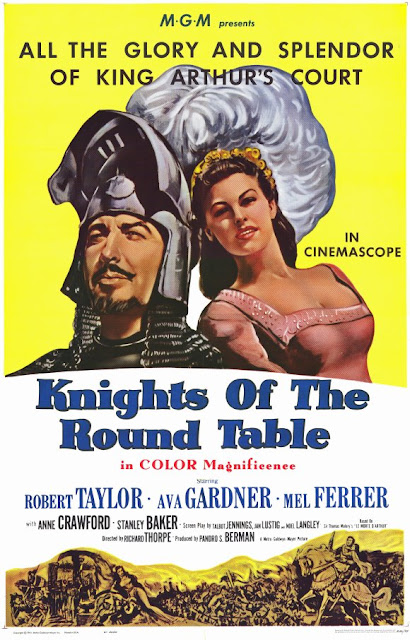 Knights of the Round Table from 1952 is exactly the kind of halting hulk of a movie I rather anticipated. I've gone a very long time in life without seeing what must seem a classic flick, but frankly I've never much cared for the acting of Robert Taylor who while a strikingly handsome man always seems a lunk to me in front of a camera. And in this movie he's an aged lunk to boot. 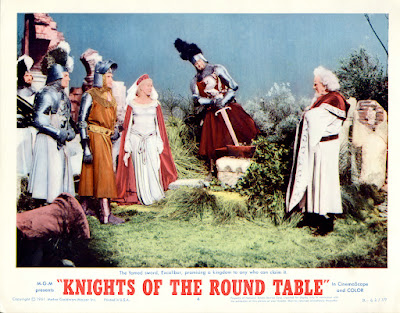 This is a stolid adaptation of Malory's venerable Le Morte D'Arthur and does a credible job of hitting most of the anticipated sequences, save where it seems it felt a compulsion to keep Lancelot front and center at all times, even when the story left him behind, as much of it does. The simple fact that Taylor plays Lancelot explains it all and the American actor with an accent that lands on the ear like sharp bramble occupies too much of a story which ought really to be about a larger cast. But Hollywood will out and the core romance of Lancelot and Guinevere (played by the lovely Ava Gardner who seems equally off target in her acting choices) is the story they must tell. That said this is a rather passionless outing with the creators feeling a need to keep all the "good" characters exceedingly good and making the "bad" characters exceedingly bad. 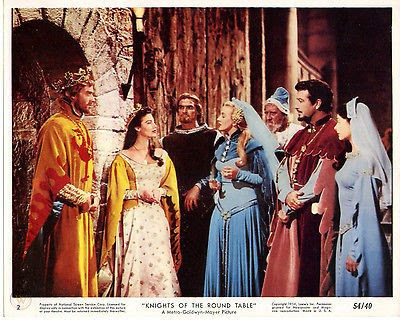 Among the bad guys is Modred, the lover and not son of the scheming Morgan Le Fey. Stanley Baker and Anne Crawford do pretty good jobs as the villains of the piece and are more compelling than the heroes, a sure sign the narrative is falling down into contrivance. We do get a blockbuster battle scene when Arthur must fight Modred to win the kingship, but the final battle between Modred's forces and Arthur's is remarkably unremarkable, a major failing of the story. Here the need to make Lancelot the center of the action robs Arthur (and the man who played him rather typically, Mel Ferrer) no opportunity to die in a manner suituable for a mythic king. Instead Lancelot steps into the role with little regard to the theme. 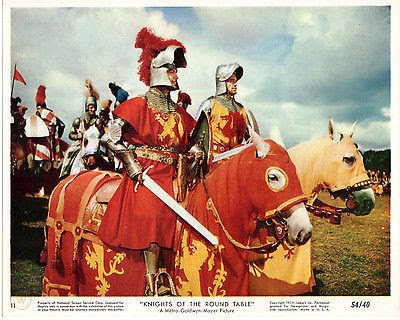 The sad truth is that Taylor seems too young (and too American) for the role in the beginning, though he's about right by the end. Other standout performances in this one are Felix Alymer as Merlin and Niall McGinnis as "The Green Knight".  Most of the others, whether a Brit or otherwise feel wooden to me most of the time. This is a bloodless movie done in standard Hollywood stock style and that alas robs this movie of its chance to quicken the myths with a lively interpretation.
Rip Off
Posted by Rip Jagger at 1:00 AM