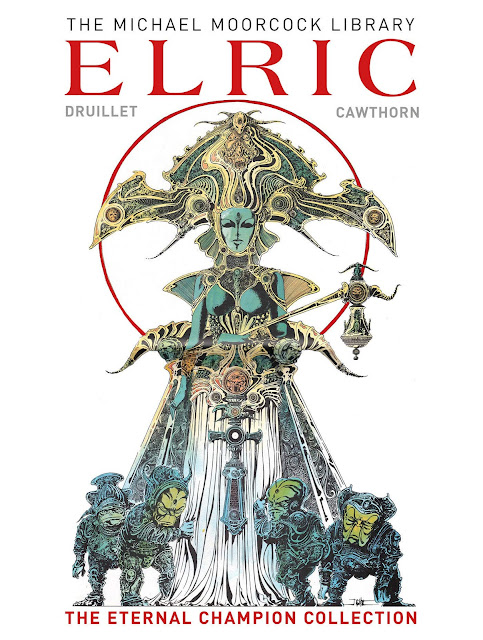 I imagine the very first time I ever heard of Jim Cawthorn was when he and Michael Moorcock supplied a plot for a few issues of Conan the Barbarian which co-starred Elric of Melnibone. (More on that collaboration tommorow.) That was my first taste of Elric too, so it's likely that was my first exposure to any of the work of Moorcock in any respect. Years later I'd gather up all the Moorcock I could find whether it was Elric, Hawkmoon, or even Jerry Cornelius, and I read all of it. But Cawthorn remained something of an enigma until I was able to read about his early contributions to Elric and other Moorcock concepts. When I saw this Titan tome reprinting work by Cawthorn featuring Elric I picked it up immediately. 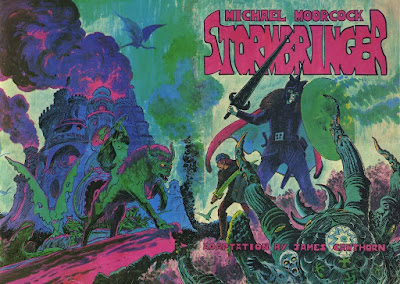 It didn't hurt that the book also features early work by Phillipe Drulliet, a name I first chanced upon in the wild and weird pages of Heavy Metal. I don't claim to have fully understood Drulliet's work but there's no denying his imagery on things like his Lone Sloane is compelling and a perfect fit for the decadent world of Melnibone. And it's this earliest raw stuff which pokes the eyeballs best in my opinion. 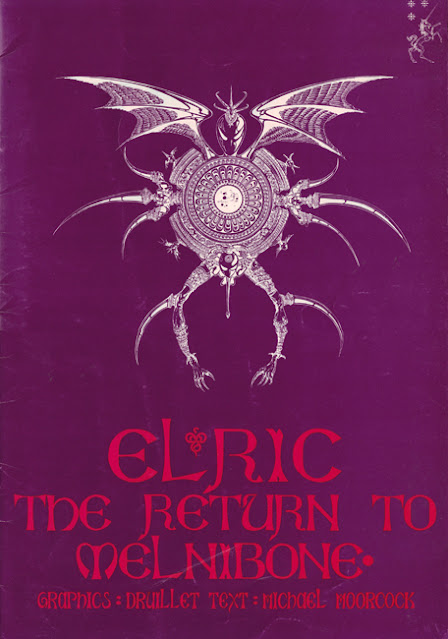 Melnibone differs from Robert E. Howard's Hyborian Age in that the former is defined by its excess and malignance. That a person like Elric could be considered a hero tells more about the decay and depravity of the time and place. 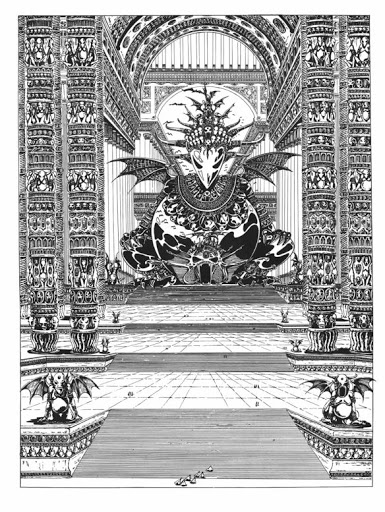 And Drulliet captures that excess and vile opulence better than any artist I've ever encountered. His vistas of statues too large for actual human comprehension suggest a world dedicated not to humanity but to other forces beyond the scope and even ken of humanity. 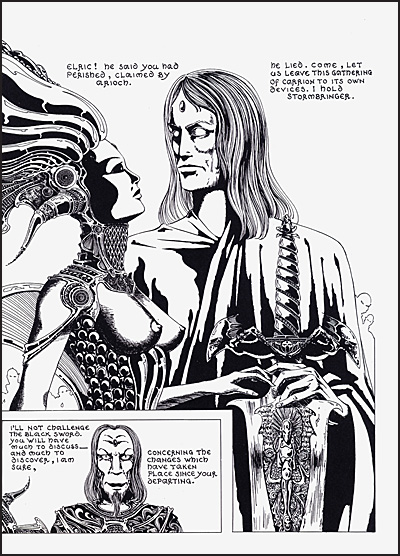 I often find Elric stories bewildering in their baroque use of names and likewise Drulliet's artwork is at once compelling and confusing. He makes drawings that make you feel like you are experiencing Melnibone. 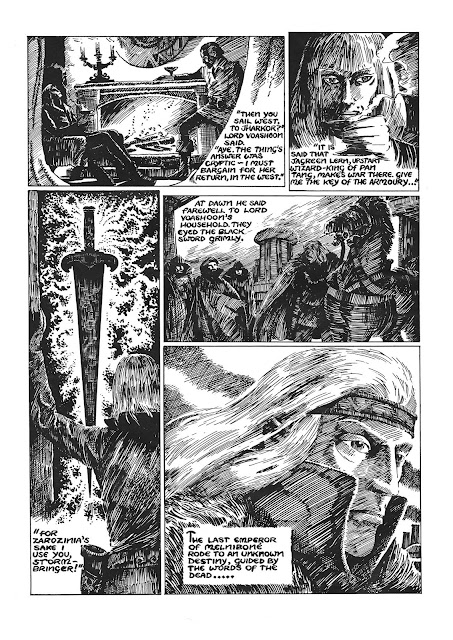 Cawthorn on the other hand gives up a world which does offer a greater degree of immediate apprehension. While the story of Stormbringer is a complex and detailed outing and at times I lose my place in Cawthorn's storytelling, I never lose interest in his images, even though some of those images are rough hewn at best. 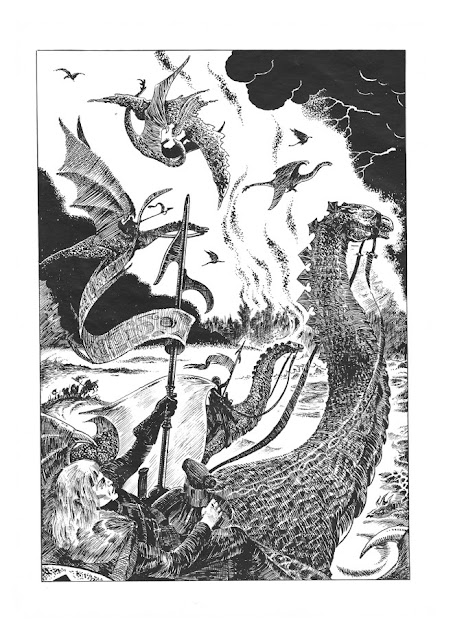 Drulliet's line is sinuous and serpentine while Cawthorn's resembles a network of slashes and cuts, as if they were not ink but rather cuts in a piece of wood. Given this rustic appearance it's fascinating at the depth of field he can sometimes create in the stronger imagery.
These are not perfect works by any means, as they reflect talents capable but still growing and developing, but they are works which capture the imagination and that's the strongest aspect of any of Moorcock's writing.
Rip Off
Posted by Rip Jagger at 1:00 AM