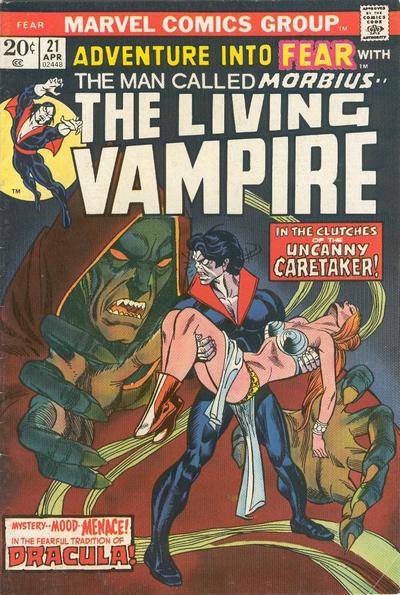 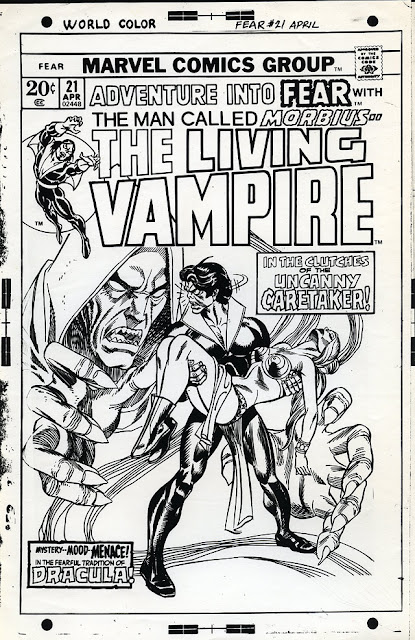 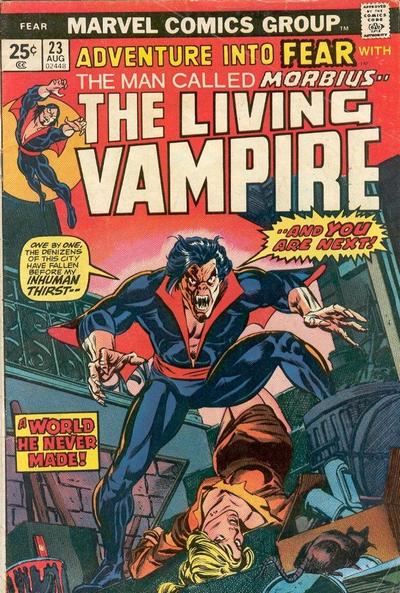 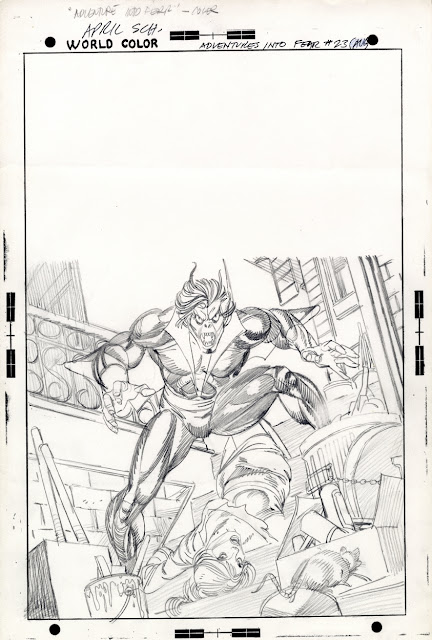 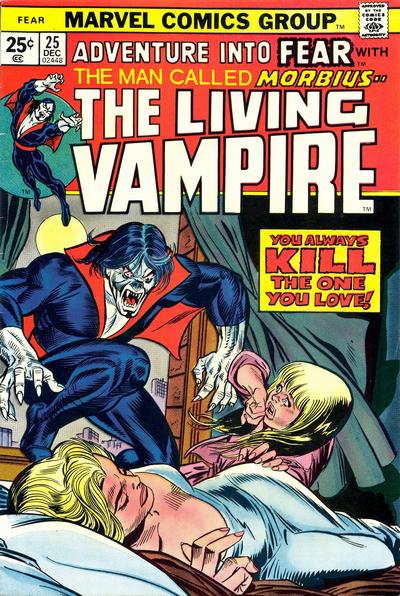 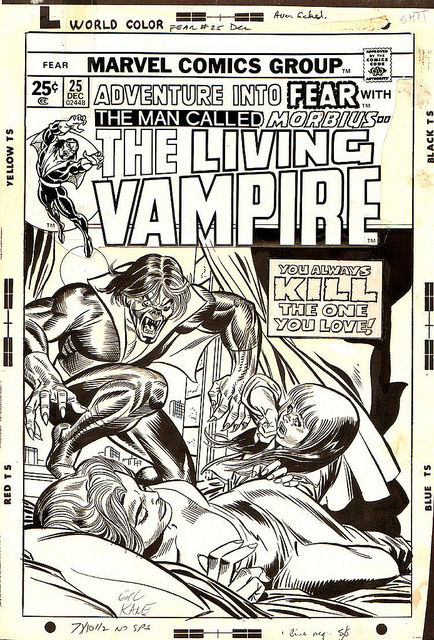 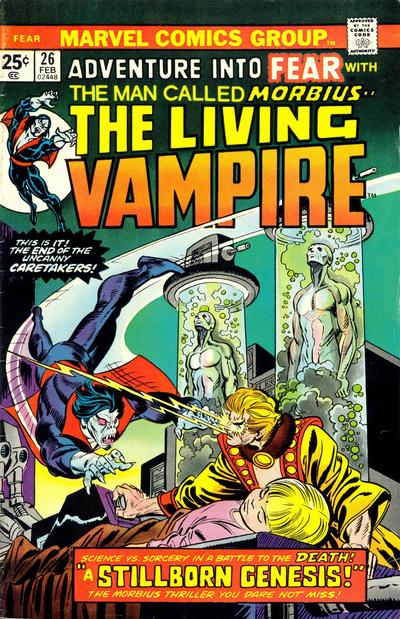 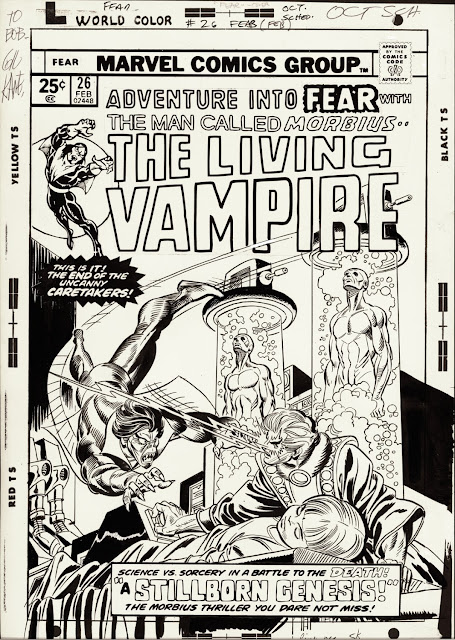 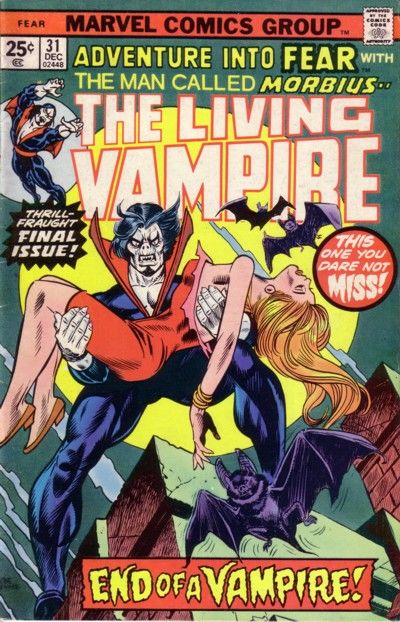 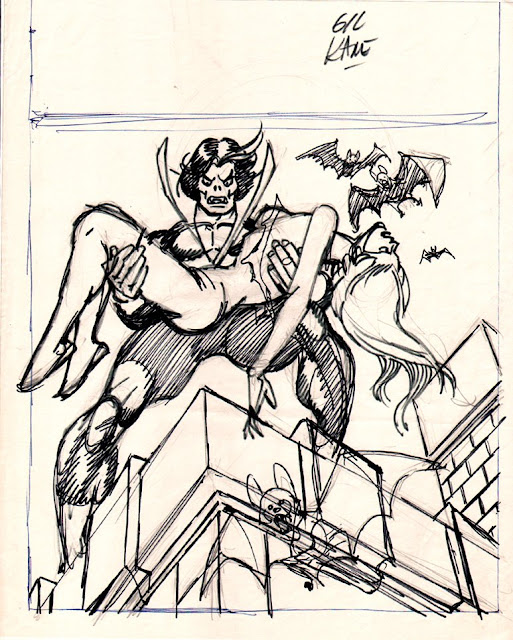 Morbius, The Living Vampire made quite the splash when he debuted in The Amazing Spider-Man. Before the success of later comics such as Tomb of Dracula and Werewolf by Night, it made some sense to try and infuse moster madness into the mainstream Marvel Universe. One way to do that was to create a character who straddled the classic worlds of the classic monsters and the world of superheroes. Morbius does just that, a  vampire with a pseudo-scientific origin, he was able to take his place in Spidey's rogues gallery alongside the likes of Doc Octopus, Mysterio and The Vulture.

But Morbius didn't stay a simple villain long, becoming more of a blood-sucking anti-hero he was given his own series in Fear after Man-Thing shambled off to his own comic magazine. During his relatively brief run, Morbius battled beings more dangerous than himself.

Most of the covers were done by Gil "Sugar Lips" Kane and here is a gallery of some of his best alongside the artwork in various stages. The covers on the run are mostly inked by stalwart Bullpen man Frank Giacoia, but both Tom Palmer and Dan Adkins also added their brushes to Kane's work on these. Kane created the original look of Morbius and he drew him better than anyone.