Red Queen Of The Deep! 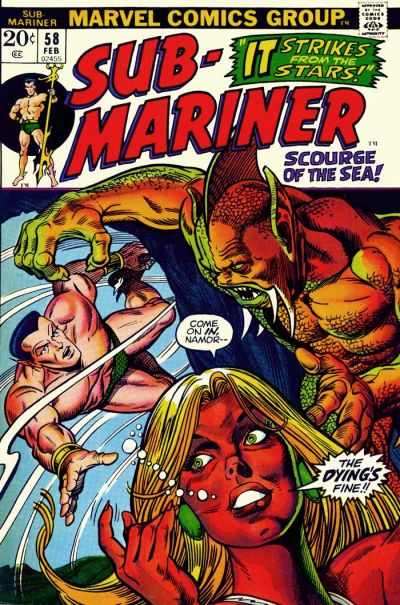 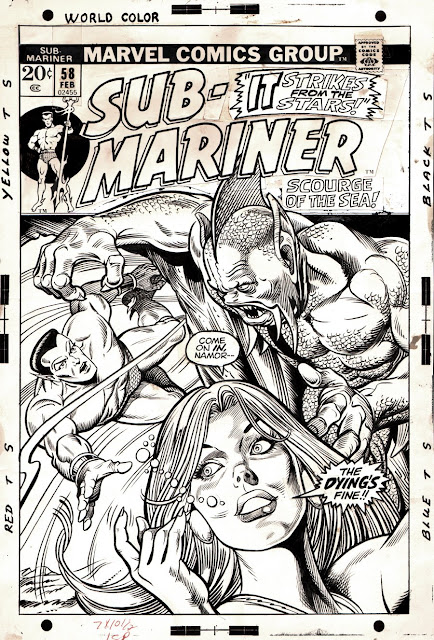 Toward the end of his Bronze Age finale on his Golden Age creation the Sub-Mariner, Bill Everett was often working in tandem with other talents. The burst of energetic creation which turned the series on its pointed ear was nearing its end when this cover was created by Gil Kane with inks by the late great Everett.

This story features the debut of Tamara, the survivor of a race of aquatic aliens called the Banari. She seeks revenge in this issue on Namor who she blames for the destruction of her husband, the leader of the Banari who came to Earth to find safety of the watery confines they discovered there but were met with violence by the Atlanteans.

But she soon enough has a change of heart and becomes instead a regular in the series, and a love interest for the Prince of the Deep. Tamara was a distinctive looking and strong-willed female character, something the Sub-Mariner book thrived on in this era. Her bright red skin and golden hair made sure she didn't fade into the background of any comic she appeared in, even a book in which there were characters of all different hues.

In the artwork above, you can almost see that Everett has almost completely redrawn the Sub-Mariner figure, so what we get is a rare combination of two great talents creating a striking and memorable cover. I'd love to see the original Kane pencils to see what differences Everett made, or if in fact Kane left the Subby figure up to Everett to fit in even.