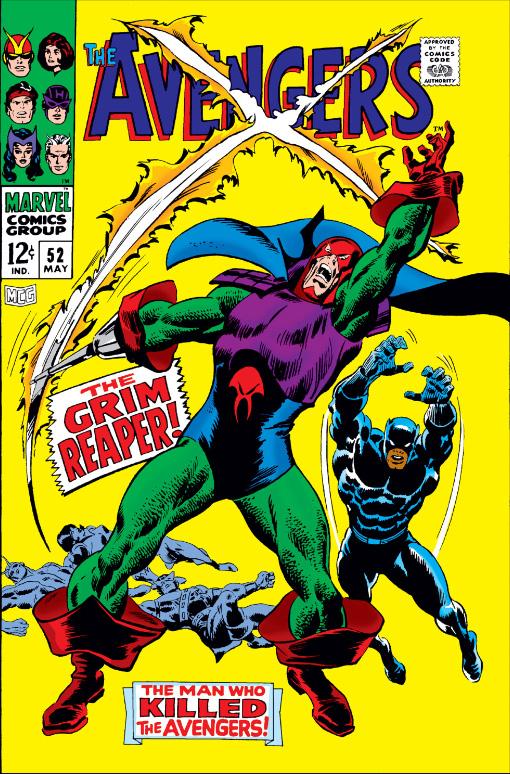 While I had picked up an earlier issue showcasing the Assemblers battling the Sub-Mariner, and I had read the awesome first King-Size Special Avengers Annual, it was this issue featuring for the first time the malignant menace of the Grim Reaper which marks my beginning as a true Avengers fan. It was the first of hundreds of issues, and forty years of steady and reliable readership on my part of the great team. I've been away from the Avengers and new comics in general now for five years and part of me does still miss the anticipation from time to time. Sadly I know that almost all the time, my eagerness to read the latest installment will be replaced by regret as the new stuff simply doesn't measure up in terms of bang for the entertainment buck.

But I point to this comic for another reason. There's been tons of palaver over the past decades about how comics fans require "jumping on" points in comics. I reject that notion, if only to point out that the comic above seduced me into becoming a Marvel fan and it was hardly reader friendly in the traditional sense. The Grim Reaper is a villain whose origin is embedded in Avengers lore, not history I was privy to at the time, and the Black Panther who shows up to become a member was leaping out of the pages of Tales of Suspense, not a comic I was following by any means. The Assemblers numbered three, none of whom played much of a role in the comic at hand. Regardless of these non-traditional elements there remained a magic in this comic which infected my imagination. It worked. 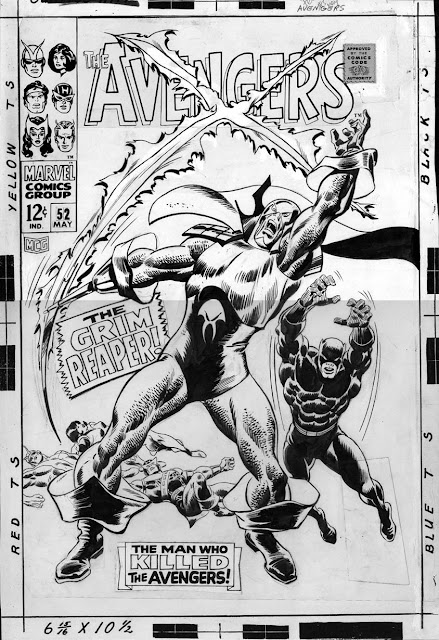 Here's a glimpse at John Buscema's muscular artwork for this dynamic cover. Note the patch on the Panther's leg. I suspect Buscema's first try was too loose. The Grim Reaper is a dramatic figure, despite the awful color scheme they saddled him with in the debut. 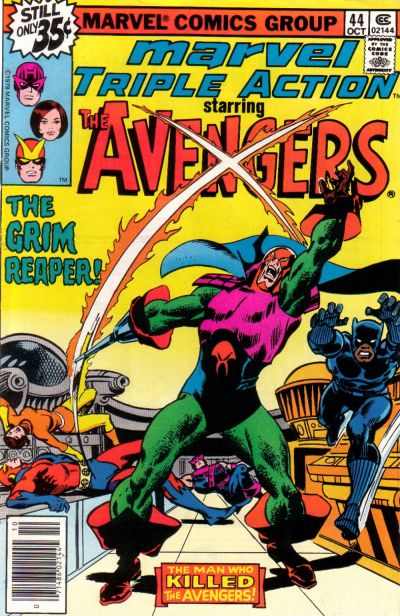 And here's a look at the cover art adapted in 1978 for a reprint. The changes were apparently made by Dave Cockrum. Alas not nearly as in your face and not nearly as effective.

As can be seen by the cover gallery below, when he returned to menace the Assemblers, he wore a more somber outfit, more in keeping with his codename, but I have to confess considerably less flamboyant. 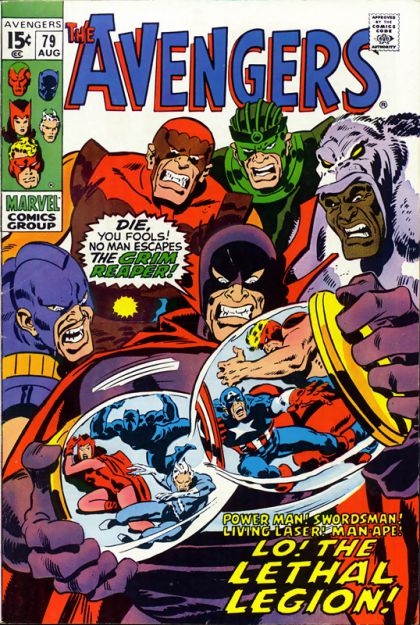 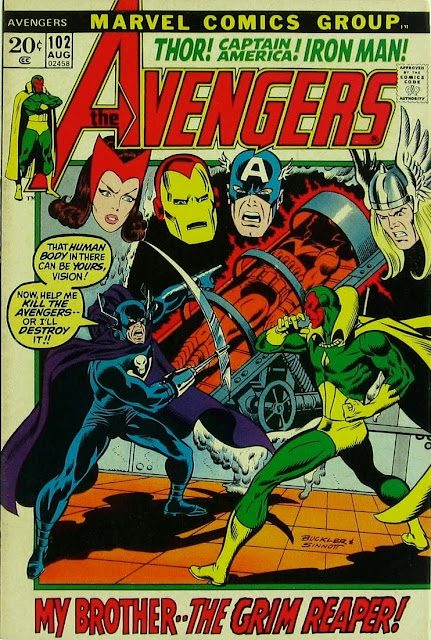 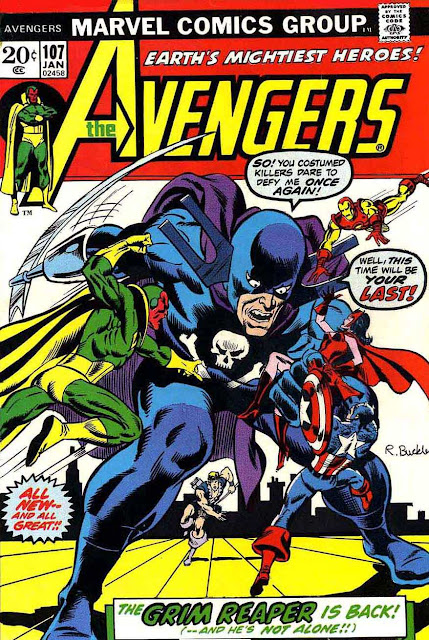 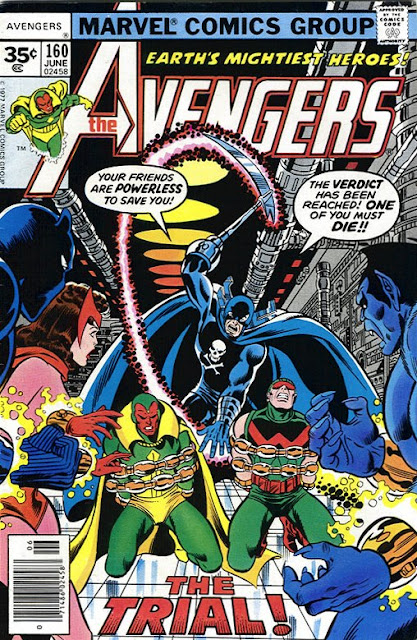