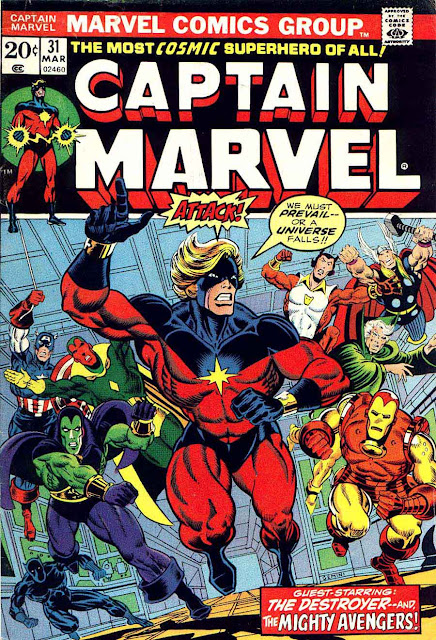 There's no denying the sheer excitement that Jim Starlin brought to the moribund Captain Marvel comic book. As much as I personally adore the original Kree Captain, it's clear that cancellation which had come so many times before was inevitable had not Starlin injected the series with his then still-new style of cosmic wonder.  He changed Mar-Vell into another kind of hero entirely, but it turns out it was a hero who was still compelling to read. 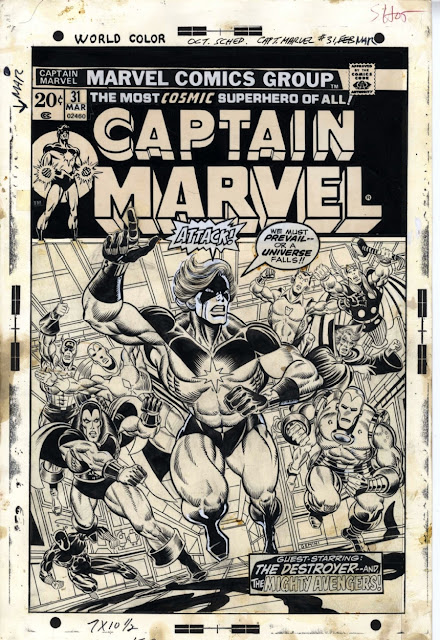 That said, like many visionaries, Starlin did not seem to have a firm grip on all the details of production, at least not in the opinion of his editorial masters. Here we see the artwork for the downright exciting cover for Captain Marve #31 by Starlin and embellished by his most agile inker Al Milgrom. A close look shows that Mar-Vell's noggin seems a bit different than we might expect from the Starlin of that time. There are signs that stalwart Bullpen ace John Romita has been at work touching up Starlin's figure, making the good Kree Captain a bit more traditionally handsome in the classic Romita mode. The GCD confirms this alteration, though I must confess it is blended in exceedingly neatly. 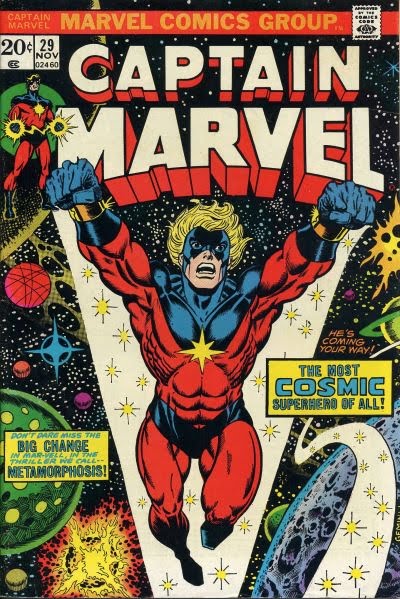 It would not be the first time Romita did that. It's much more obvious on this earlier issue of Captain Marvel from Starlin illustrious run. 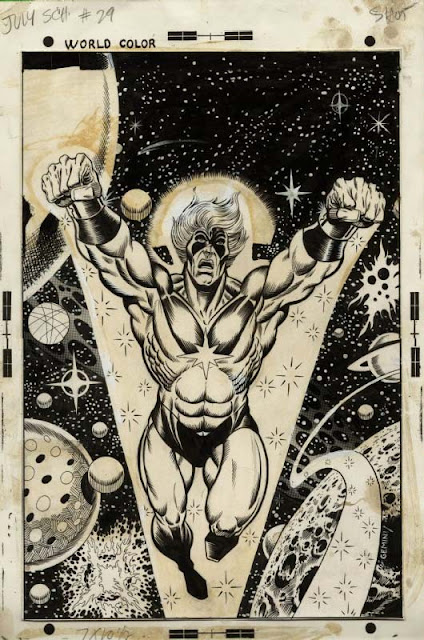 Compared with this original artwork, in which the refined head is missing, the changes are all too evident. It's always fascinating to me, that for all the often much deserved attention we laud on particular grand talents in comics, that the medium is very much a collaborative effort.