Sundown For A Superhero! 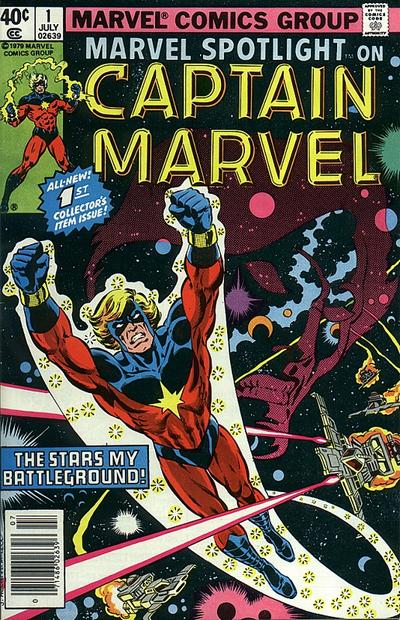 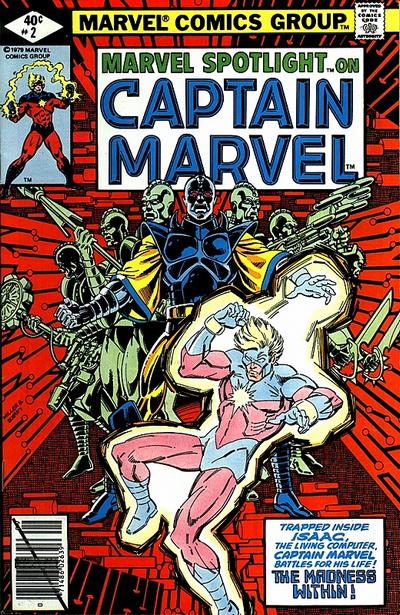 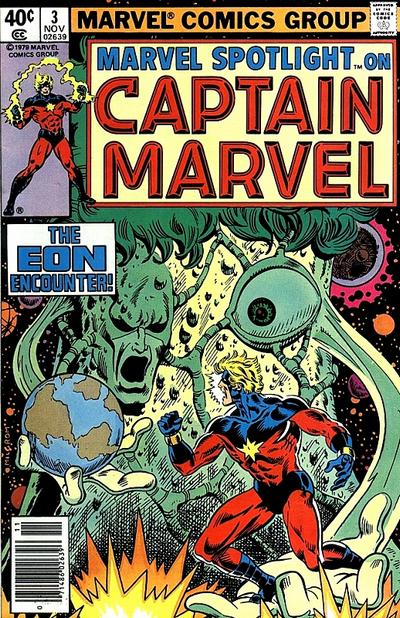 When Captain Marvel was cancelled for the third time in 1979 the stories already written and drawn for the series showed up a few months later in the pages of a revived Marvel Spotlight. The first three issues of the new title were produced by Doug Moench and Pat Broderick and closed out the good Captain's struggles against sundry cosmic menaces. 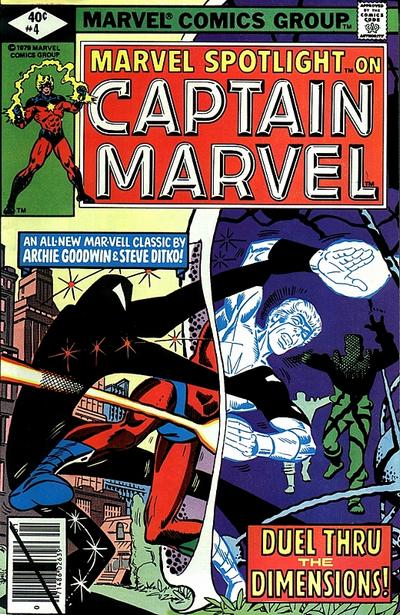 The fourth issue produced drawn by the enigmatic Steve Ditko and scripted by the late great Archie Goodwin is a real charmer, but it was clearly a file story which had been set aside to forestall the "Dreaded Deadline Doom" which afflicted so many Marvel series during the era. It's neat to think that Ditko put his creative hand to the character who was in point of fact inspired to no small degree by his own creation, Charlton's Captain Atom. Read "Shadow Doom" here. 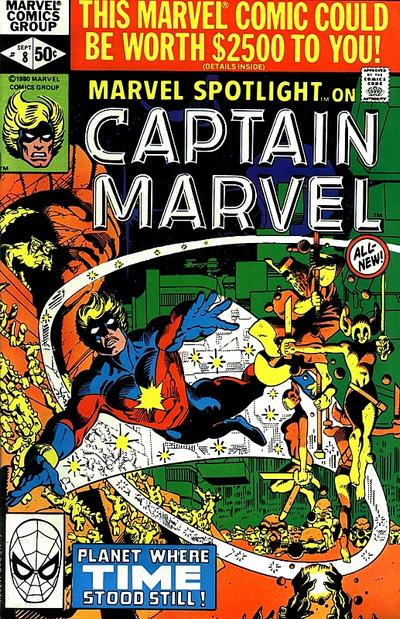 Marvel Spotlight then went on to feature other characters such as Star-Lord, Dragon Lord, and Captain Universe. In the midst of that though Captain Marvel continued to appear, such as the eighth issue which featured some early impressive work by Frank Miller. 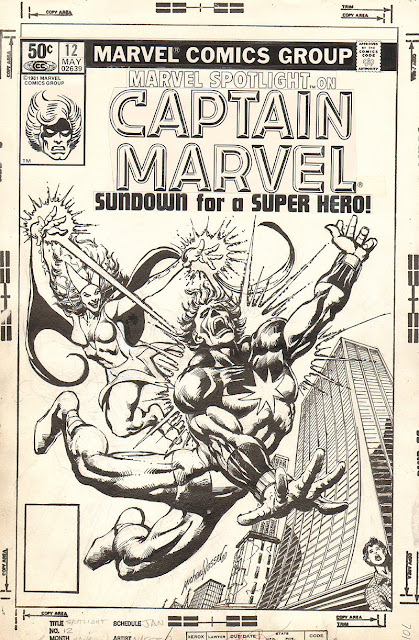 As it turns out Captain Marvel had one more Bronze Age story in him, which was scheduled for Marvel Spotlight #12. Alas the series ended with issue eleven and the story went unpublished and largely unknown for many years. The cover by Michael Nasser was produced for the never-to-be-published-on-its-own 1980 final epic. 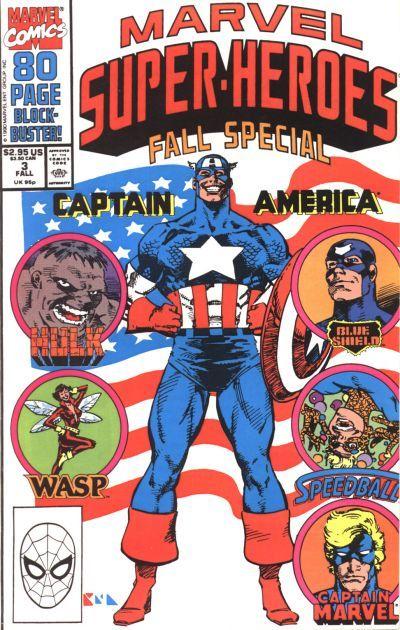 The story "Last Night the Sun Came Down...and Sang to Me" written by Peter B. Gillis and drawn by Jerry Bingham and Bruce Patterson was at last published a decade later in 1990 in the third issue of the revived Marvel Super-Heroes, a series specifically developed it seems to clear out the files in Marvel's offices.

The story dealt with Appala the Queen of the Sun and how Captain Marvel was accidentally harming her. For more check out this link.

In the case of Captain Marvel, a hero cancelled and revived repeatedly, the sun came down exceedingly slowly. But it did eventually come down.