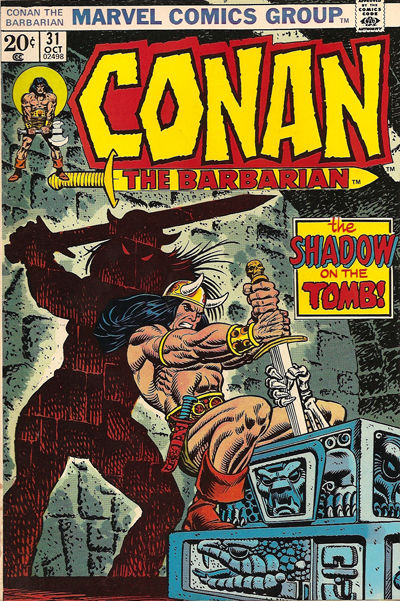 Here's a typically muscular and reasonably attractive 1973 cover by Gil Kane and John Romita for Conan the Barbarian's original run.  Despite its bright colors the image conveys a sense of mystery and impending danger as the Cimmerian plunders a tomb oblivious it seems to what his shadow is up to behind him. 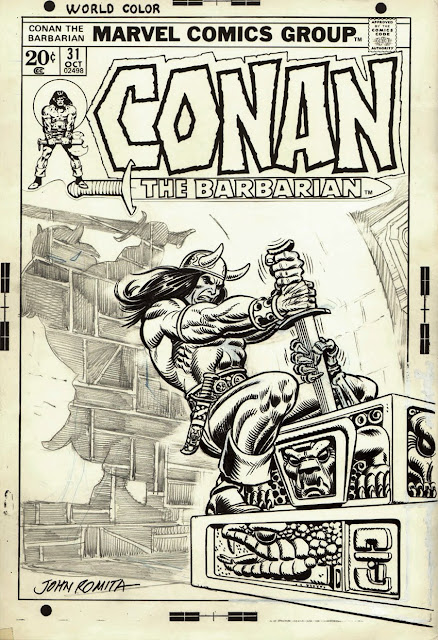 But as can be seen on this original, the shadow was dramatically altered, to less reflect Conan's posture and make the shadow apparently more independent and perhaps more distinctive and visible as a threat. I prefer the original frankly, but perhaps that subtlety would have been lost on the newsstands of the day.