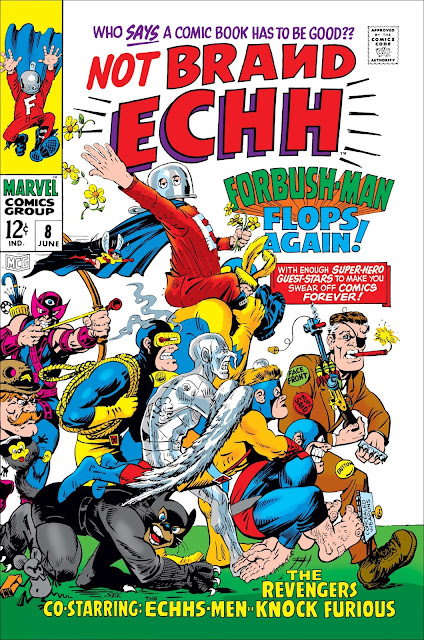 Dear Marble Gang,
This is the best issue of Not Brand Echh yet! I loved the original creation Forbush Man when he debuted in issue number five and I was exceedingly excited to see this issue in which all the stories are dedicated to his bumbling misadventures. Since this is essentially one story I won't rate the chapters but deal with them in order.
"What Price Forbush-Man?" by Roy Thomas and John Verpoorten kicks off things quite well as we meet Irving Forbush again (though without seeing his face -- great running gag) and find out why he feels the need to join a super-team. We are again acquainted with the nigh malevolent Auntie Mayhem and it's a shame what she did to poor Snoopy.
"This Fan - This Forbush!" by Thomas and artist Gene Colan was a hit with this fan. While the Avengers are indeed diminished in number (a new "Kookie Quartet" of sorts) that is reflected nicely in this "Revengers" yarn starring "Golightly, the Wisp, Hogeye and Black Panter". Forbush Man's battle against the deadly "Dang" was an disaster sending him into the depths of prehistoric times when Oops and Flinstones thrived,  and he was wise to leave out when he did.
"And The Dragon Cried...Forbush!" by Gary Friedrich and Marie Severin brings back "Knock Furious" and his witless "Agents of SHEESH" as they recruit Forbush Man to infiltrate a Chines "Raundry" which doubles as a hideout for baddies. I'll admit I didn't see the disguise of the "Yellow Paw" coming and of course sadly neither did Forbush Man.
"Beware the Forbush Man My Son!" by Friedrich and Tom Sutton was another ziner with the "Ecchs-Men" reflecting a nifty costume change like their Marvel Universe counterparts the X-Men. "Magneato" returns, but this time with the help of "Toadstool, Slicksilver, and the Scarlett Wench". It was actually nifty to see Forbush Man prove mildly effective against the Wench's hex spells thanks to his ubiquitous helmet -- great gag.
And it's all the more sad that in the end Forbush Man was unable to find a team to suit him, though that didn't stop Auntie Mayhem from klonking him with her "Plastic" rolling pin. "The Lonely Hearts Club Band" seemed receptive to a new member -- maybe poor Forbush missed his chance.
Sincerely (Not)
Rip Jagger 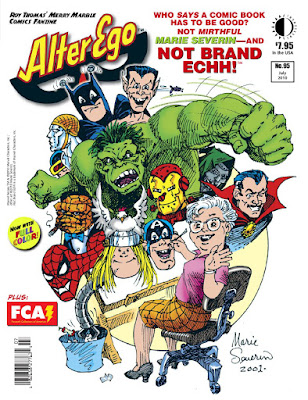 Notes and Comments: Forbush Man is without a doubt NBE's greatest contribution to the Marvel/Marble Universe. I'll have more to say about Forbush Man in a few days. But these three tied together tales are a remarkable achievement for the comic. While the satire does draw upon comics and characters which were current, it speaks especially to my fanboy heart because these are some super squads near and dear to my heart. The Avengers were at their lowest ebb, a mere three members when I hopped aboard fully, enjoying the comic as they welcomed the Black Panther to the fold. The X-Men fire up my nostalgic ardor in those offbeat costumes they wore as their comic descended slowly into the West for the first time. Nick Fury and his boys and girls were fighting Yellow Claw when I picked up my first issue of Strange Tales. So this issue of Not Brand  Echh really warms me up neatly. As for NBE itself, the editors claim that sales are hopping though as well see there have been more issues than will be created sadly.
Here are some of my favorite comic book coves. 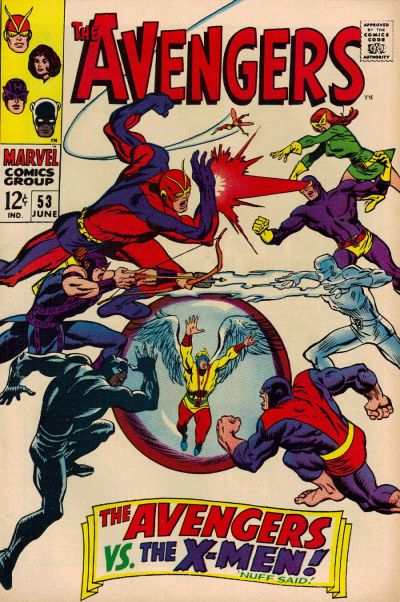 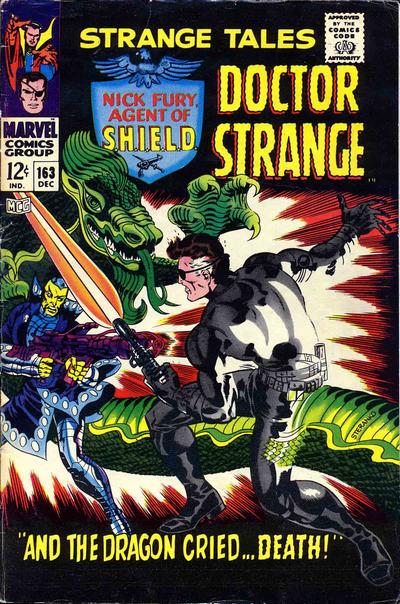 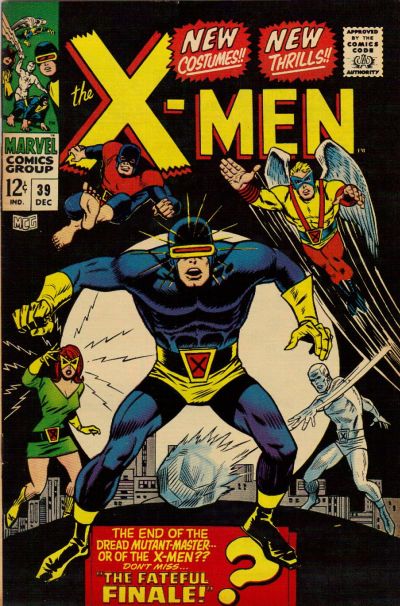 Next time Not Brand Echh goes King-Size.
Rip Off
Posted by Rip Jagger at 1:00 AM