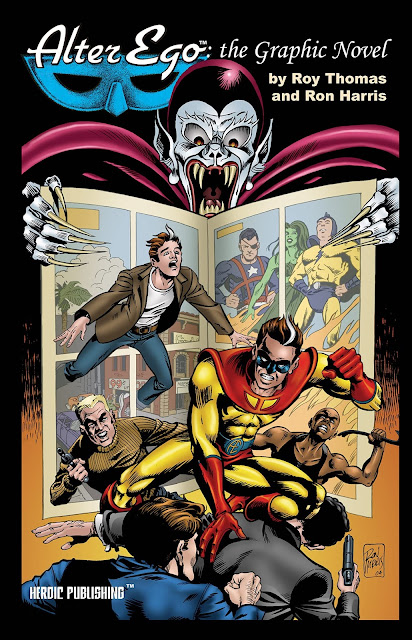 In the 1960's Alter Ego was a trail-blazing fanzine and in the 1970's it reappeared as a fascinating prozine. In the 1980's it changed once again and became the very thing which it once viewed with historical perspective, critical acumen and fanboy fervor. It became a comic book. In the 80's as we know the comic industry changed and the newsstands gave way to the comic book shop as the main means of delivering comics into the still oft sweaty hands of its readership, and with that change came many a new company to fill the expanded racks. Pacific, Capitol, Eclipse, AC, and many others. But for my money for a tiny time the cream seemed to be First Comics hailing out of Chicago, a company which seemed to combine the knew attitudes toward talent with a substantial business model. Turns out it was less impressive than I'd imagined and went away faster than I expected, but during its time among the many titles such as  a revived E-Man, Starslayer, Mars, and ground-breaking American Flagg was a humble little limited series with a famous name -- Alter Ego. 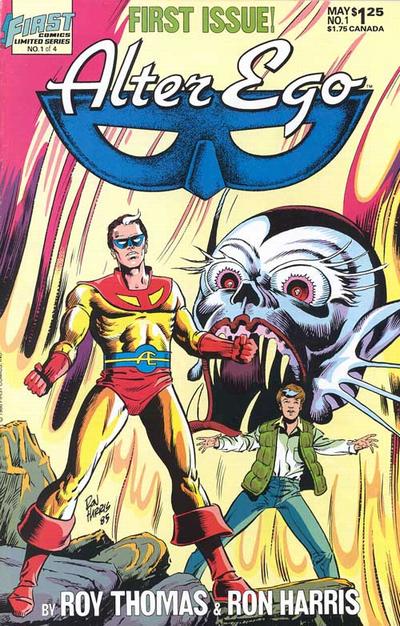 Roy Thomas, an original contributor and eventual publisher of the fanzine Alter Ego got the rights to the name and using a concept he'd imagined back in the misty days of the Sliver Age, brought together a gaggle of public domain superheroes to form a "Limbo Legion" which was to led by a boy turned superman named "Alter Ego". The details are immense for a four-issue series as is the wont of a Roy Thomas effort. The artwork by Ron Harris is adequate to the task but just and is immensely helped by the addition of inker Rich Burhett on the final two issues. 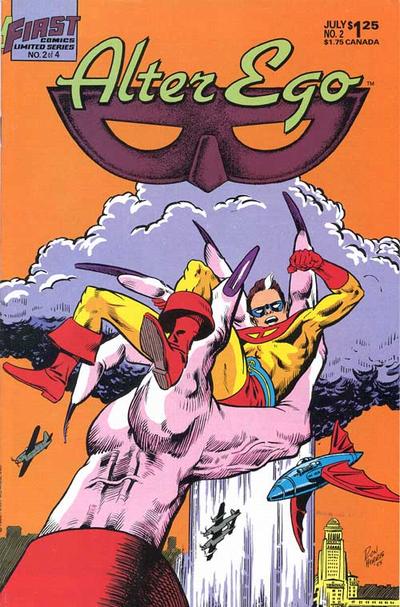 A boy named Ron Lindsay finds a comic shop and canny eye-patch wearing owner who gifts him a box of Golden Age comics. Soon that shop is destroyed and we discover the owner was none other than Captain Combat (a new name for the hero Captain Battle). In the box is a mask which when worn turns the wearer into the other-dimensional Alter Ego, a superhero of great powers who leads the likes of Skyboy (Airboy), Holy Terror (Black Terror), Scarlet Streak (Silver Streak), and other against the villain Scarlet Claw (The Claw) and his henchmen Rockjaw (Ironjaw), Uriah Heap (The Heap), and Emerald Empress (Green Sorceress) among others. 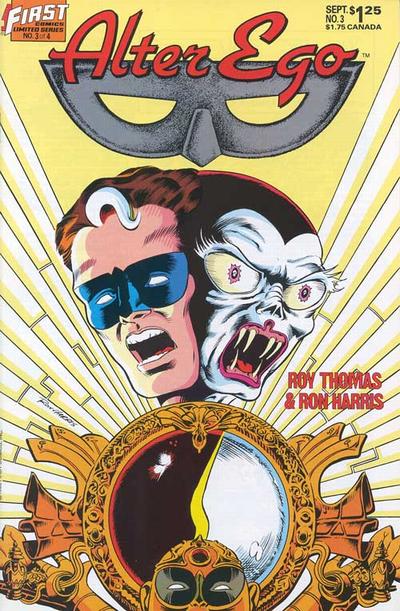 It of course turns out there is much more to the story when we learn that the origins of the Scarlet Claw and Alter Ego are actually linked in a weird way. We see batches of airplane heroes battle the Claw's forces and later a squad of jungle heroes stand up to the evil threat, as Alter Ego comes and goes into this dimension which seems still to be fighting a variation of WWII. When not there he's just Rob Lindsay questioning his sanity and trying to deal with the questions of his caretaker Grandfather and his two absent and divorcing parents as well as the officials at the school he sometimes attends. It's the bouncing back and forth between dimensions which I feel is the greatest weakness in the storytelling as it forces the concoction of various motives to drive Rob back into danger. 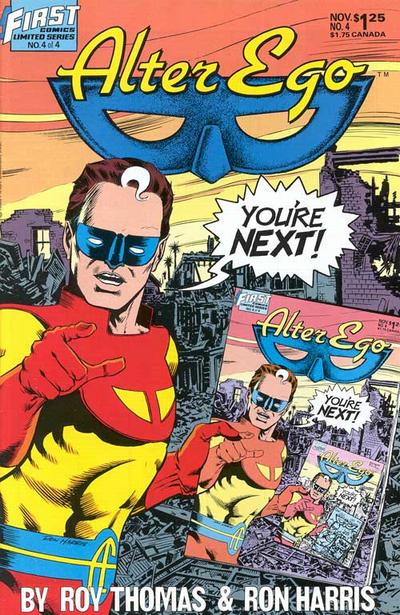 Ultimately of course the heroes win the day and it's not a spoiler to tell you that. The way in which it happens is not totally unclever at that. The weakest part of the storytelling is the incessant whining interior monologue by Rob as he moans about whatever situation he's in. It might have the veneer of realism, but it gets tedious to once again have to endure his questioning of the reality he's experiencing. He has a girlfriend who hangs by him for reasons that seem unclear, but that might just be life. Frankly I think the series needed much less of Rob's world (supposedly ours) and much more of the fantasy comic book universe into which he is propelled. But still it's a smart comic book series with a nice evergreen whiff of nostalgia, a Roy Thomas specialty. 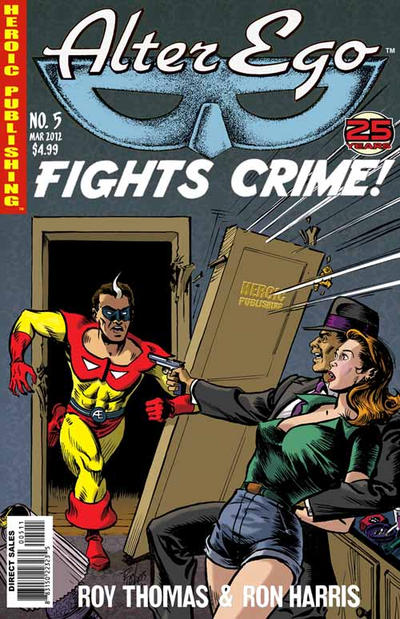 There is a fifth issue of this series celebrating its twenty-fifth anniversary and was published along with the rest of the limited series in 2012, but of course it is not included in the 2005 reprint from Heroic Publishing and I do not have a copy of it alas. 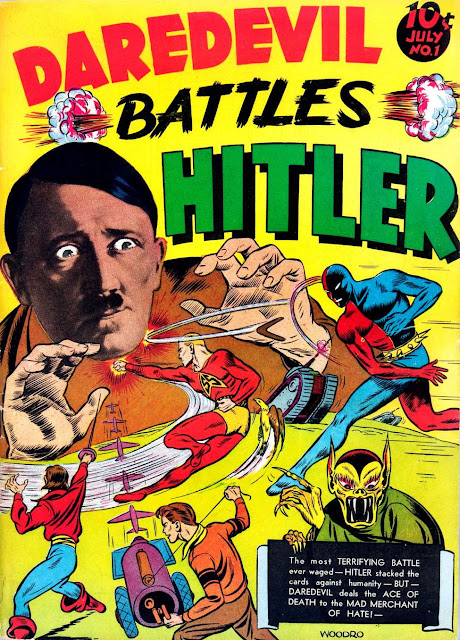 As it turns out, Roy was not the only one who had the spritely notion to harness the power of public domain heroes such as Airboy, Claw and Black Terror. Here are some others examples from the Eclipse, AC, and Dynamite publishing outfits. 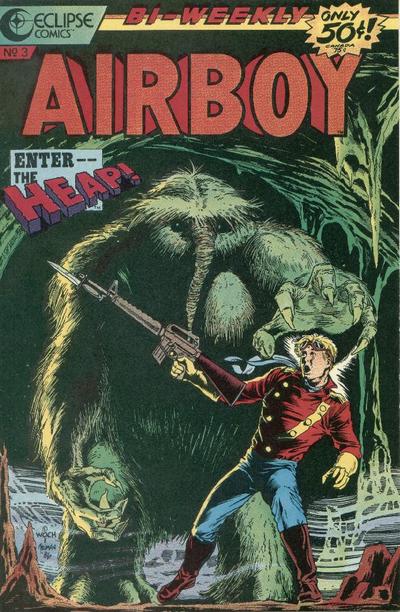 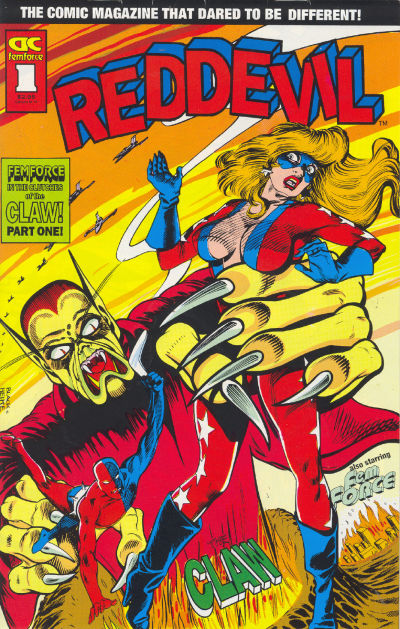 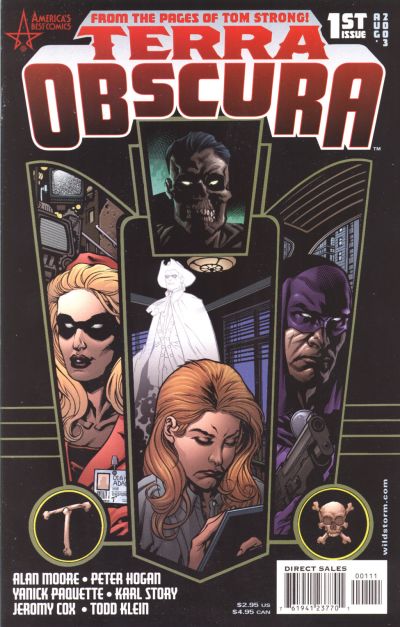 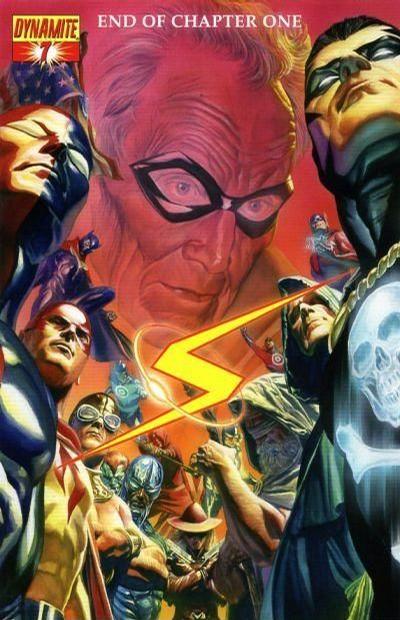