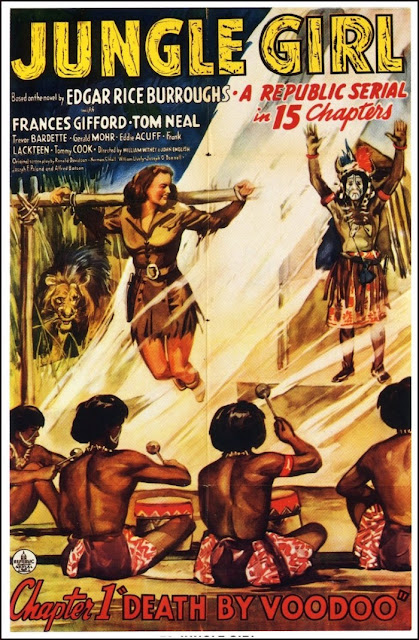 They claim that Republic's Jungle Girl  is the best of the jungle serials and I'm not going to argue too much with that assessment. It's certainly the best one I've seen with a female lead and lead she does, with gusto. Francis Gifford is a real stand out in this one and alongside Tom Neal made for a handsome adventure pair -- ideal in many ways. 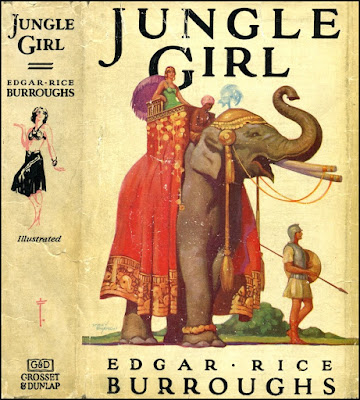 They also claim that this story is derived from the novel Jungle Girl by Edgar Rice Burroughs and on that count we can claim less success. While they do the boost of having Tarzan's creator in the credits, the movie has little if anything to do with ERB's yarn even including the name of the lead character Nyoka. 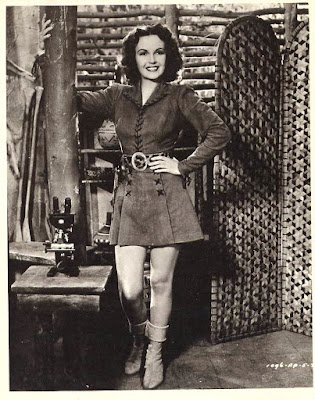 Another strike against Jungle Girl is use of non-black actors to portray the natives. There's that Burroughisan sense that these folks are derived from other stock than that which lays claim to most of the continent of Africa, but here the lack of black faces seems weird. It does though spare us the humiliation of seeing black actors treated as lesser folk. 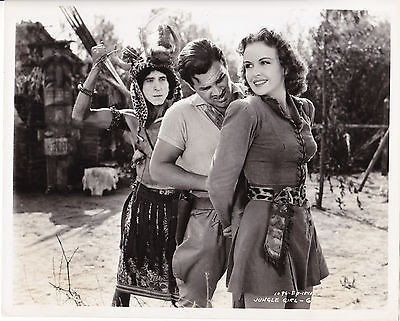 This is a Republic serial and that means action. That's the primary virtue of Jungle Girl and why I think it is so well regarded by fans of the form, the action is hot and heavy and spread well between the leads. There are some really interesting cliffhanger endings and more than a few of them actually require wit and not blind luck to survive. The story is confined to a relatively small area and actually getting out on plane forms a substantial motivation for much of the action. This keeping the action contained helps with the clarity of the storytelling which in serials can become a bit fuzzy.

All in all Jungle Girl is a winner and one I recommend. It did so well it spawned a sequel and I'll take a look at that next time.