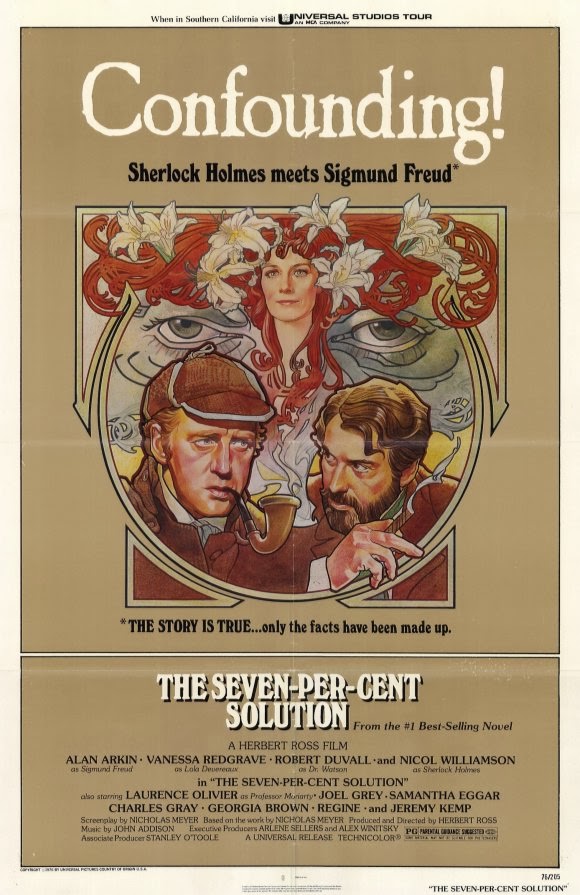 I vaguely remember Nicholas Meyer's rendition of Sherlock Holmes The Seven-Per-Cent Solution as being controversial when it landed on the stands in book form in 1974. I didn't read it then, and haven't read it since, but it made some hay and was adapted to film a few years later with a screenplay by Meyer himself. I finally got the chance to see it all a few days ago and found it entertaining enough, though certainly not anything I felt was revolutionary or especially spectacular.

Nicol Williamson was a distinctive personality on the screen, offering up in the roles I've seen him in, a fast-talking and hectic presence. He plows through dialogue with frenetic zeal and his emotional turns can be most abrupt. That persona served rather well for this particular Holmes, a man captured in the grip of cocaine addiction, an addiction which corrupts his powers of observation by blending them with delusions spawned in his youth.

As we know from the stories, Professor Moriarty is the central villain in most the Holmes story, a criminal counterpart to Holmes. But in this retelling Moriarty is played as a somewhat dithering old fool by Laurence Olivier, an arguably wretched fellow, but hardly a mastermind. He has been elevated to that status by the drug-addled mind of Holmes, and we learn that in "reality" Moriarty was the math tutor to both the Holmes boys, Sherlock and Mycroft and that there is some nefarious secret which makes him key.

Watson, in this movie played oddly and awkwardly by Robert Duvall, works in tandem with Mycroft, played by Charles Gray, a role he repeated later alongside television's Jeremy Brett, to trick Sherlock into seeing the infamous Doctor Sigmund Freud, played capably by Alan Arkin, so that the dark secrets which power his need for drugs can be identified and hopefully healed. It's a circuitous route to Geneva, but eventually all parties of interest arrive and the story is properly afoot, as we learn supposedly the real reason for Sherlock's bogus death for some several years.

Vanessa Redgrave is on hand to play a rather beautiful damsel in distress and Joel Gray and Jeremy Kemp combine to fill the roles of cads and villains. There is much dash and bother and running about, and the climax is full of action and proper danger. But in the final analysis, the movie loses its way a bit early on because we are confronted with a new phenomenon in a Sherlock Holmes cinematic story, a Holmes who is confused and weak. It makes it hard to dive headfirst into the adventure.

Things do improve as the story unfolds, but the viewer is never able to truly trust the judgments of the great detective despite his proven ability to scan for minute details. My favorite scene is when Holmes deciphers Freud's identity and habits with the details of his private office. His tricks are intact, but his larger ability to understand the world is called into such question as to undermine the very Sherlockian universe itself. 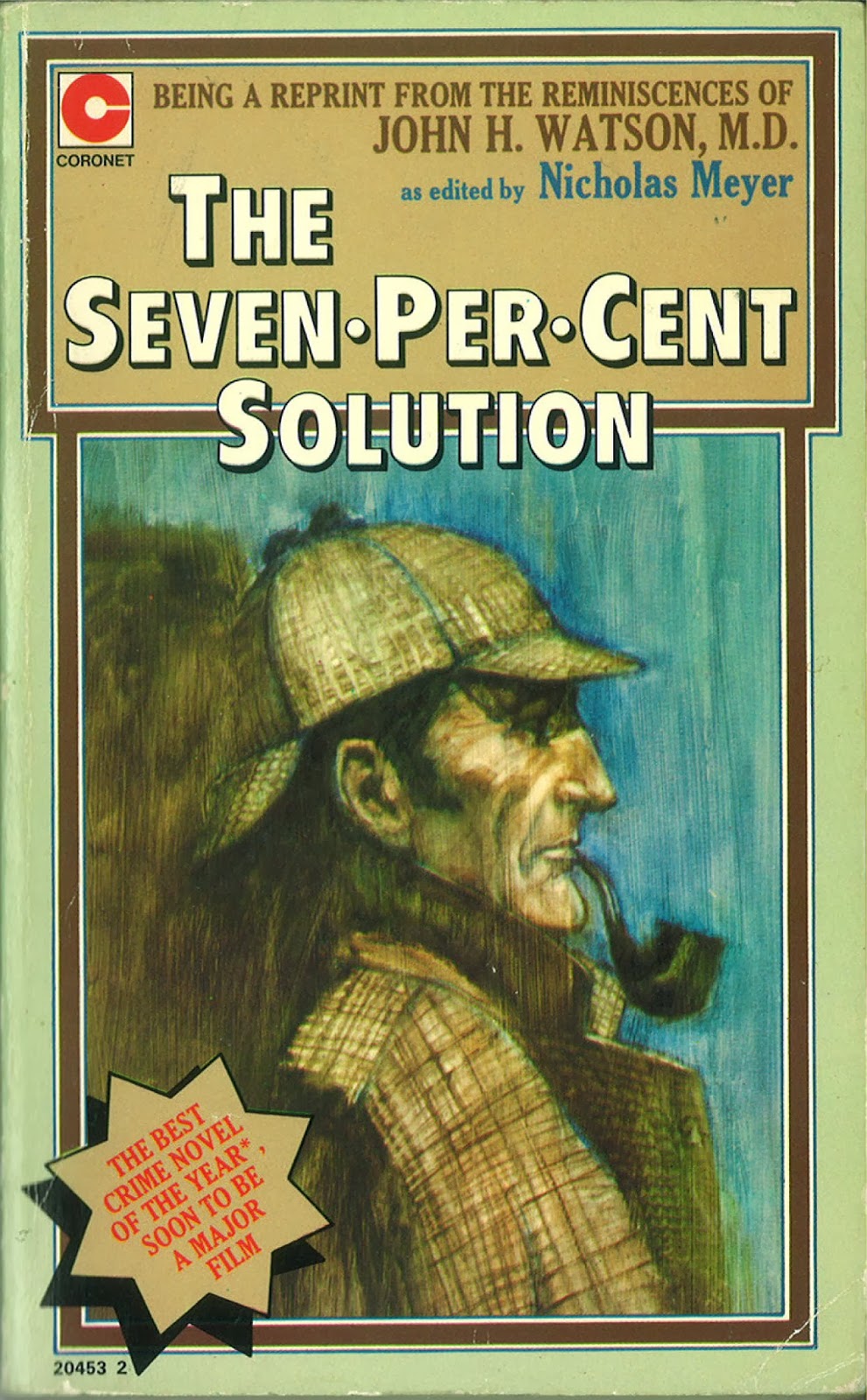 I need to get hold of a copy of this book and give it a proper read. I doubt it's the "best crime novel" of any year, but I confess to being intrigued. As for the line "the story is true...only the facts have been made up", I have no idea what that's supposed to mean.

As for the movie, it's worth the time, but not a complete success.