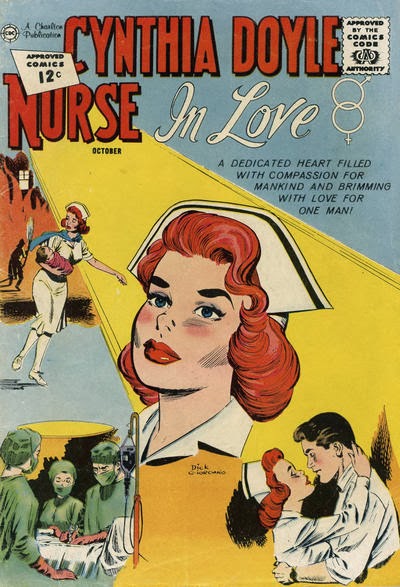 Cynthia Doyle, Nurse in Love featured some utterly fantastic covers by the late great Dick Giordano. The debut cover above is gorgeous. 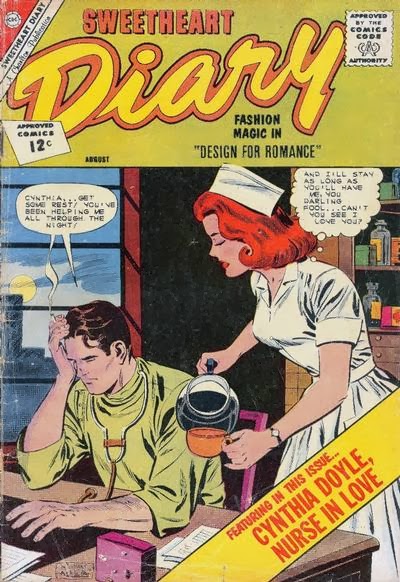 This Charlton comic was originally titled Sweetheart Diary, and Cynthia Doyle appeared in the "final issue" of that mag before the rebranding. This cover was by the journeyman duo of Charles Nicholas and Vince Alascia. 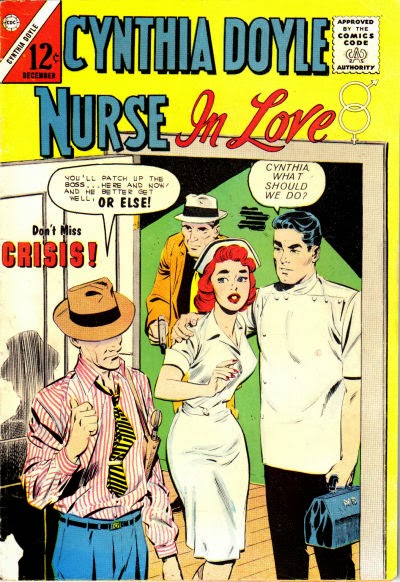 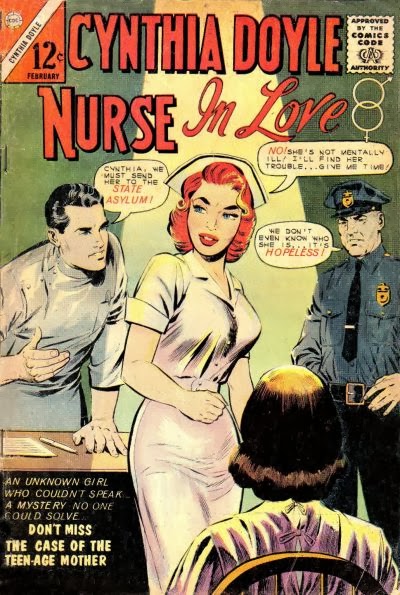 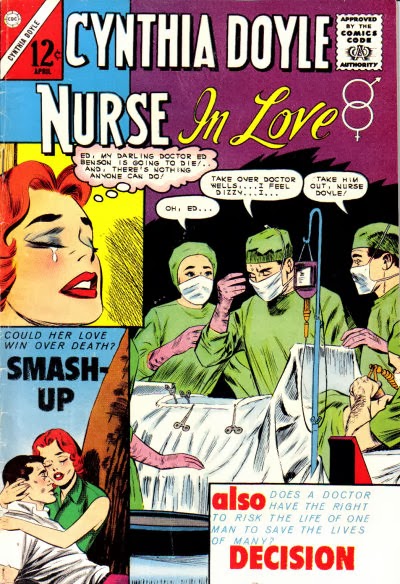 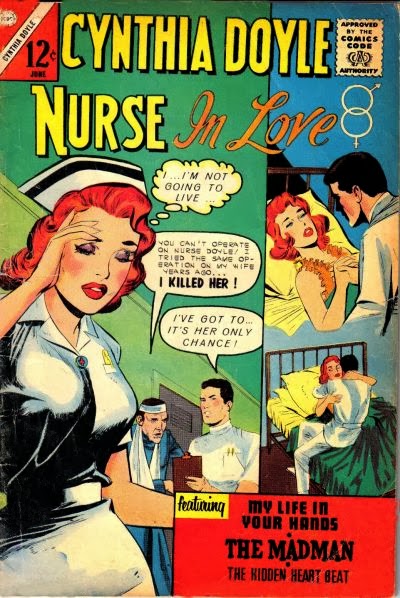 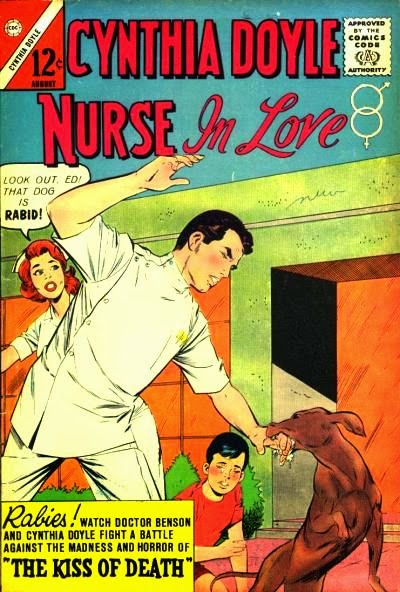 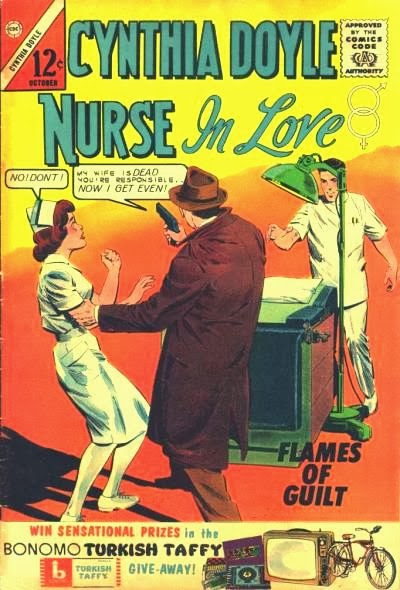 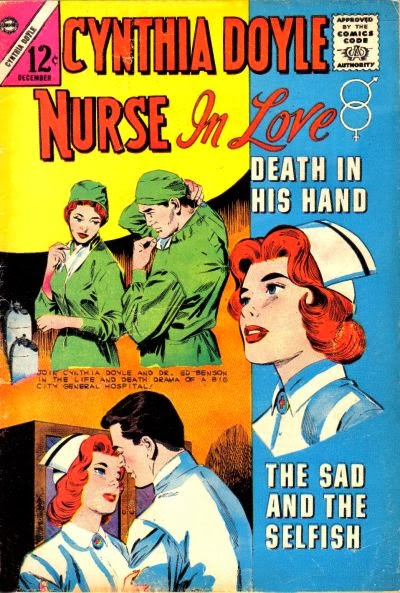 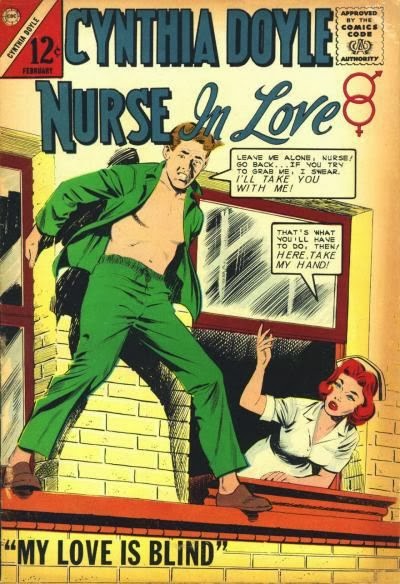 The series ended after nine issues, but all of them promised not only heart-rending drama, but some fair bit of action to boot. Below is a recreation of the sixty-ninth issue by Giordano himself. 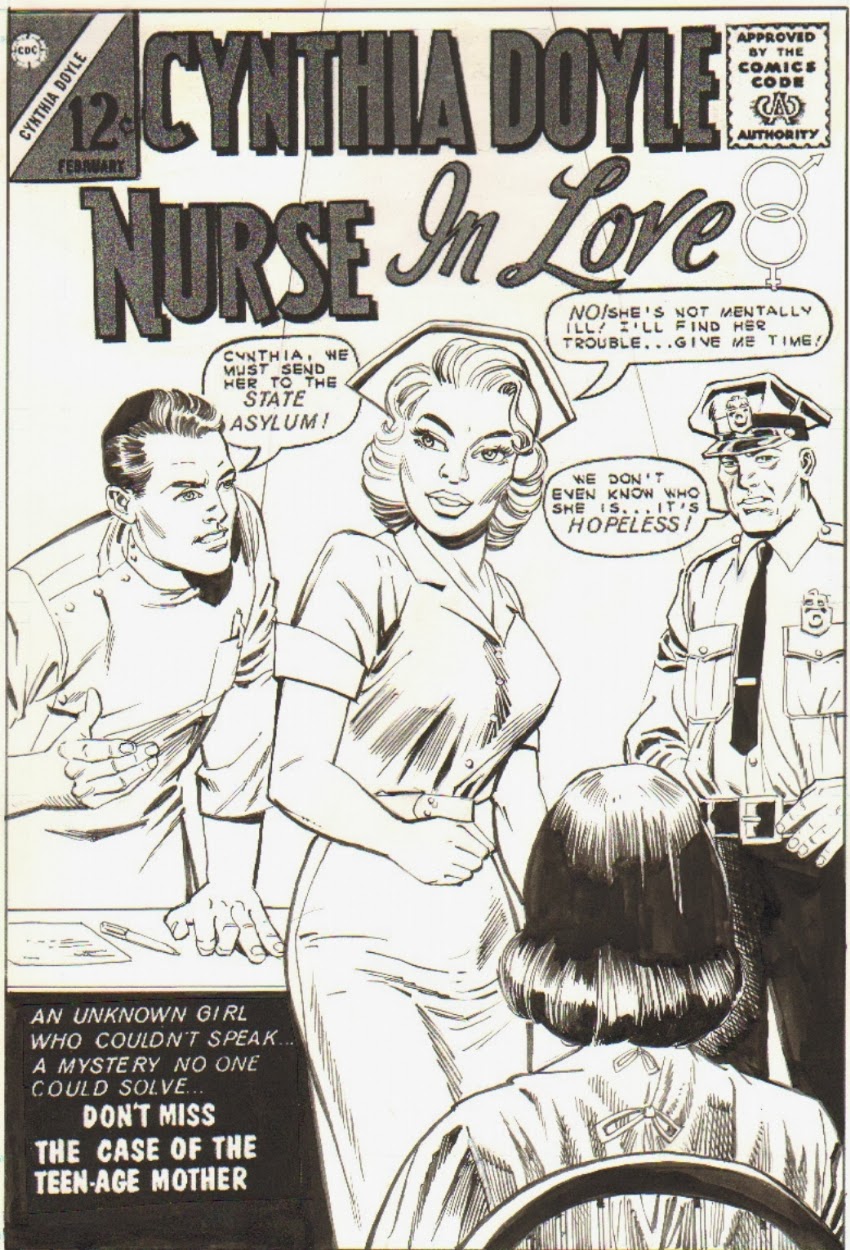 To read the story behind this striking cover check out this link.