War Of The Worlds - The Martian War! 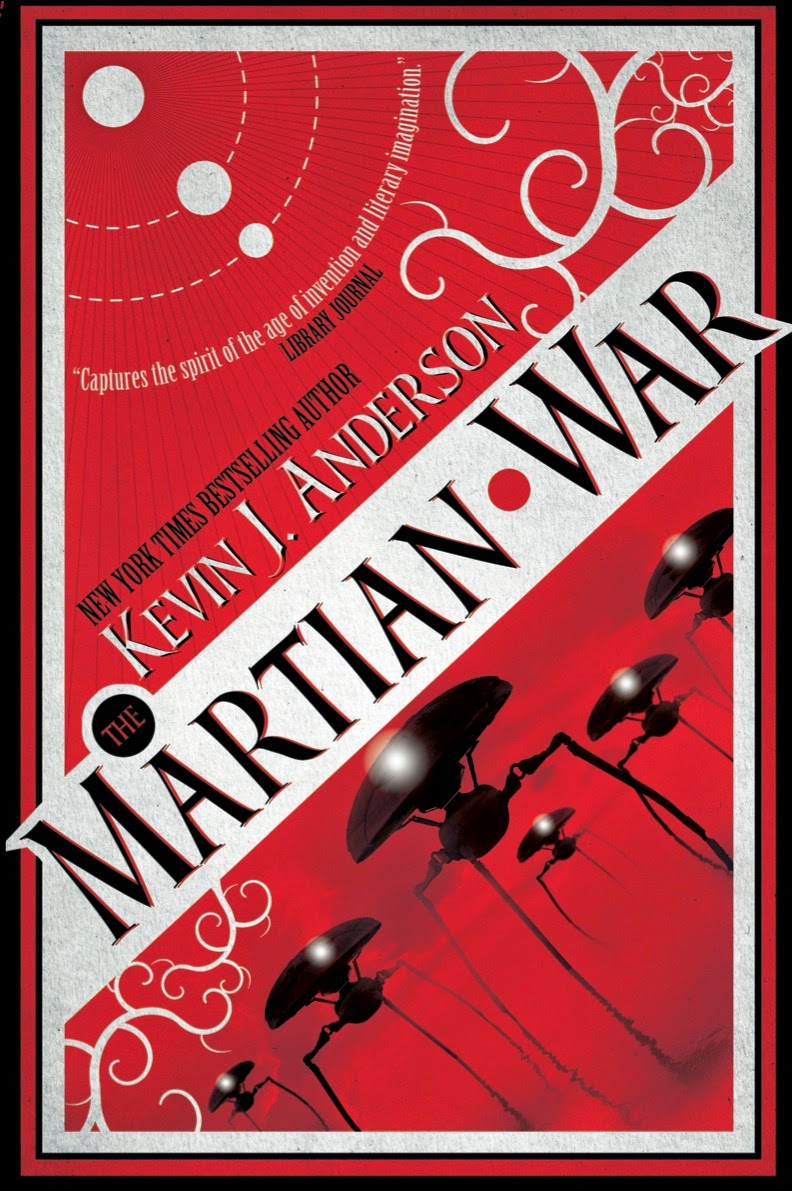 In The Martian War by Kevin J. Anderson we get to look behind the scenes, a secret history of sorts, as H.G.Wells along with a bevvy of more and less famous and some infamous colleagues wage a secret conflict against the notorious Martians.

Anderson introduces us to a young H.G. Wells and his paramour Jane Robbins, a bright and beautiful former student who plays a major role in the adventure. Along with the scientist-philosopher T.H. Huxley these two end up on an impossible odyssey away from Earth and venture to the Moon and later to Mars itself. Meanwhile Percival Lowell and his collaborator Dr.Moreau explore the nature of Martians on this very Earth.

I am loathe to say too much about this sprawling adventure which has wonderful pace and a delightfully playful style. I don't want to ruin the surprises which abound. We get to meet face to face many of the vintage Wells characters from stories as widespread First Men in the Moon, The Food of the Gods, The Invisible Man, and more besides.

You won't regret tagging along on this wild and wacky misadventure as we find out what really happened so long ago when Martians and men met for the first and last time.
NOTE: This is a Dojo Revised Classic Post.