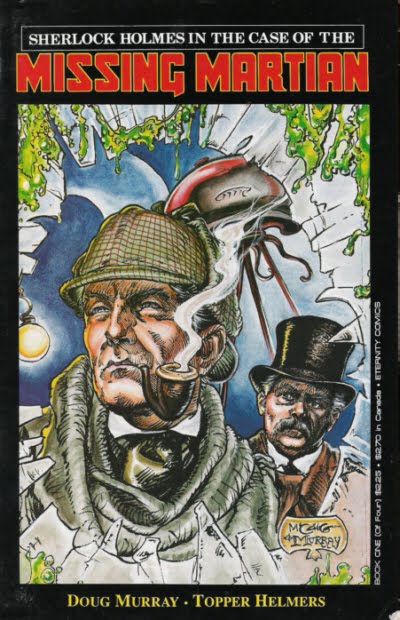 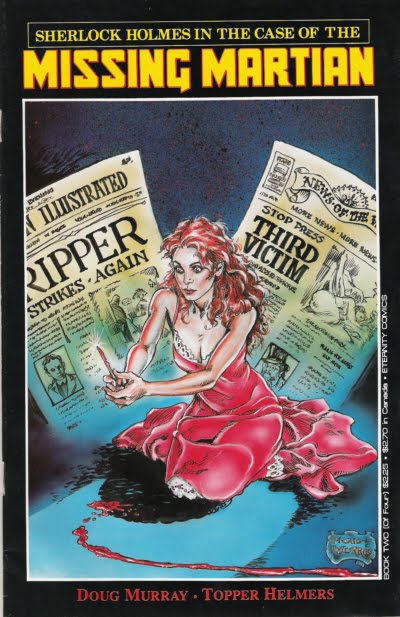 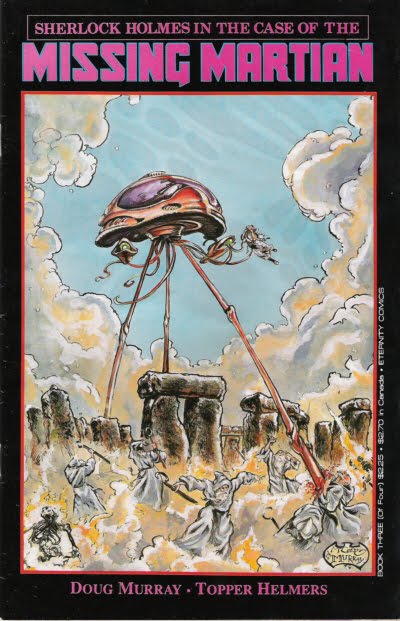 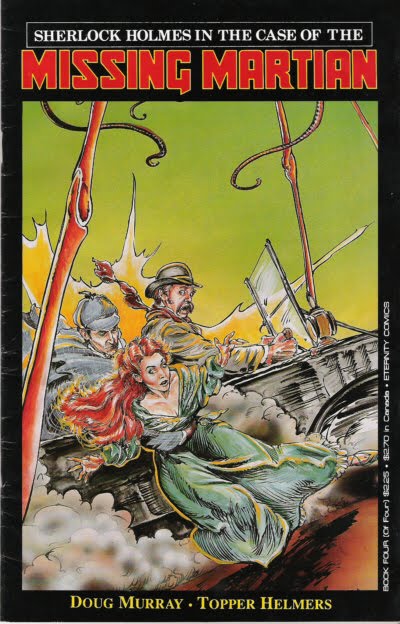 This limited series written by Doug Murray and drawn by Topper Helmers with covers by Ian McCraig was published by Eternity Comics nearly twenty years ago. I became aware of the series for the first time prowling a website dedicated to all thing War of the Worlds While doing research for my annual Halloween-season in-class presentation of the classic "panic" radio drama. The series sounded like my cup of tea, but I despaired ever finding such an oddball set of comics. But I found them pretty easily it turns out.

The story begins several years after the "invasion" and starts with the apparent disappearance of a presumably dead Martian from a museum display. Sherlock Holmes is called away from his beekeeping in Sussex to tackle the case. Meanwhile Watson is having some trouble with his wife who appears to have mental issues and is connected to an infamous criminal in Whitehall. The mystery develops with Sherlock reflecting back on what he did during the War of the Worlds and the role he and Professor Challenger had in defeating the enemy. I won't say much more, save that many classic Holmes details are present and the story does answer a mystery about Sussex.

The artwork is pretty decent most of the time and does a very nice job of telling the story. The action sequences seem to get lost a bit here and there, but the mood elements are very nicely handled. The B&W format doesn't bother me a bit, and this material actually shines because of it. The covers by Ian McCraig are colored by Murray's wife and they are uniformly handsome.

Murray's story is a solid one, not a great one. I caution any new reader not to read the text pieces by Murray until after you've finished the whole tale as he does spoil the plot a bit early on. All that said it was a fun read; I'm glad I found it.
NOTE: This is a Dojo Revised Classic Post.