Sherlock Holmes - The War Of The Worlds! 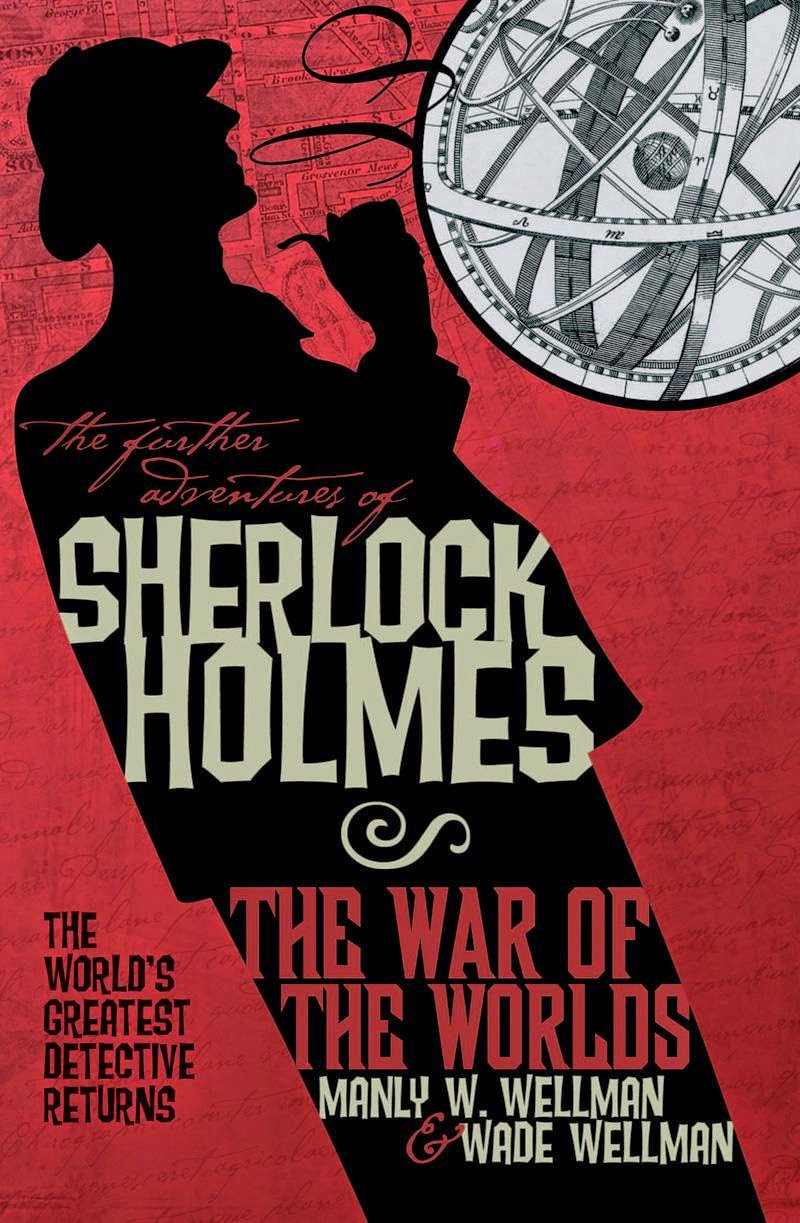 I first read this wonderful pastiche two decades ago when I stumbled across the Warner paperback edition in my local library. I was just thumbing through the rather sparse paperback science fiction section and there it was. I knocked out to find two of my favorite things (Sherlock Holmes and War of the Worlds) had been blended together in what seemed a delightful brew. 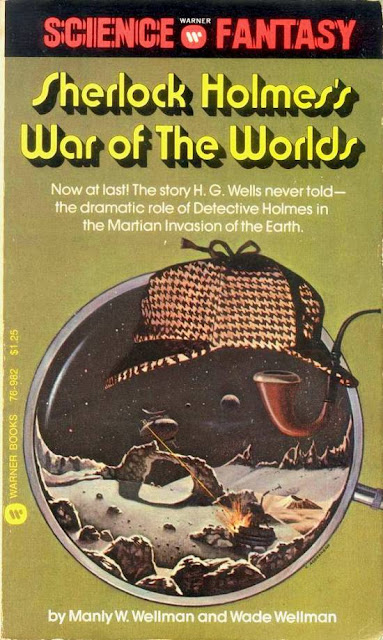 A story blending two of my favorite yarns was irresistible. I snatched it up, raced home and read it almost immediately. I confess I contemplated keeping it, but honesty prevailed, and I returned it to the library. But my good deed was not rewarded as alas that library copy, I enjoyed went missing and I was unable to find another until some years ago Titan Books started to reprint some of the more memorable Sherlock Holmes pastiches. 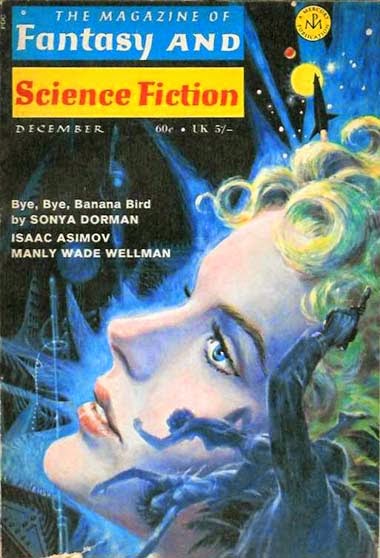 The saga began in 1969 in the pages of The Magazine of Fantasy and Science Fiction when Wade Wellman assisted by his famous father Manly W. Wellman wrote "The Adventure of the Martian Client". The younger Wellman had been inspired by the movie A Study in Terror which had the Baker Street sleuth tackling Jack the Ripper. 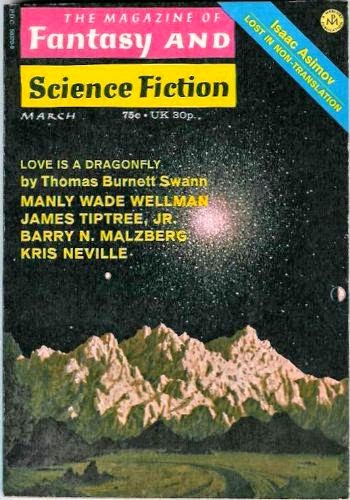 Several years later in 1972 they revisited the concept in another issue of TMoFandSF with the story "Venus, Mars, and Baker Street".

The idea seemed too good to let go and so they worked up a few more installments and created the patchwork "novel" Sherlock Holmes - The War of the Worlds which came out from Avon in 1975. This is the edition I first read.

The story reveals its origins in its construction. We first meet Sherlock Holmes when in partnership with Professor Edward Challenger he locates and plumbs the depths of a mysterious crystal egg found in an out of the way curio shop. The pair realize they are seeing a distant location, another world in fact, the world of Mars.

Soon enough the world becomes award of the Martians when the cylinders begin to drop. We follow first Holmes and then later Challenger in separate adventures as try to survive the onslaught of the Martian machines. But all the while they plot what might work to defeat the invaders.

Watson joins the team as the inevitable end of the invasion becomes evident. There are lots of fun bits of business calling back to the classic H.G. Wells story which spawned the fun, but the Wellmans seem to want to present in Holmes and the braggart Challenger a more defiant humanity than does Wells, a humanity who doesn't shrink in times of war but rises to face the challenge.

If you're a fan of either Sherlock Holmes or The War of the Worlds, or like me both, you must read this wonderful saga. It will offer up fascinating insights into both.

And I haven't even mentioned Sherlock's fascinating relationship with Mrs. Hudson. Hoo Boy!
NOTE: This is a Dojo Revised Classic Post.